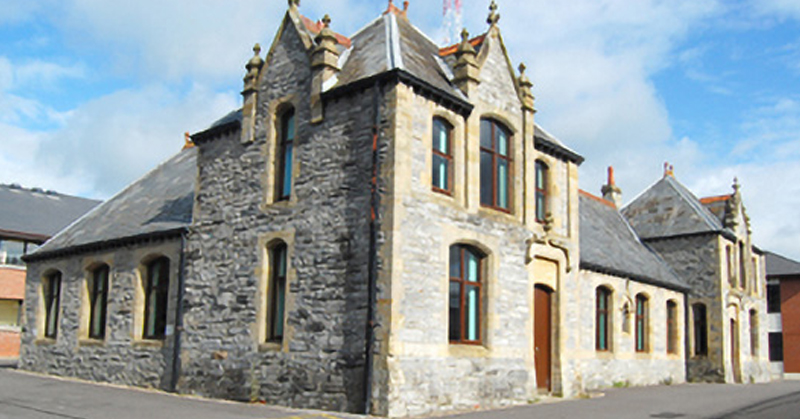 Historic Lifford buildings to be named after local figures

Two influential figures of East Donegal are set to be commemorated with the renaming of buildings at the Old Army Barracks site in Lifford.

The buildings commonly known as The Prior School and Mc Intyre Building are in line to be officially named after Miss Eleanor Prior and Captain Kevin Mc Intyre respectively.

Cllr Gerry Crawford brought the suggestion to Donegal County Council today, where it was agreed that the council can move forward with formalising the commemorations.

No works have taken place yet on the former Prior School. The school was named after Miss Eleanor Prior of Ballindrait, who made provisions in her will to build a school in Lifford at a cost of £2,000. The school was completed by 1880 and the building has had a historical link to Lifford and Strabane ever since.

The school was merged with the Royal and Prior Comprehensive School in Raphoe in the 1970s. Cllr Crawford told the council that it was vital that the Prior name remain on the former building in Lifford in light of the history of the school community and the legacy of students who passed through the school.

The Mc Intyre Building was so-called as a mark of respect to Cpt Kevin Mc Intyre, who served at Lifford Army Barracks and whose family had a long connection with Donegal County Council, according to Cllr Crawford. Mc Intrye House operated as an army base from 1974 to 2009.

Donegal County Council has confirmed that the work at the former army barracks is complete and Council staff are occupying the new office accommodation.  Another building has been leased to the Office of Public Works and planning permission has been granted for significant works to the building and other works at the site. The works are set to help to regenerate the complex further.

The council stated that the future use of the Prior School will be careful considered due to the character and structure of the building.

The executive said: “The Council has not finalised plans for the use of the building but will be exploring options in this regard including the potential sources of external funding that might be available to help with the cost.”