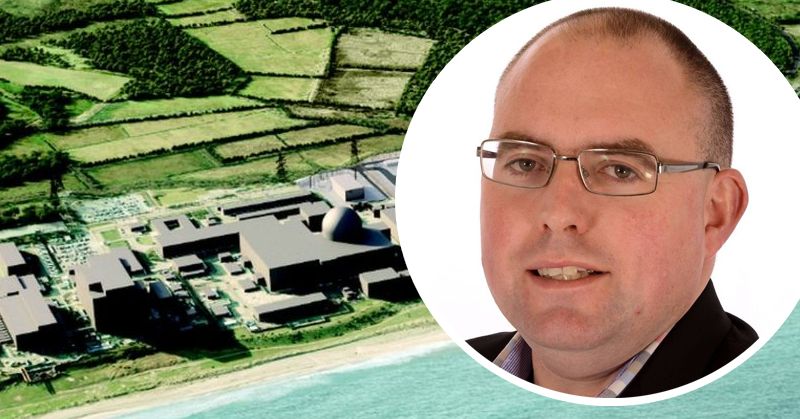 A Donegal County Councillor has raised serious concerns about the potential impact of a proposed nuclear power station in England.

Independent Cllr Michael McClafferty spoke out over plans to build a nuclear facility in Suffolk on the east coast of England.

Cllr McClafferty has asked the council to bring his concerns to all relevant government departments. Speaking at the monthly council meeting on Monday, Cllr McClafferty said his research into nuclear power stations brought up “alarming” issues.

Cllr McClaffery told the council he was concerned about the “legacy of problems” associated with nuclear facilities.

“They are not safe by any manner or means, leaks and explosions can and have happened,” he said.

The Sizewell C station in Suffolk, if given the green light, is expected to take between nine and 12 years to construct. Each planning authority in Ireland was notified of the application for the development of the project and a public consultation is open in Ireland until 28th October.

Cllr McClafferty said he was also concerned about the Sellafield plant being “on our doorstep.”

“Britain has been classed as the dustbin for nuclear waste, I don’t want to see Ireland becoming dustbin number two,” Cllr McClafferty said.

Cllr McClafferty added a call for an investigation into barrels of waste which were rumoured to be dumped off Tory Island in the 1950s.

“It’s time we got down to identify what’s in these barrels once and for all,” Cllr McClafferty said.