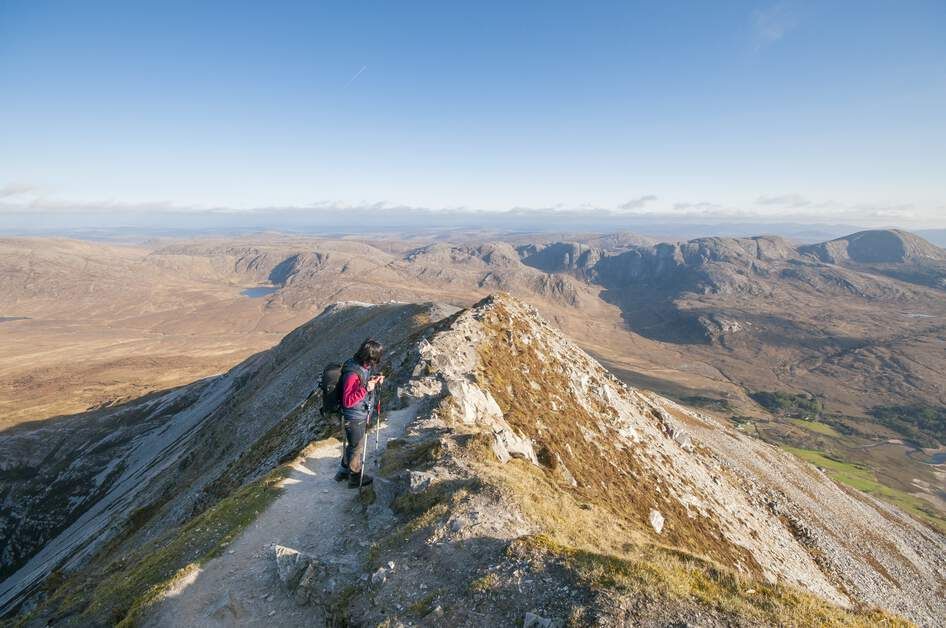 Crowd and parking issues at Donegal hotspots under review

Donegal County Council is set to review facilities at top tourist locations in Donegal after a bumper summer.

The ‘staycation’ campaign of 2020 saw crowds flocking to the county’s most popular attractions, where some challenges arose with parking, roads and camping facilities.

Independent Councillor Michael McBride has asked the council to review problem areas in order to “provide for the numbers of people that we have the potential to get.”

“We should start by thanking everyone in Donegal County Council involved in promoting tourism in the county and to all the business people coming out of lockdown, to appreciate how they handled the situation,” Cllr McBride told this month’s county council meeting.

“There were massive crowds in Donegal. People who were here for the first time were stunned by the scenery and the people that we have, and I think most will be back again,” Cllr McBride said.

The unprecedented number of visitors led to parking problems at areas such as Glenveagh National Park and Errigal Mountain.

“The crowds on Errigal mountain were incredible. We don’t have the facilities at the bottom. If you had a car park that held 100 cars it wouldn’t have been sufficient on certain days,” Cllr McBride said.

Cllr McBride has also called on the council to examine campervan parks and provide more facilities along the Wild Atlantic Way. The council is expected to tender a study on opportunities and challenges facing the Caravan, Camper Van and Camping sector in Donegal in the coming weeks.

Cllr Gallagher highlighted the success of investment made at Sliabh Liag, Fanad Lighthouse and Malin Head up to 10 years ago.

Cllr Gallagher recommended that the council should identify tourism projects of large, medium and small scale throughout the county, and work on a cross directorate basis to ensure project development and infrastructure is put in place for the tourism sector to grow further.

Cllr Gallagher said: “What I am proposing, with all the doom and gloom that we have gone through in 2020, that we start again. The projects don’t have to be the same scale as before, but we look at other projects and give hope to communities out there and build the infrastructure we need.”