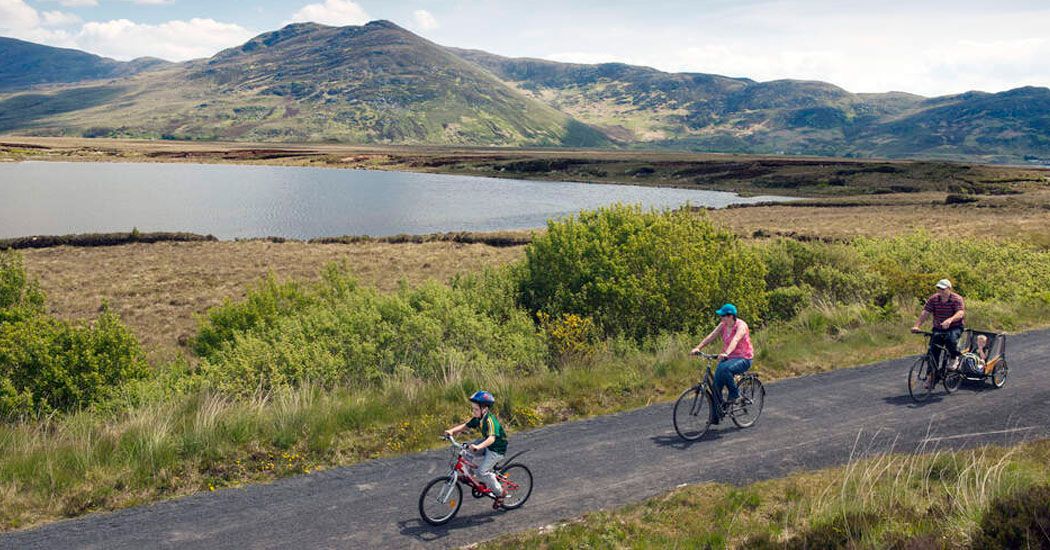 Letterkenny-Milford Mayor Donal Coyle is urging the council to pursue an ambitious proposal to build greenways on both sides of the River Swilly.

Greenway cycling and walking routes could be built to connect Letterkenny with the proposed
Buncrana/Newtowncunningham Greenway and with Ramelton, Rathmullan, Fanad Head and Carrigart, Cllr Coyle said.

Speaking at this week’s Letterkenny-Milford MD meeting, Cllr Coyle said: “The beauty of this country’s outdoors is one of our greatest assets and greenways are playing a major role in allowing people to experience and enjoy that beauty.”

Cllr Coyle said the tourism, health and wellbeing and safety aspects of having a non-motorised path would be immense and greenways deliver an “immeasurable” spin-off for local businesses. Furthermore, he said that greenways fall in with the government’s intention to transition to a low-carbon economy by 2020.

“At the moment, work is progressing on the Buncrana to Derry greenway but here in this municipal district there is very little happening as far as greenways are concerned,” he said.

Cllr Coyle proposed that a greenway could be constructed on the east side of the Swilly which would run through Manorcunningham and link with the proposed route in south Inishowen.

A second greenway, Cllr Coyle said, could start at Newmills, follow the Thorn up to Ramelton and progress through Rathmullan and on to Fanad Head to cross the Harry Blaney Bridge and connect to Carrigart and on to Creeslough, from which it could connect with the proposed Letterkenny-Burtonport greenway.

Cllr Coyle added that he was also looking for a link from Kindrum in Fanad to Carrigart and along the Wild Atlantic Way.

“This certainly would be an ambitious project but one that would be well worth vigorously pursuing. We need to be looking long term at this and taking it in stages. We need a workshop on this to get it up and running,” Cllr Coyle said.