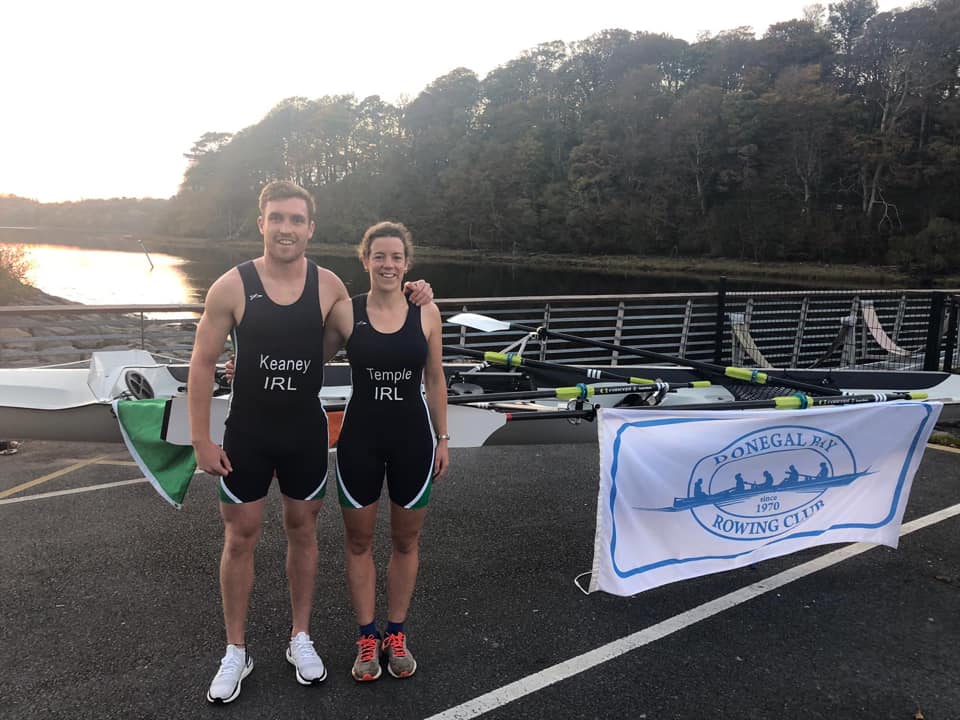 Keaney, who was on the Donegal squad that reached the 2014 All-Ireland final, had to hang up his boots due to injury at just 24.

Keaney has previously told how rehabilitation from a series of debilitating hip injuries meant that he had to learn how to walk again.

Now, though, he has found a new calling in rowing.

Keaney and Temple will represent Ireland at the  European Rowing Coastal Challenge which takes place from Friday-Sunday, October 23-25. The Championships take place at Marina di Castagneto in Livorno, Italy.

“It’s a big event for a small club,” their coach, Patrick Brady, said.

“It’s the first time the club has been represented at international level.

“They’re being well prepared and this is to benchmark their exploits in Ireland against European competition. You need to see how good you are against competitors abroad.”

The Donegal duo qualified after securing bronze in the in the CMix2X Mixed Double event at the 2020 Irish Offshore Rowing Championships two weeks ago in Portmagee, Kerry.

They will compete in the Mixed Endurance Race ECMix2x and the Beach Sprints BCMix2x.

Brady said: “Luke had significant issues which impact on his GAA career, which were very unfortunate. Rowing is a non-weight bearing sport and is non-contact. The biggest issue is motivational. He is extremely motivated. He has a never-say-die attune.

“Rosy is a significant endurance athlete and that makes them a very good combination. I find it very invigorating to watch them. We’re very proud of them in the club.”