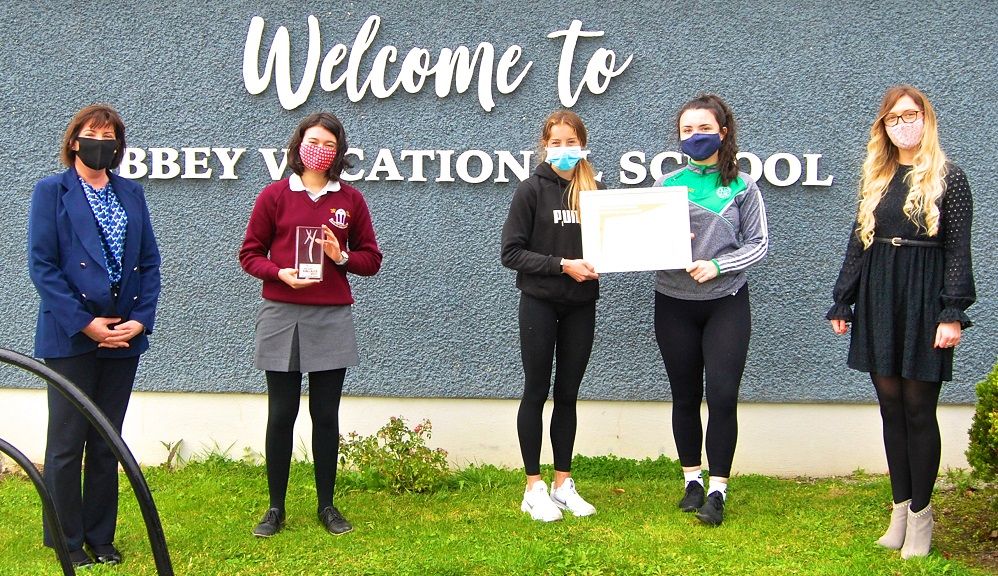 Three Donegal schools were today honoured at the Young Social Innovators (YSI) Awards for their positive impact in helping to create a more equal, fair and sustainable world.

Picking up one of only three Spotlight Awards available, the team from Abbey Vocational School in Donegal Town, won the Social Media Award for its Keeping Up With “Reality!” project.

The Spotlight Awards recognise excellence in the areas of social media, global citizenship, and advocacy and fundraising.

The Abbey Vocational School project highlighted the unrealistic expectations posed on young people by social media and reality television. They appeared on local and national media to promote their positive message – that we should be happy in ourselves just the way we are.

The Royal and Prior School in Raphoe achieved their Schools of Excellence Award, recognising its commitment and leadership in supporting student and teacher involvement in social innovation education.

Marie Boyce, a teacher from Scoil Mhuire Secondary School in Buncrana, won a Let Them Shine Award for her five-year involvement in the YSI programme. These awards recognise the dedication and commitment of the inspirational and supportive teachers that facilitate YSI programmes with students over a prolonged period of time.