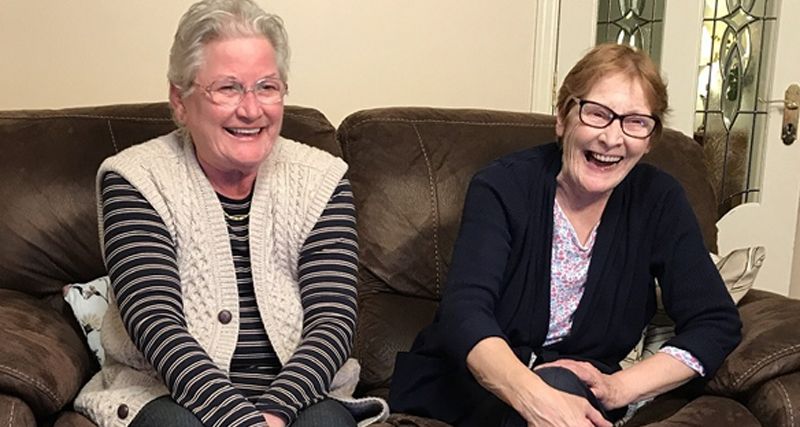 Sisters forced to quit Gogglebox due to visiting ban

Donegal-based sisters Barbara and Janet have been cut from Virgin Media One’s ‘Gogglebox Ireland’ due to Covid-19 rules.

The popular duo have starred in the reality programme for more than a year, but because they do not live together they can no longer take part.

Ardara B&B owner Barbara Frost and retired social worker Janet Given usually met up to comment on the latest TV shows and events, but the final episode of the series will continue without the Belfast sisters and with a reduced line-up.

Commenting on the new changes, Series Producer of Gogglebox Ireland, David Noble said; “It’s such a shame that we have to tweak the cast so close to the end of the series. They will be greatly missed but we are delighted that this show can be kept on the road for two more weeks and more than confident that our remaining cast will deliver the usual hour of midweek joy that is Gogglebox Ireland”.

Gogglebox Ireland airs tonight, Wednesday 21st October at 9pm on Virgin Media One. The final episode of the series will air on Wednesday 28th October at a later time of 10pm.