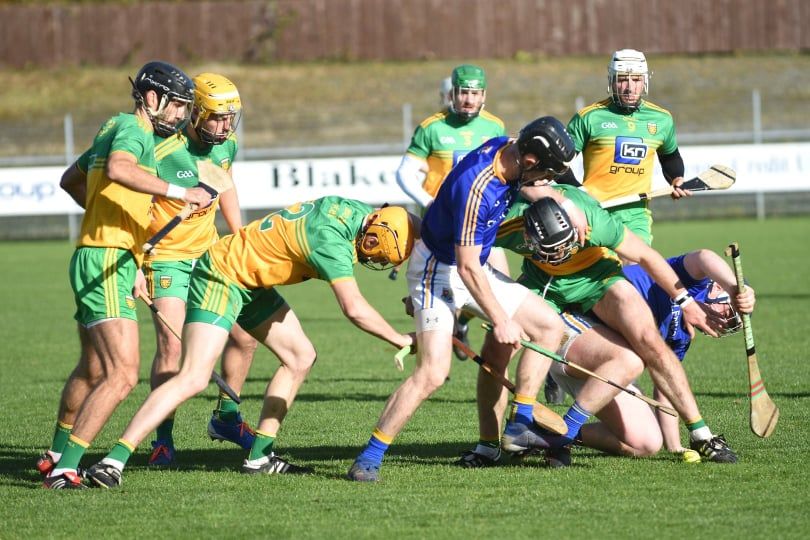 DONEGAL booked a place in the Nicky Rackard Cup semi-finals with a hard-fought win over Longford in Letterkenny.

By Charlie Collins at O’Donnell Park. Pictures by Geraldine Diver

Second-half goals by Richie Ryan and Ronan McDermott put Donegal through to the last four.

Donegal were six points up at half-time and held sway thanks to the goals.

Ryan had a goal disallowed for a squire ball infringement, but the Dungloe player was celebrating just a minute later.

Ciaran Matthewson’s shot came off the bar and Ryan pounced to finish.

That put Donegal 1-11 to 0-9 ahead, but Longford hit back in the closing stages when Alan Ward fired over.

Two minutes from the end of normal time, though, Ryan teed up McDermott and the Burt man finished past Eanna Daly. 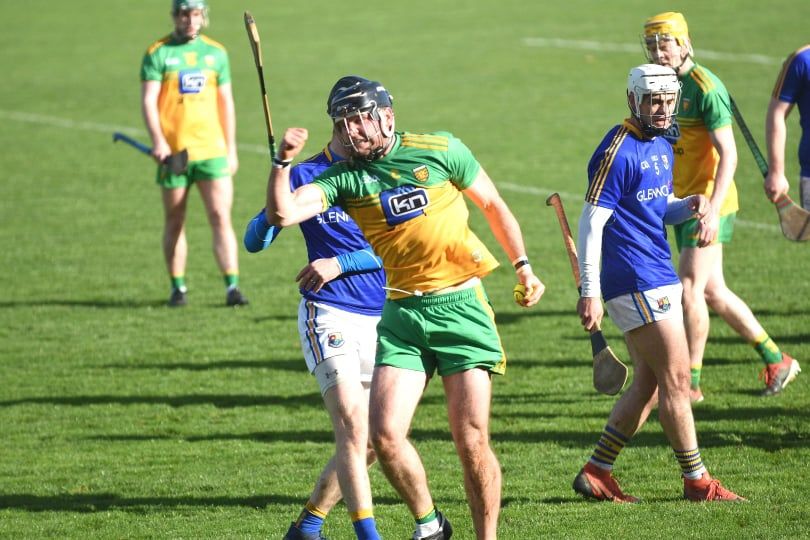 This was a first run out for the Tir Chonaill hurlers since they won the Division 3A final against Armagh in March.

Now, Donegal are just one game away from a Nicky Rackard Cup final appearance.

Early in the game, Longford led when Luke Kelly drilled over, but Declan Coulter and Bernard Lafferty turned the tide for the hosts.

At the water break in the first half, the teams were level at 0-2 apiece with Joe O’Brien striking a levelling point for Longford.

Lafferty and Jack O’Loughlin, with a superb score after a four-man move, had Donegal in front.

A flurry of scores from Setanta ace Coulter and another by Ronan McDermott put Donegal five ahead by the half-hour mark.

Coulter arched over in stoppage time for a 0-11 to 0-5 half-time lead.

It had been a slow-burner but with Coulter on fire Donegal took a charge in the second quarter, although they needed the addition of the goals to seal their passage.