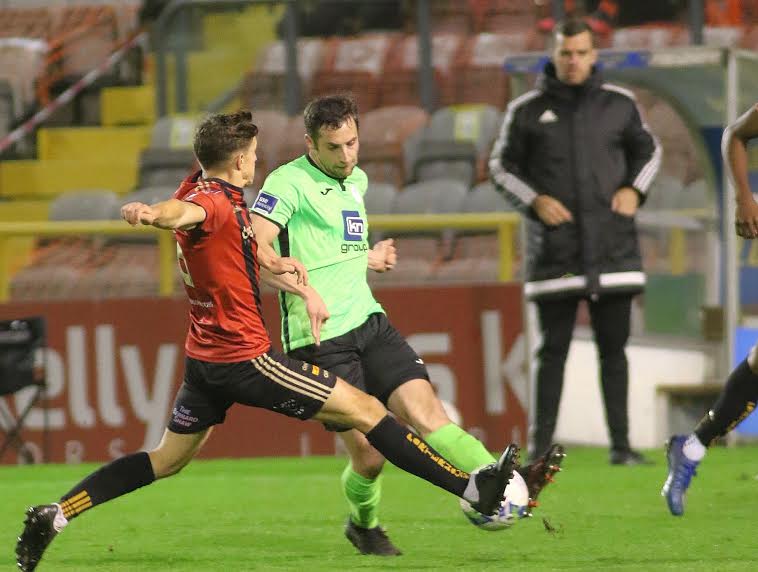 Listen: ‘We did it ourselves’ – now, Gareth Harkin wants Harps to avoid play-offs

GARETH Harkin says Finn Harps should try to reel in some of the teams now in their immediate line up sight after avoiding automatic relegation.

A 2-0 win over Bohemians last night saw Harps take a first away win over the Gypsies since 1999. The victory ensures that Harps will, at worst, be in a play-off.

But with three home games to finish the season – starting against St Patrick’s Athletic on Wednesday – Harkin believes Harps could pull off another shock.

“The most pleasing thing is that we did it ourselves,” Harkin told Donegal Daily/Donegal Sport Hub.

“That was the most satisfying thing that we did our own business. That’s one thing to check off now, but we need to push on.

“We defended well and got another clean sheet, which is massive. The most pleasing thing is that we held out.

“We need points. If we could get a few more and drag a few teams into the play-off battle.”

He said: “It’s a very talented, technical squad. There’s good competition for places. We’ve let  a few points go and we could be a lot closer to a lot of teams. It’s the best technical squad that I’ve been around, but we need to build now.”