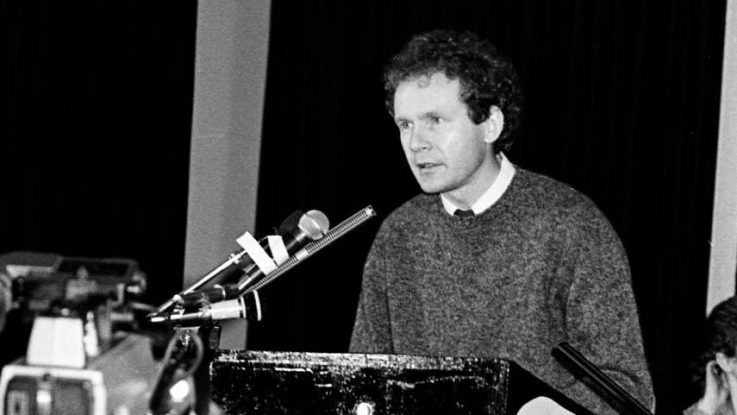 A new documentary on the life and times of the late Martin McGuinness will be screened at the 33rd Foyle Film Festival, which goes virtual this year.

The festival will take place from November 20th-29th and the theme of change and challenges will be reflected throughout.

Gaoth Dobhair director Sonia Nic Giolla Easbuig’s documentary on Martin McGuinness will feature through a partnership with the Belfast Film Festival. The online screening of ‘Martin McGuinness – I Fought, I Made Peace, I Made Politics’ takes place on Wednesday 25th November at 6pm and can be booked online here.

Sonia Nic Giolla Easbuig is an award-winning filmmaker, based in Bunbeg, who has been producing and directed films and programmes for over 20 years.

Martin McGuinness – I Fought, I Made Peace, I Made Politics features a wealth of interviews and personal memories from McGuinness’ political colleagues, opponents, family and friends. This film sheds new light on the life and career of a complicated political figure, and a man who contributed so much to the Peace Process.

The documentary contains new and exclusive interviews with the people who knew and worked alongside McGuinness and it contains his last ever interview.

For more information about the screening, see : https://belfastfilmfestival.org/films/martin-mcguinness-i-fought-i-made-peace-i-made-politics