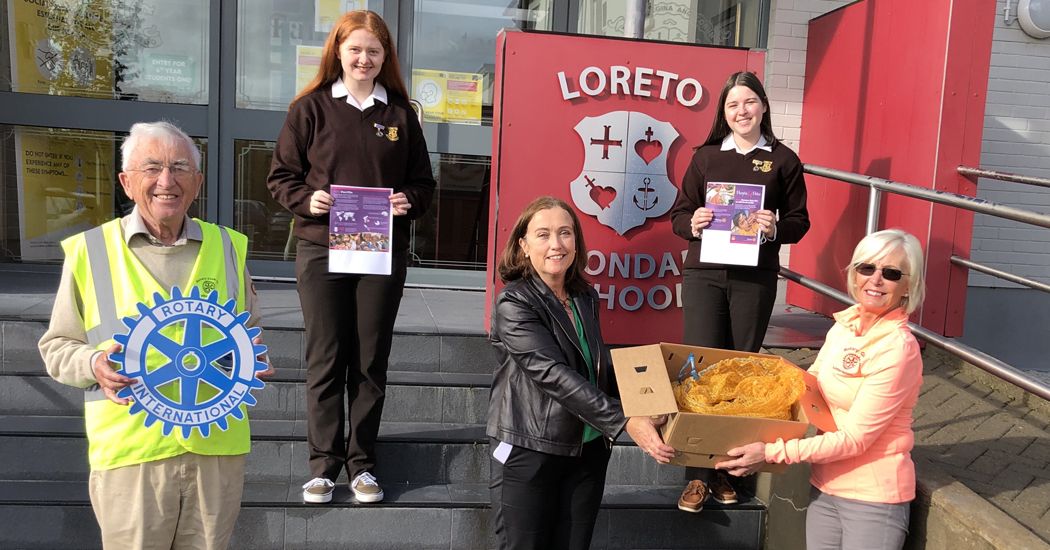 The seeds of Polio awareness will be sown among young people as the Letterkenny Rotary Club marks World Polio Day 2020.

Students in three post-primary schools in Letterkenny will be researching the polio disease this year under a new collaboration with the Rotary Club.

The Rotary Club in Letterkenny celebrated World Polio Day (24th October 2017) by planting Purple Crocus corms in Ballymacool Park. The purple colour is symbolic with the colour of the dye used by volunteers to signify when a child has received the Polio vaccine, and the Purple Crocus is used by Rotarians worldwide in raising awareness on the Rotary fight against Polio.

This year, the Club have extended the distribution of the Crocus corms to three of the Secondary Schools in Letterkenny – Colaiste Ailigh, Loreto Secondary School and Errigal College. 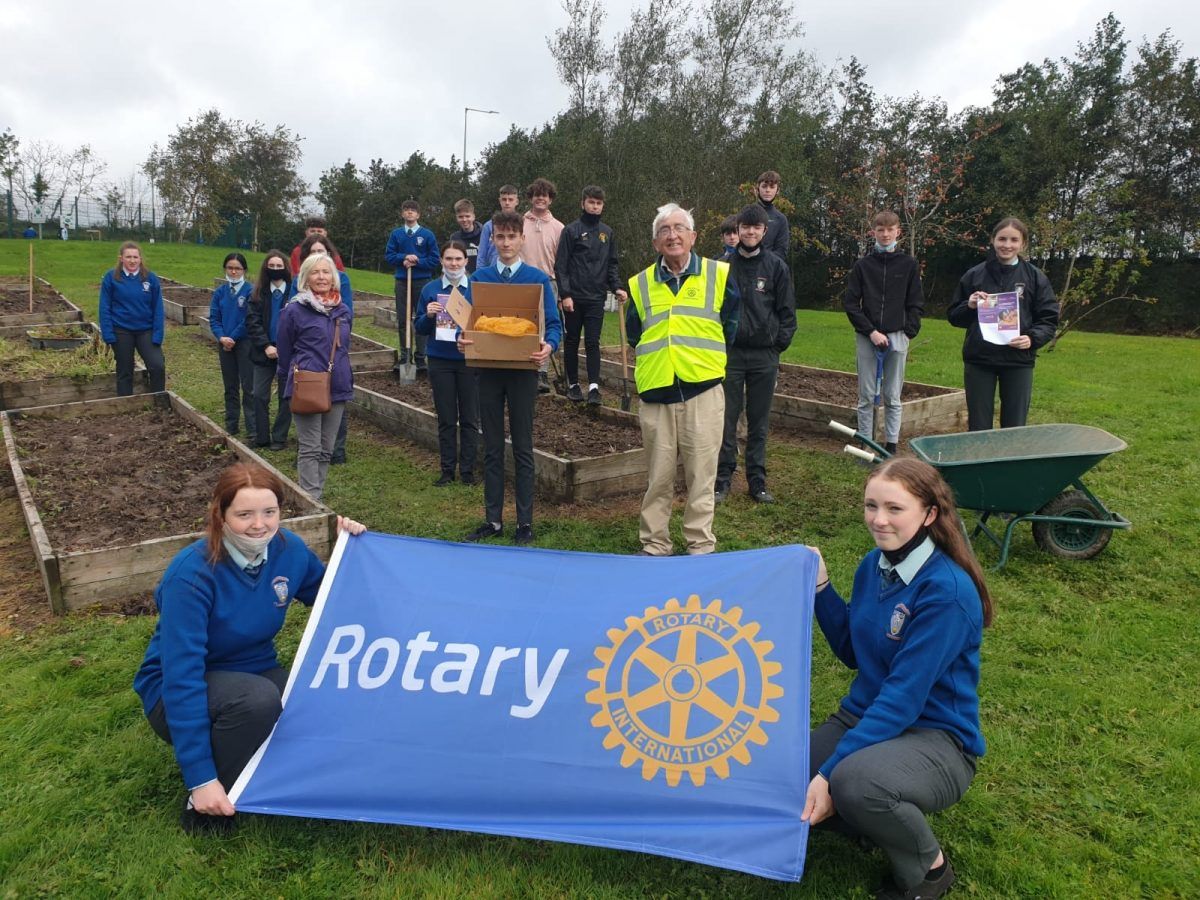 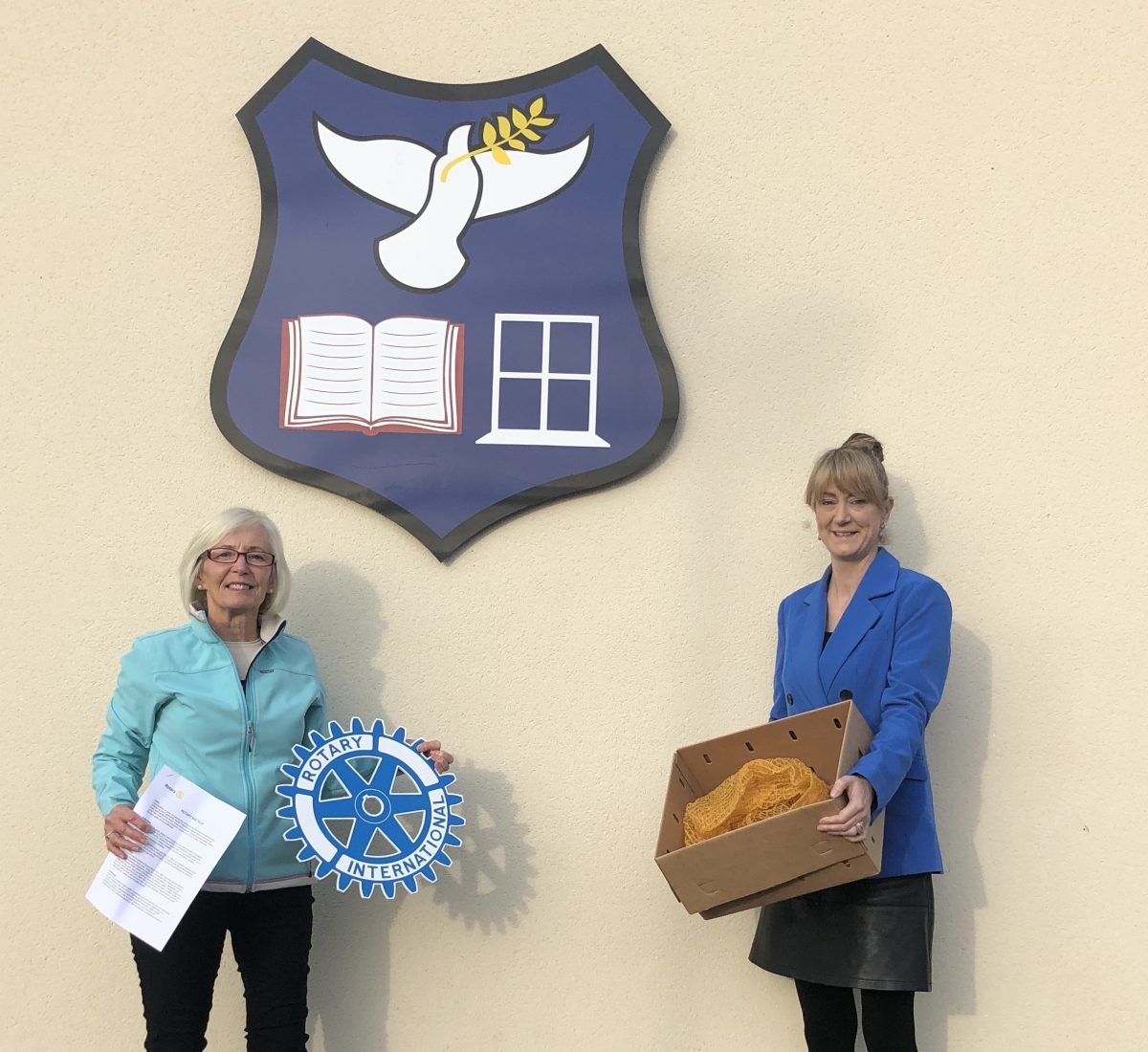 The Transition pupils at each School have now planted these in their specially prepared gardens, and plaques to commemorate the event have also been erected. Due to Covid restrictions, the pupils will research their own Projects over the winter months and they will be finalised in February when hopefully the Bulbs will be in bloom. Each of the participating pupils will then be presented with their Certificates of Participation in this unique Programme at that time, which they can then retain for their end of year portfolios.

‘World Polio Day’, which took place on Saturday 24th October 2020, was established by Rotary International over a decade ago to commemorate the birth of Jonas Salk, who led the first team to develop a vaccine against poliomyelitis.  In partnership with the WHO, UNICEF, and the Gates Foundation, Rotary International made a commitment in 2017 to raise 450 billion United States dollars which results in an oral vaccination to immunize 2.5 billion children worldwide (Global Polio Eradication Initiative).

Polio is a crippling and potentially fatal infectious disease usually affecting children under 5 years of age for which there is no cure, but there are safe and effective vaccines. It can be spread person to person, typically through contaminated water. Though the disease is eradicated from most of the countries, it still affects some of the most marginalized sections and poorest people in Afghanistan and Pakistan. The main purpose of World Polio Day is to celebrate eradication achievements and to continue to spread the word, not the disease. 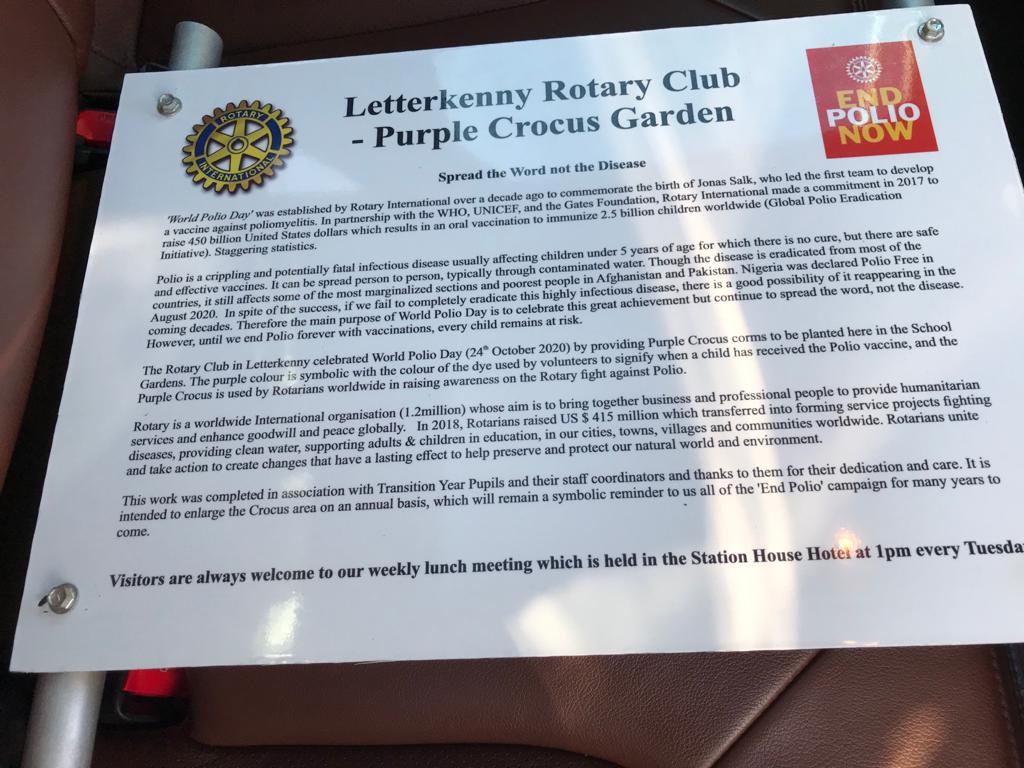 Signage erected at the 3 Schools where corms have been planted.

The Letterkenny Rotary Club Polio Project is being completed in association with the Transition Year Supervisors and school staff. The club intends to enlarge the Crocus areas at schools over the next few years while pushing out the Programme to other local schools as well, where the plants will remain a symbolic reminder to us all of the ‘End Polio’ campaign for many years to come.