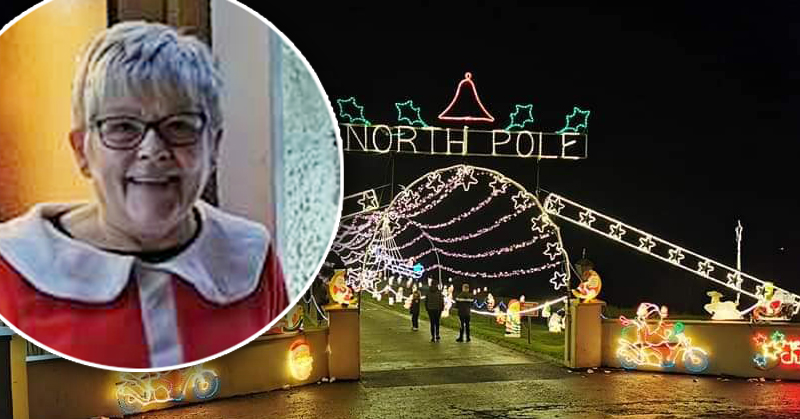 Kerrykeel couple Michael and Mary Whoriskey are promising to bring light to the darkness this Christmas with the return of their famous lights display.

Every year, the Whoriskeys of Gortcally in Kerrykeel transform their home and garden into a festive wonderland for charity.

Things will be different this year, but the Christmas spirit won’t be dulled by the pandemic.

Mary and Michael are already hard at work sprucing up their 250 decorations in preparation for their 2020 display. The red paint is out and an army of Santas and snowmen are getting a makeover before they are brought outside again. 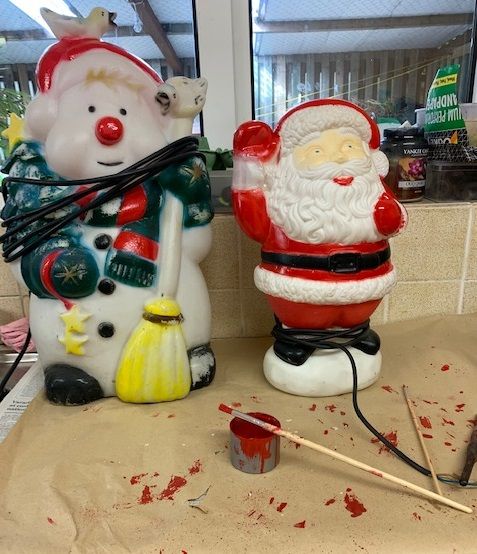 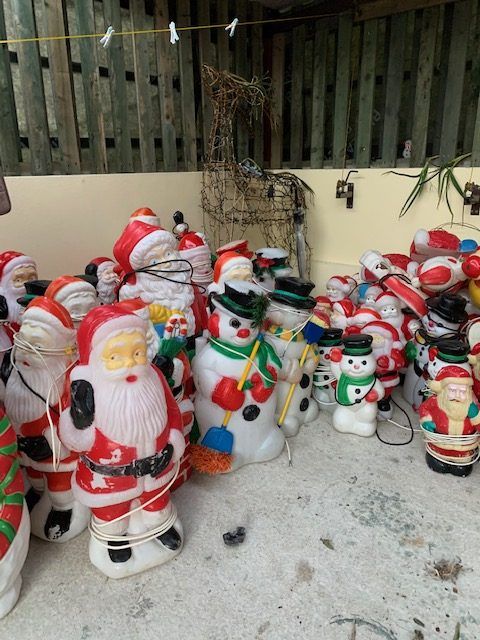 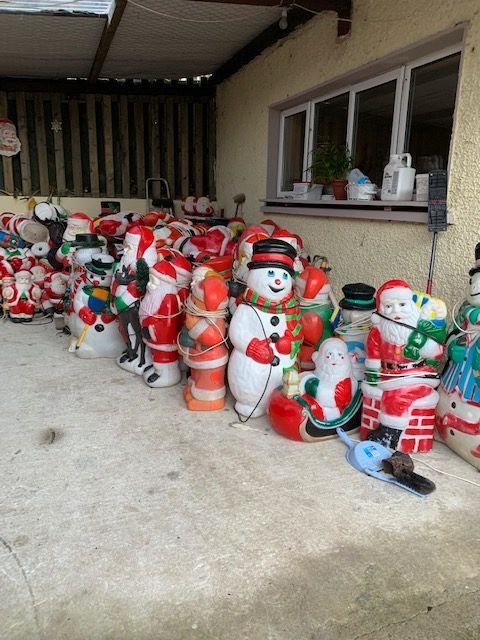 The Whoriskeys are still planning to have a big switch-on in November, but events will all be private due to restrictions. Limited travel will mean that the spectacle will be more of a virtual experience. Families may be disappointed that they can’t make the traditional visit to see the house, but the couple plans to share videos and images online and host all their fundraising via the web.

This year’s chosen charity will be Pieta House. “For the year that it’s been, we have decided to go with supporting Pieta House. We have one charity instead of two this year because I think fundraising will be massively down,” Mary tells Donegal Daily. 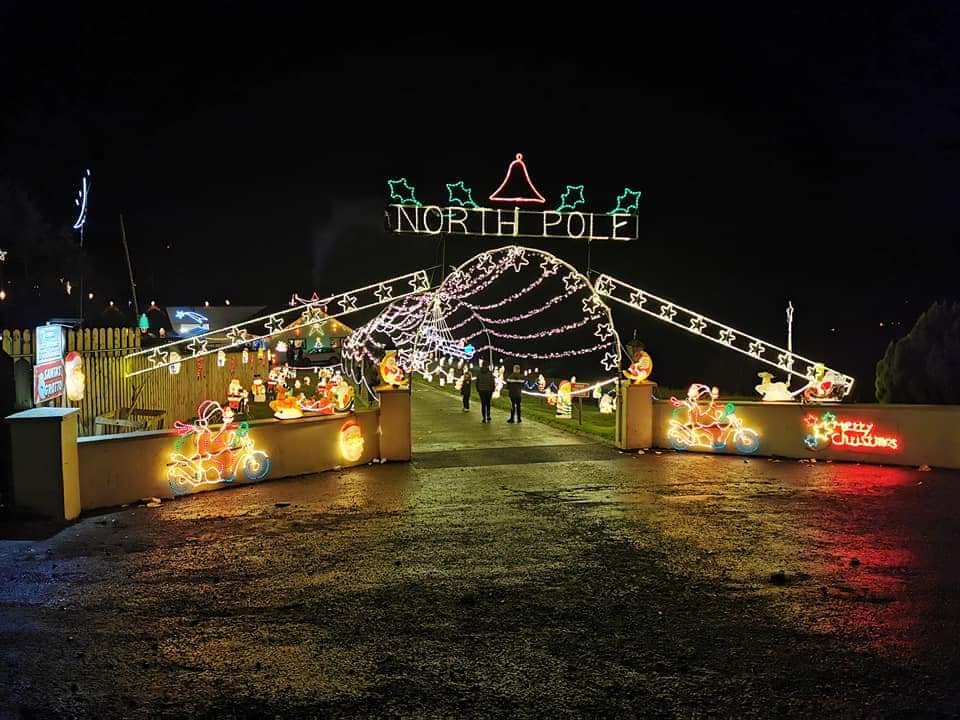 Mary and Michael’s festive fundraiser normally begins as early as the end of August. They usually hold a night in McGinley’s Bar in Kerrykeel and a concert in the Presbyterian Church Hall. Those events could not take place in 2020, but the couple is determined that the lights show must go on.

“You still need a little bit of light in the darkness, everybody is so happy we are lighting up the year,” Mary said. 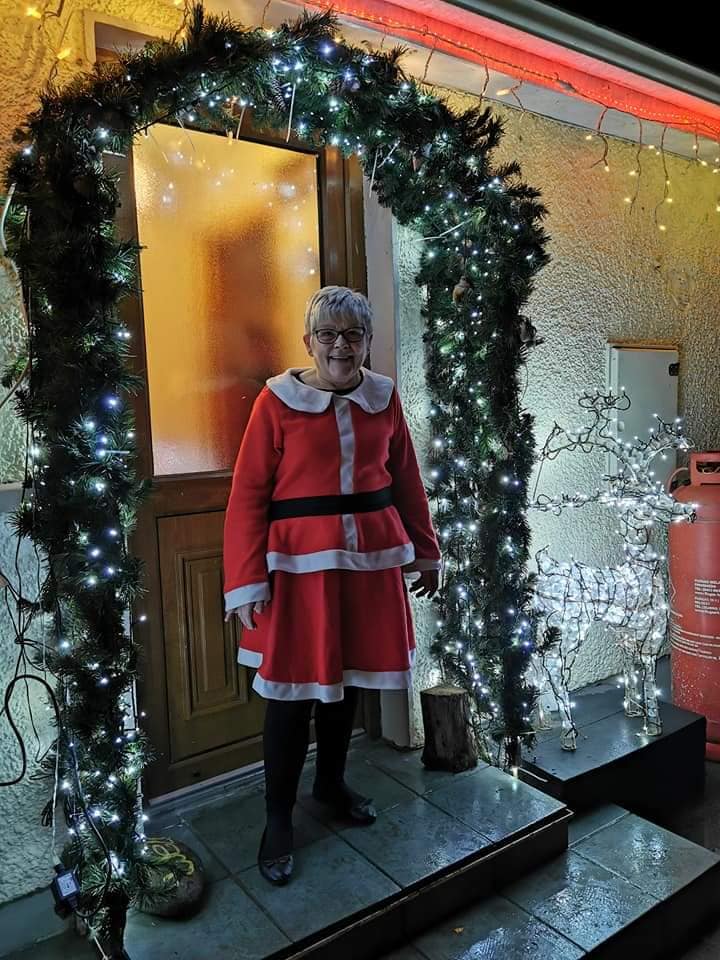 Mary Whoriskey during the Christmas 2019 event

“Of course we will have no opening night. Last year we had at least 700 people for the night. We will still do a switch-on but it will be private and we would be open to doing a GoFundMe for the charity.”

Mary and Michael’s voluntary efforts have raised over €70,000 for charities over the past 16 years. Last year’s fundraising was one of their best yet, when €7,500 was donated to Donegal Hospice and the Mevagh Voluntary Fire Service.

The couple received a boost of goodwill after a shocking theft occurred just days after their 2019 opening night. Visitors had always respected their property over the years, but there was disbelief when the public donation box was stolen from the Whoriskey’s front gate.

“The guards were amazing and people were so good afterwards. They were coming up to the house with donations,” Mary said.

One form of solace Mary took from the theft was the knowledge that nobody from the locality was responsible.

“As long as I know it was nothing personal, that’s all that mattered to me,” she said.

Fans of the Whoriskey’s lights won’t have long to wait to get a virtual look at the display, simply follow them on Facebook here for updates in the weeks to come: https://www.facebook.com/whoriskeyschristmaslights/