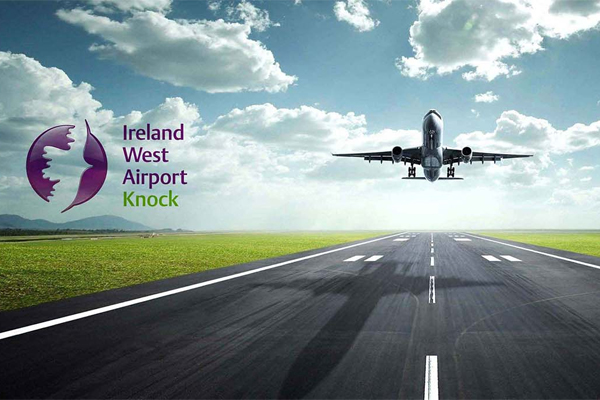 Knock Airport to close for a month as passenger numbers collapse

Ireland West Airport in Mayo has announced a four-week closure with Ryanair suspending all flights.

The airport at Knock will close from Saturday November 14th until Sunday December 13th 2020.

The closure comes amid a “devastating collapse in passenger traffic as a result of COVID-19”, the airport said.

Ryanair has suspended flight services from Knock and other regional airport due to a drop in travel demand and due to travel restrictions.

Ireland West Airport said the withdrawal of service was a “further devastating blow for the airport and its staff”. Passenger numbers have plummeted by over 90% in 2020 with annual passenger numbers now forecasted to decline to less than 150,000 for the full year. This would be the lowest in over 20 years.

The airport said it is calling on Government to provide urgent support through an expanded regional airports programme. The support is needed, they said, to address the enormous financial losses to support and protect its cash position resulting from the devastating collapse in passenger traffic as a result of COVID-19 which have been further impacted following the announcement by Ryanair.

Knock Airport to close for a month as passenger numbers collapse was last modified: October 28th, 2020 by Rachel McLaughlin