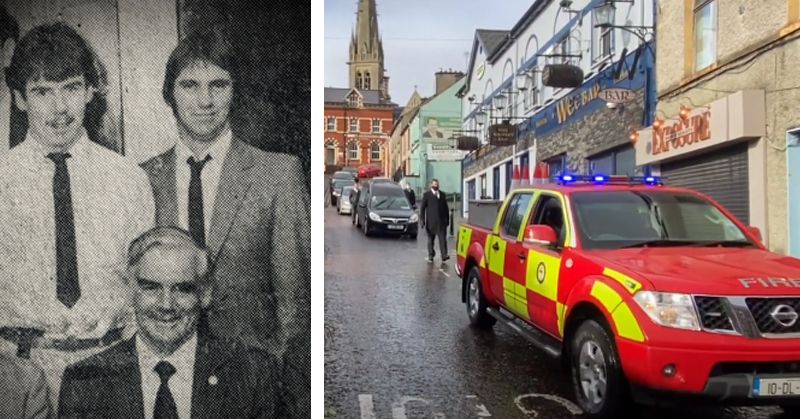 Letterkenny is this week mourning the loss of a local hero – former firefighter Sean Curran, who passed away on Sunday.

His funeral mass took place today, and parts of the town were brought to a standstill for a short time for poignant tributes to be paid to Mr Curran at key locations.

Columnist Brian McDaid shares this tribute, on a difficult day saying goodbye to a friend:

Juliet One (Delta Lima 11 Juliet 1) sits on standby below St Eunans Cathedral on Wednesday morning. It’s loaded down with firefighting and traffic management equipment. It’s still on call and at any moment it could be called away. It’s the third Juliet one to do this journey for the one family, today it’s Sean, the final member of the Curran family from 64 Lr. Ard O’Donnell. Before that Sean’s brother Eddie was escorted from his daughter Donna’s home and before that it was Bobby Curran who was led across the Lr. Burma.

Delta Lima 11 is the call sign for Letterkenny. Members of the Curran family have answered the call over the years, between operating the phone, setting off the old siren or going out on the call. As it was with all of the girls and boys in the Curran family, many of them run from their home in the Burma to the High Rd to stand up on a chair and put on the old fire siren in the station in the High Rd. 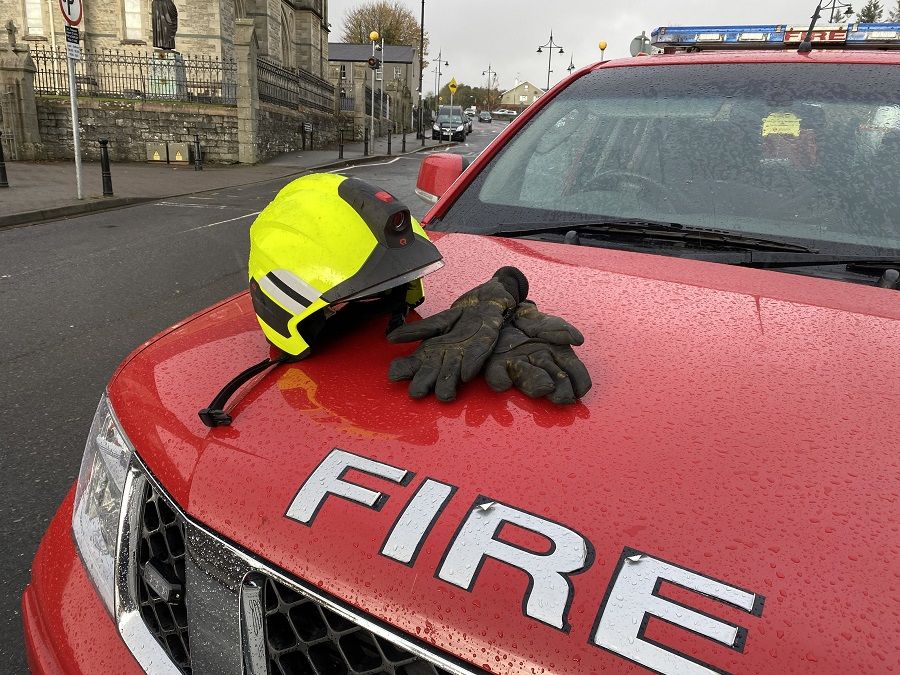 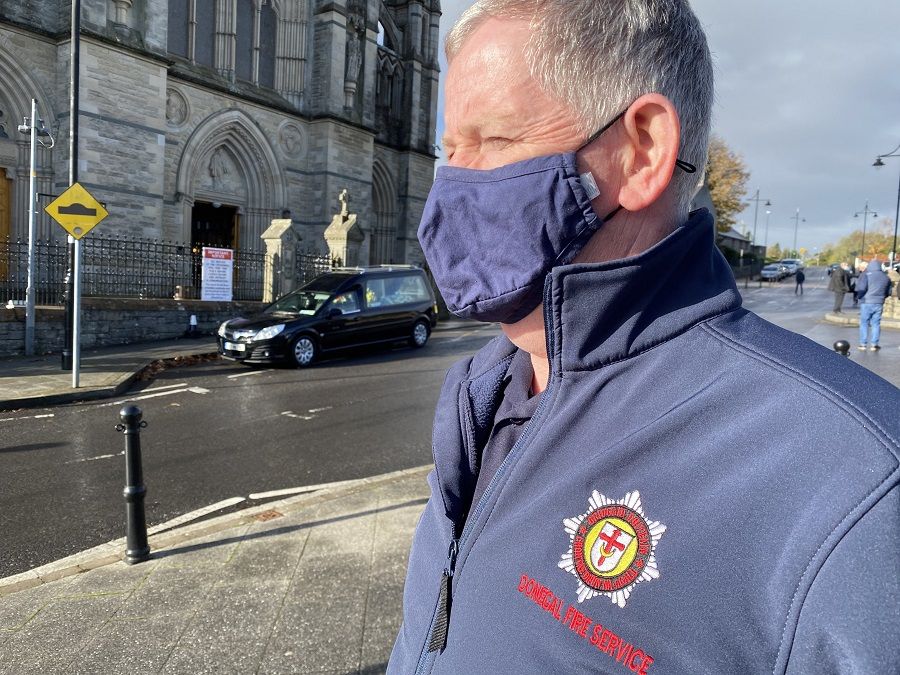 Sean Curran passed away at the weekend after a few years of poor health.

It’s well over 30 years since Sean Curran was one of four of the Curran family who were part of the firefighting team with the Letterkenny Fire Service. It doesn’t seem that long ago since I added a bit to the end of this column on the death of Sean’s younger brother Eddie not so many years ago.

Sean, Eddie and their late father Bobby and, in earlier years, Paddy Curran, were just one of them families in Letterkenny who like any town in Donegal made up fire crews that were on call 24 hrs a day, 7 days a week, 52 weeks of the year. They gave up their time to be on call. Sean was a fireman but also could step in behind the wheel when a driver was needed.

On Sean’s final journey it was fitting that his funeral cortège was led by one of the fire tenders from Letterkenny – Juliet One – which was driven by senior driver and firefighter Paddy McNamee. On their way to St Eunan’s Cathedral a loop passed the station where Sean’s late brother Eddie served as a fireman. Firefighters Ronan O’ Donnell and Eddie Moore had a blue light guard of honour with one of the tenders parked at the front of the station as the funeral passed by. Then in a very emotional journey the cortège halted at the site of the old Fire Station on the High Road, where all four of the Curran family Eddie, Sean, their father Bobby and uncle Paddy Paddy served as firefighters. 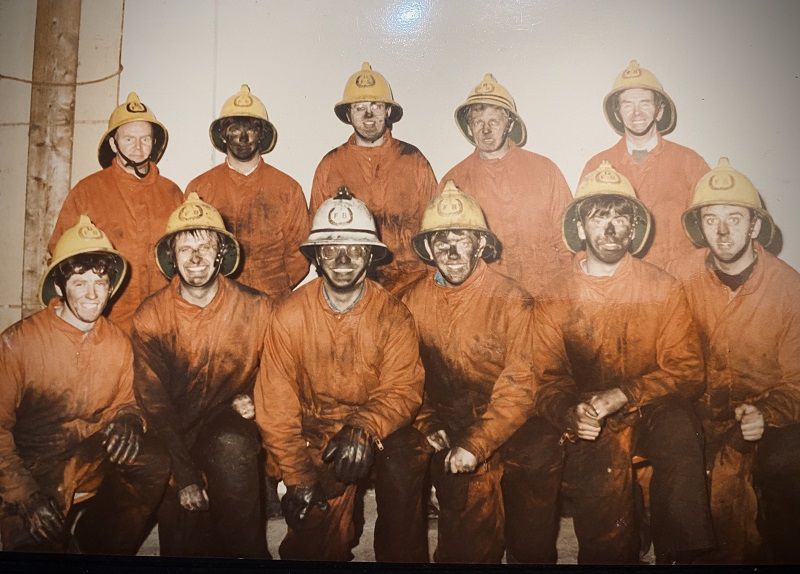 Sean Curran with the blackest face at the back pictured with fellow fire fighters after a fire at Tully Tyres outside Lifford. 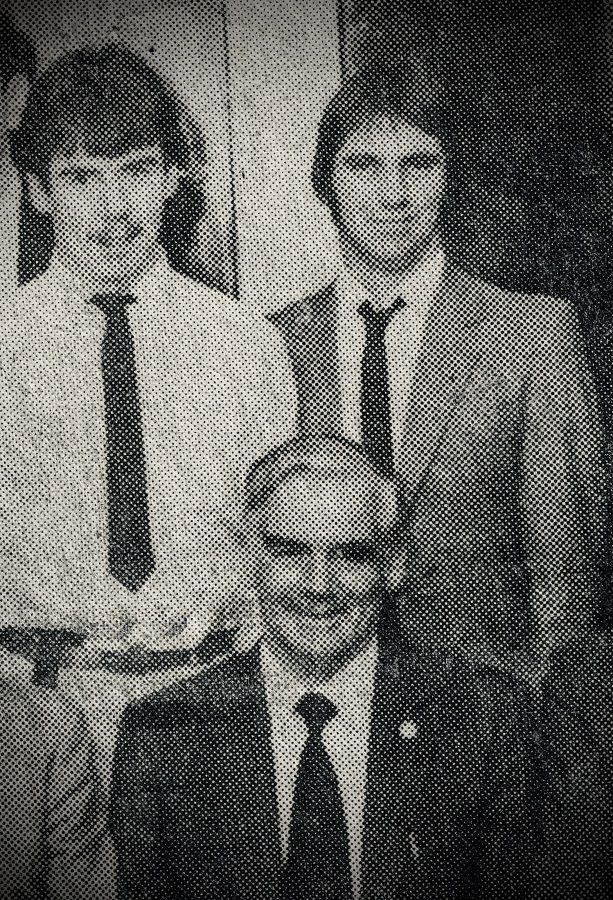 Sean Curran on the right pictured with his brother Eddie and his father Bobby who all served as Firemen with the Letterkenny Brigade. 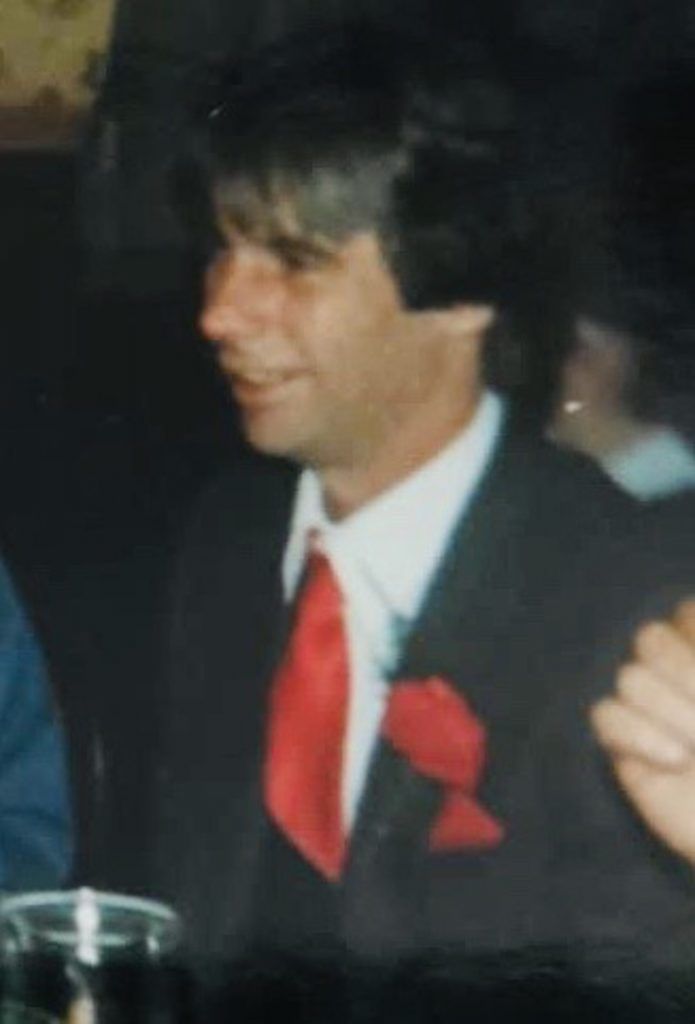 The Orchard Inn had a pint of Becks ready for Sean and his favourite bar seat along with the roadside as he drove down past.

Where the old station once stood former firefighters and friends did a guard of honour.

A cousin of Sean’s, Marty Curran, who works with RTE as a sound production technician, reproduced a recording of the old Fire Siren which called the firemen to action for many years from the PA system from the nearby Orchard Inn when Shaun was a local for many years.

The haunting call of the old siren filled up the High Road with the sound that was so familiar for so many years. Memories arose of cars pulling up, car doors slamming at all hours of the day or night, of fireman running across the garden at the old fire station and station door opening men getting in fire gear to see what the call was, of old fire engines filling the tender bay with smoke as they fire up before heading off to the call. 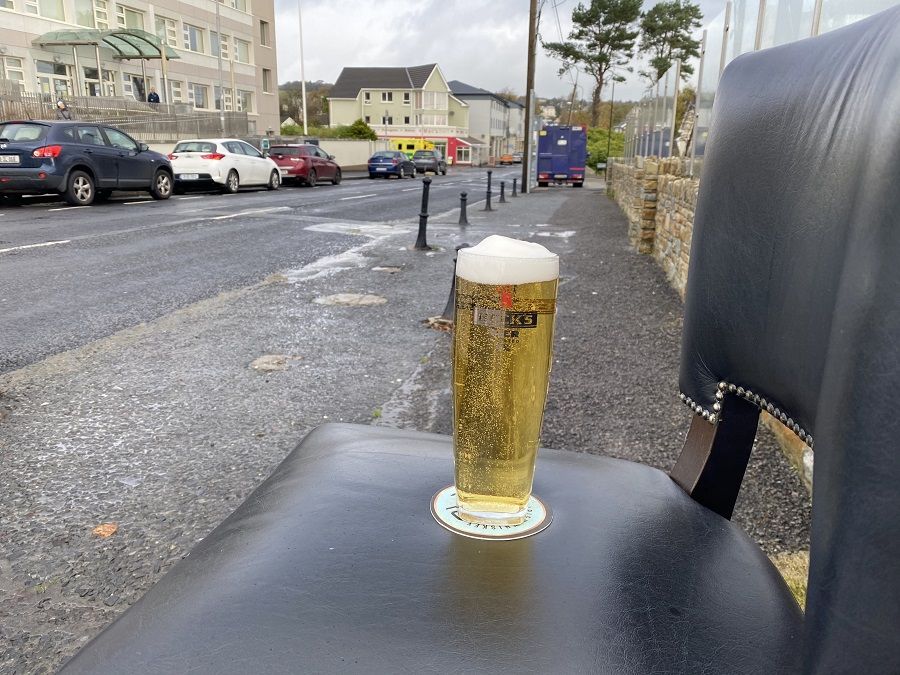 A pint of Becks and Sean’s favourite seat at the Orchard Inn awaiting the arrival of the funeral on Wednesday. Photo Brian McDiad. 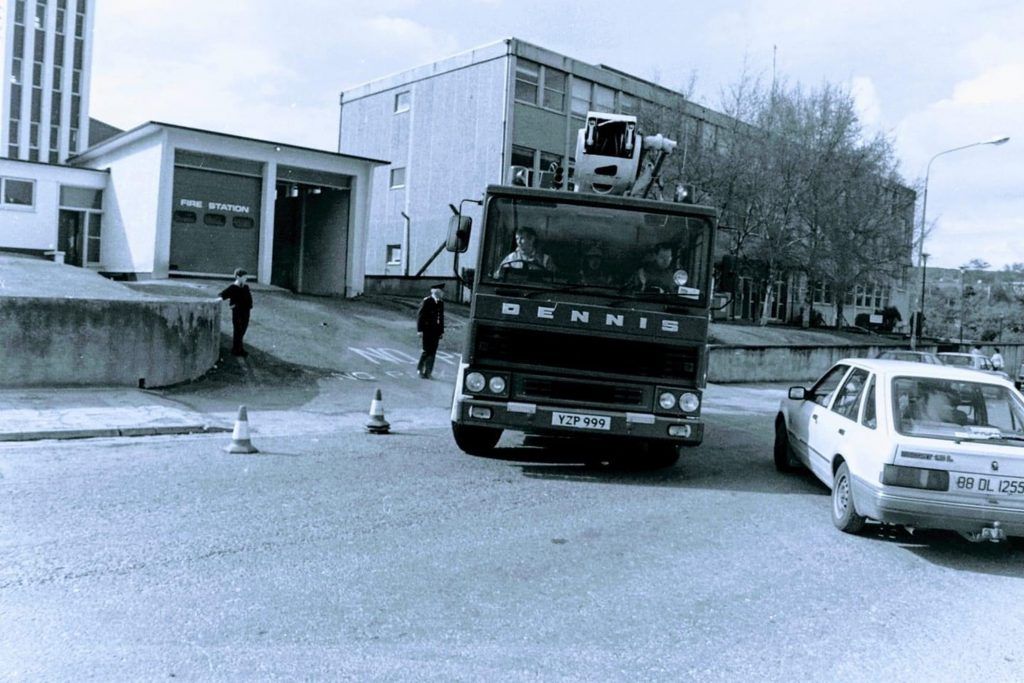 The old fire engine heading out on a call from the old Letterkenny Fire Station on the High Rd. Photo Brian McDaid. 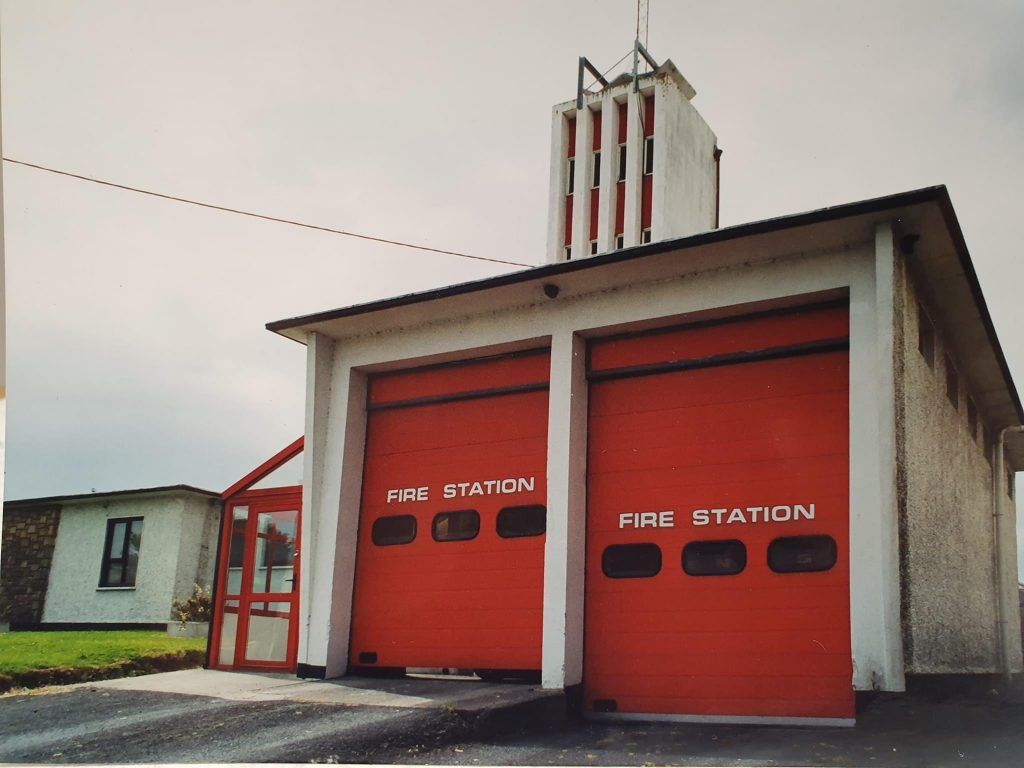 The old Fire station on the High Rd where all the Curran family Shaun his brother Eddie his father Bobby and his uncle Paddy served.

Sean’s funeral made its way past the family home stopping at 64 Lr. Ard O’Donnell on its way to St Eunan’s Cathedral. The bell of St Eunans called to say John was on the final part of his journey before Sean made his final journey down Letterkenny Main St. behind the fire engine. He was laid to rest with his mother Kathleen and father Bobby in their family plot in Conwal cemetery.

Sean Curran fought many battles in his life as a firefighter with the emergency services all them years ago when he attended some of the most horrific incidents both at car crashes and fires in Donegal.

This week his sister Patrica Gallen talked of the brave fight he fought in these recent weeks in the ICU ward at Letterkenny University Hospital, Shaun battled poor health for a few years but finally lost to this pandemic that has gripped the world. 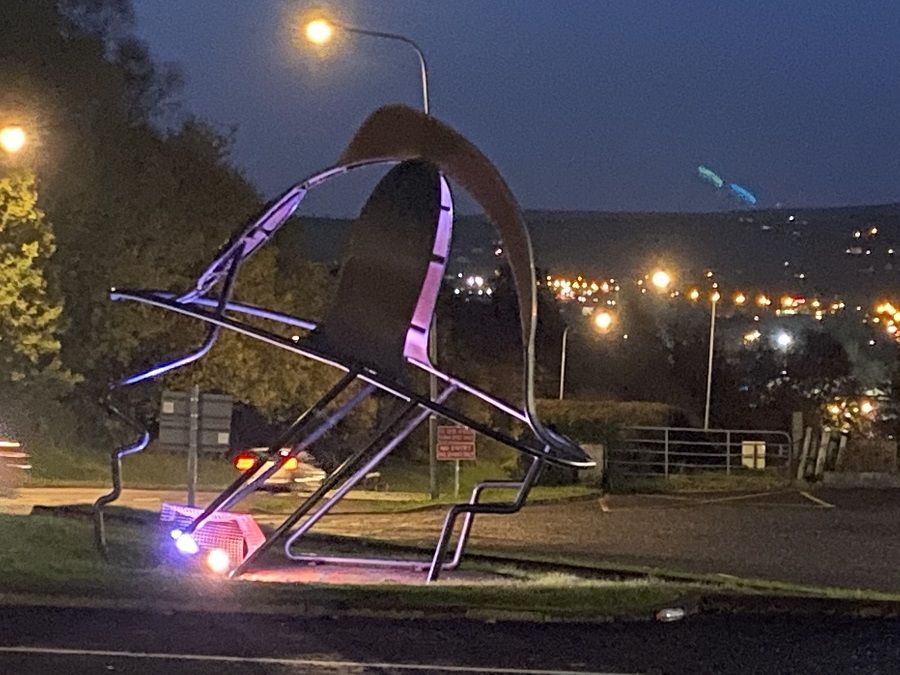 The old Fire Helmet at Letterkenny Fire Station a memory of those who answered the call over the years. Photo Brian McDaid.

The fireman’s hat that sits on show at the present day fire station in Letterkenny is from the era that Sean served. In these days that we are unable to have a wake, I called up on Tuesday evening and was lucky enough to get a picture of this symbolic helmet of Donegal Co Council Fire Fighting staff, with the moon of wintertime shining bright on it, as a permanent memory to people like Sean.