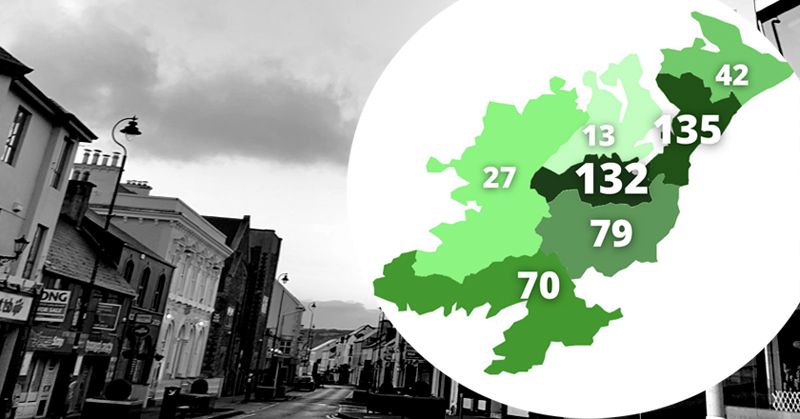 There has been a notable rise in Covid-19 cases in the Letterkenny and Buncrana local authority areas, while case numbers are improving in Lifford-Stranorlar.

New figures have been released by the Department of Health to give a picture of the case figures in each local area.

Milford has recorded Ireland’s seventh lowest rise in cases in the past two weeks.

All other LEAs in Donegal recorded lower case rates in the two-week period.

The Lifford-Stranorlar area recorded 79 new cases of Covid-19 in the two weeks from 13th – 26th October and now has a 14-day incidence rate of 305.1 per 100,000 population. Lifford-Stranorlar was the worst affected area in Ireland near the end of September. This week’s figures are again improved from the previous two week period.

The Donegal Electoral Area also recorded another increase in newly-detected cases. The area has had 70 new cases and the incidence rate has increased to 264.4 per 100,000. This is down from 85 cases in the previous two week period.

Milford had 13 new cases and recorded an incidence rate of  94.4 per 100,000 – making it among the ten areas in Ireland with the lowest transmission rates.