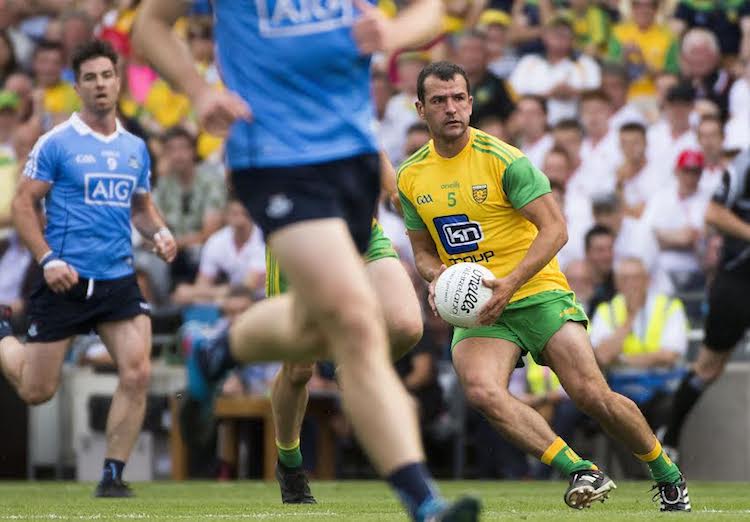 Listen: ‘Sam’ in sights for this weekend’s winner – McGlynn

FRANK McGlynn believes the winner of Sunday’s Ulster blockbuster between Donegal and Tyrone will be well primed for a raid on Sam Maguire.

The two heavyweights clash in Ballybofey this weekend as Donegal put their Ulster crown on the line.

The backdoor system has been removed this year so it’s straight knock-out for the delayed Championship.

“It’s always been a tight tussle between them and Sunday should be no different,” McGlynn told Donegal Daily/Donegal Sport Hub.

“It’s strange to analyse it or look forward to it with so little form to go on. There are a lot of unknowns coming in to Sunday. it’s knock-out football for the first time in 20 years so it’s an intriguing one to start with.”

The Glenfin man retired from inter-county football last year having won an All-Ireland and five Ulster crowns in the green and gold.

The former All-Star can see Sunday’s winner launching a formidable challenge for the big prize.

He said: “The winner coming out of MacCumhaill Park on Sunday will be in a great position, not least with the Ulster Championship in mind. But a victory on Sunday would start a good Championship for whoever wins it. Both teams are littered with possible match winners. It’s just a matter of who steps up to be the match winner.

“I think whatever defence can take the key men out of the game will win.”