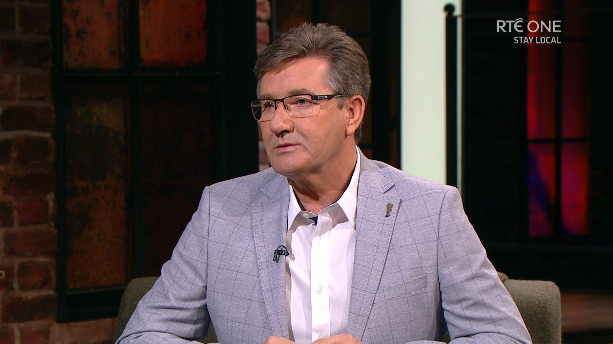 Daniel also spoke about what can be done to help musicians during this time.

He shared with host Ryan Tubridy that tomorrow evening, he will perform his first live-streamed concert to support the talented musicians and crew that work behind the scenes at his shows. 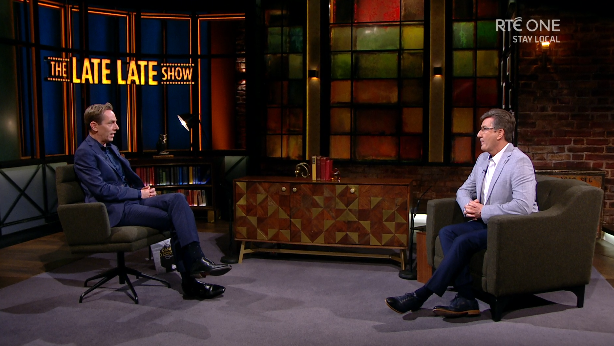 “A lot of the time people go to see shows and they really only see the singer, occasionally they’ll see the band… and they certainly don’t see the crew, and the sound people, and the lighting people who make it possible for the likes of me to do what I’m doing,” Daniel told Ryan Tubridy.

“There are lots of industries that have been hit so badly by the Covid and all of the restrictions and lockdowns, but the music industry has been really really hard hit. Nobody is able to do anything, and I did quite a few things on Facebook that people can just tune into… but I was aware that the band didn’t have any work. I was aware you could live stream [a show] and charge for the ticket.

“I said when the expenses are covered, I’m happy and I don’t need anything from it, and the profit can be divided among the crew and the band.

“It’s like a show that we’d do anyway, just without the audience.

“Sometimes I think that people see music as a hobby… but lots of people are making their living week to week doing what they do; be it playing in a band, or setting up the gear, or driving the van, or driving the lorry. And that has all stopped. It’s all very well saying ‘well they can retrain and do something else’ but there’s thousands of people that have no work so how, at this time, can they get that done?

“I’m well aware of the difficulties for many people, not just for music and theatre people, but I would just hate that they’d be forgotten.”

Last month, the government announced the Live Performance Support Scheme and the Music Stimulus Package, but Daniel worries about those just starting out in the industry.

“There’s a lot of young singers who would’ve invested so much leading up to this… they were maybe getting their foot on the bottom of the ladder and then it all fell apart and I’m afraid how will they start again.

“I just would like that the governments on both sides of the border would maybe have some kind of financial assistance for young singers to apply for some money to give them a wee leg-up to get to start again. These singers are a small industry. I have employed people for 35 years as a small business and these young singers will do that too, so it’s not like you’re just giving money to people, they’ll employ others and families will be reared for the foreseeable future so I hope that can be done.”

Host Ryan Tubridy also praised Daniel for helping to raise €1.1 million for Saint Vincent de Paul during this last appearance on the show. The organisation assured RTÉ that “every cent found a home.”

Daniel says: “I believe there was €50,000 raised in Donegal, and it’s great to know that this money stays where it’s raised. People will need help now more than ever and in the foreseeable future.”

During this segment of The Late Late Show, Daniel also performed ‘Come What May’ from his new album.

The full song and interview can be viewed on the RTÉ Player.

More information on Daniel’s live concert can be found on his website, danielodonnell.org.