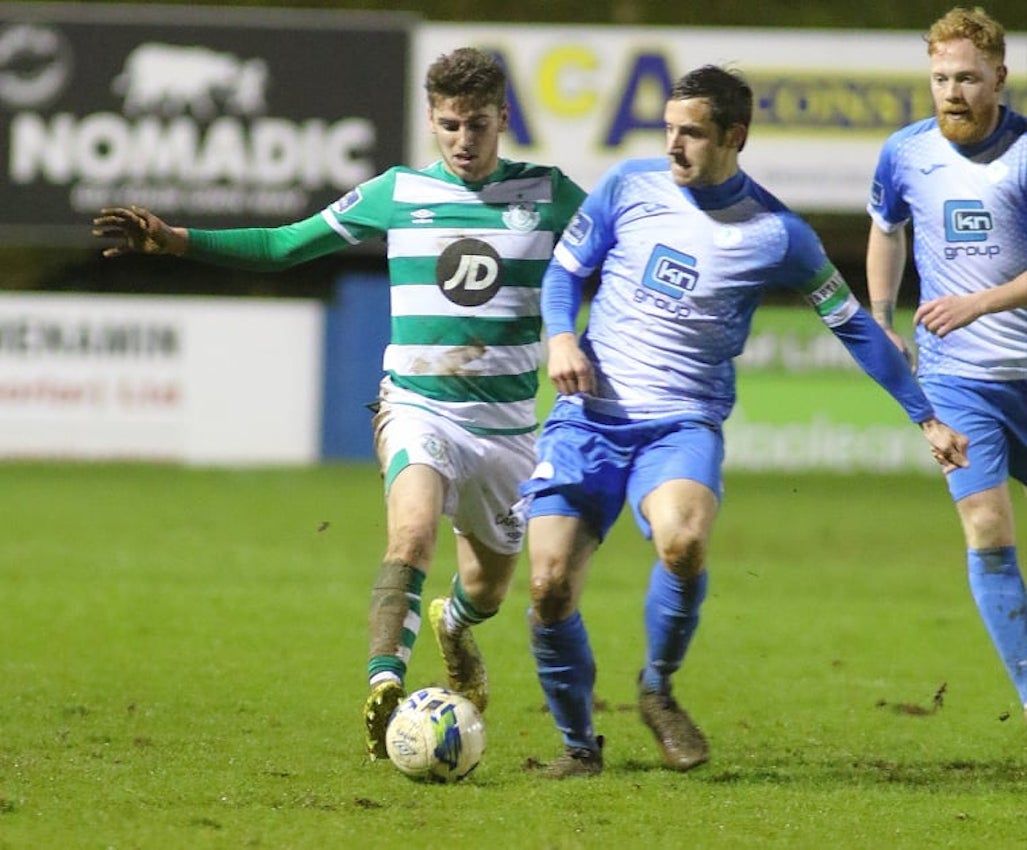 Joey O’Brien and debutant Max Murphy scored the goals as Stephen Bradley’s side took the full points from their trip to the north-west.

Teenager Murphy took just four minutes to make a mark. After replacing Sean Kavanagh, Murphy made safe the win when he found the far corner after being picked out by Aaron Greene in the 68th minute. 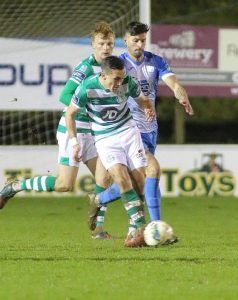 Wednesday’s 3-2 win over St Patrick’s Athletic had given Harps a real chance of avoiding the play-off spot and that remains the case for Ollie Horgan’s team with one game to play – at home to Waterford FC next Sunday.

There were recalls to the Harps line-up for Leo Donnellan, Barry McNamee and Sam Todd, with Shane McEleney, Mark Coyle and Mark Russell the men to make way. 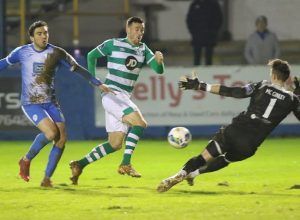 For their first game since being crowned Premier Division champions – thanks to Harps’ 2-0 win at Bohemians eight days ago – Rovers were given a guard of honour by the Harps players.

Rovers were missing Republic of Ireland international Jack Byrne, the suspended Graham Burke and the injured Greg Bolger, but the Hoops almost took the lead inside the opening minute.

It took an instinctively-outstretched leg of Mark Anthony McGinely to keep out a deflected attempt by Ronan Finn. 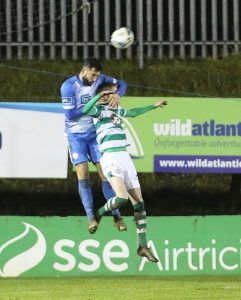 On a pitch that must surely have been close to being rendered unplayable, Harps had a decent spell and Tony McNamee fizzed narrowly wide just before the half-hour.

McGinley denied Greene and Harps managed to scramble clear as Rovers hit back  – and the champions were soon in front.

Pinball ensued from a corner and, after Greene’s flick came off the bar, O’Brien reacted before anyone to prod home form close range.

Just before half-time, Barry McNamee forced Rovers net minder Alan Mannus to get down and save from his low drive. 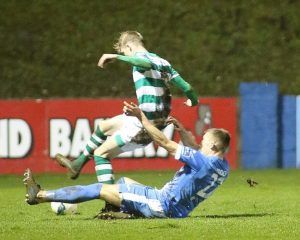 McGinley superbly saved from Sean Kavanagh in the second minute of the new half. Kavanagh powered onto the end of Greene’s cross, but McGinley, who has had another excellent season, made a fine save.

However, Rovers did seal the deal when Greene fed Murphy and the 19-year-old – who scored twice for Shamrock Rovers II in the First Division – curled past McGinley from the edge of the area.

At worst, Harps will have a relegation-promotion play-off, but they still have a chance of avoiding even that.