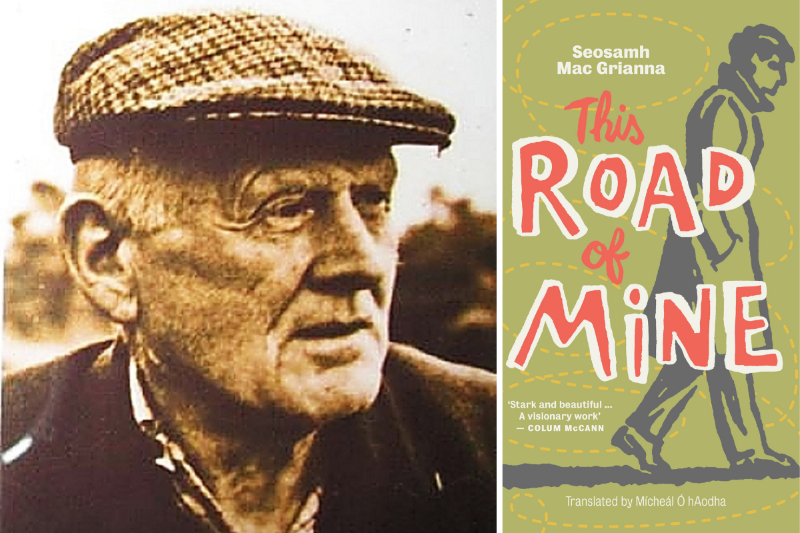 Born in 1900 in Rann na Feirste, Seosamh Mac Grianna could not have imagined that a century later his work would still be read in Irish and in translation in English.

Mac Grianna was the most high-profile modern writer in Ulster Irish and possibly the greatest Gaeltacht writer of his day. He was born into a family of poets and storytellers in Donegal at a time of linguistic and cultural change. 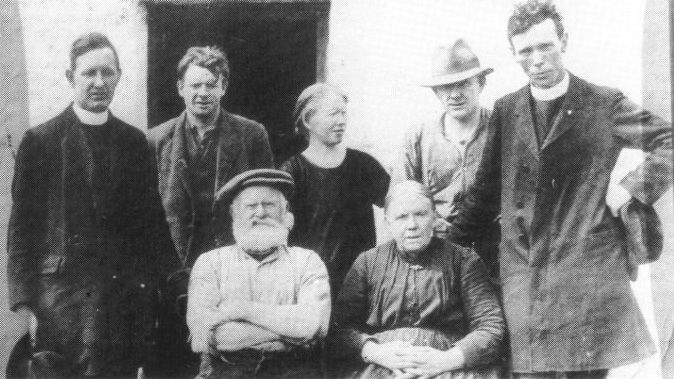 Seosamh Mac Grianna with his family. Image sourced via RTÉ

This Road of Mine is the first translation of a classic, prize-winning Irish novel, Mo Bhealach Féin (first published in 1940).

For the first time, English speakers will be able to enjoy Mac Grianna’s darkly comical autobiographical novel as translator Mícheál Ó hAodha brings to life the Donegal writer’s searing tone, dark humour and stark vision of the mercantile Ireland of the 1930s.

Mac Grianna trained as a teacher, and was involved in the Irish War of Independence and the Civil War. His work developed considerably before he was struck by a severe depressive psychosis in 1935. Although he died in 1990, his work lives on.

Of all the twentieth-century Irish-language writers, Mac Grianna was the most successful at fusing the oral Gaelic tradition stretching back thousands of years with a modernist literary perspective.

As with the work of Orwell, Mac Grianna’s musings on the nature of truth in This Road of Mine display a sense of foresight that is as strange as it is powerful.

‘This Road of Mine’ by Seosamh Mac Grianna and translated by Mícheál Ó hAodha is out now and can be purchased here.