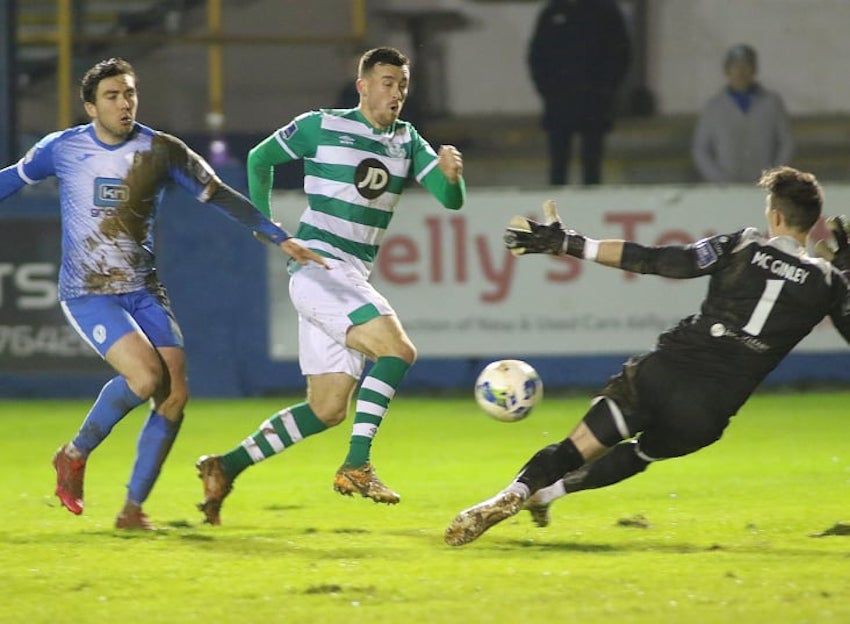 PAUL Hegarty praised the Finn Harps squad who, he says have ‘absolutely busted themselves’ in the last week.

Harps lost 2-0 to League champions Shamrock Rovers last night at Finn Park. It was Harps’ third game in a week and Rovers’ first outing in a month.

Goals in either half by Joey O’Brien and Max Murphy gave Rovers the win on a gluepot surface, but assistant manager Hegarty hailed his charges.

“There wasn’t much in it at any time. We played well at times and the pitch was difficult. the players absolutely busted themselves.

“They’ve played three games in a week and, to come out with a performance like that, is a credit to them.”

Harps host Waterford FC on Sunday in the final Premier Division game of the season knowing a win could keep them out of the relegation play-off sport.

Hegarty said: “We have to beat Waterford. They’re going for a European spot so they’re coming here having to win. We’ll be ready for it.”