Shock and sadness at death of businessman Joe Kelly

There is shock and sadness in Letterkenny and across Donegal at the sudden death of businessman Joe Kelly.

Mr Kelly was the Vice President of corporate communications for telecoms giant Huawei.

55-year-old Mr Kelly was married to wife Una and the couple have two children Aidan and Eunan.

He grew up in the family home in Wolfe Tone Place in Glencar.

The family lived in China but had plans to build a house in Gartan with Joe’s mother coming from Glenswilly while his father was from the Oldtown in Letterkenny.

Joe joined the post office in Letterkenny in 1980 but left in 1987 and graduated from the University of Ulster in 1992 in Media Studies. 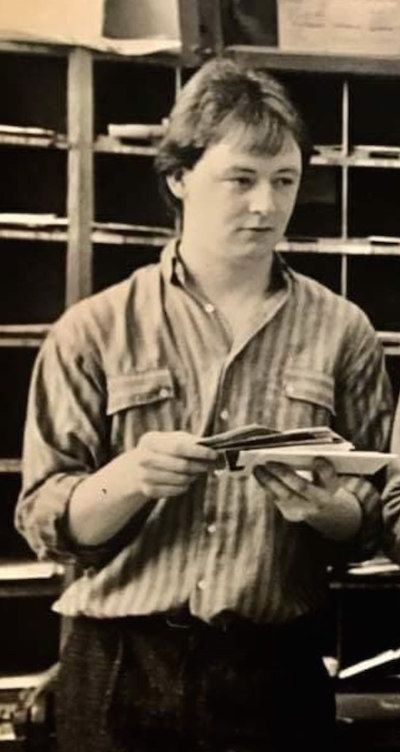 Joe Kelly (RIP) from Glencar pictured in his days in the post office in Letterkenny , now one of the top men with Huawei. (Pic by Brian McDaid)

He then moved to London where he worked as a journalist for a range of publications covering business and technology.

He eventually moving into corporate communications for some of the world’s best-known technology companies such as Xerox, Marconi and BT.

Joe moved from London to mainland China in 2012 and before making the huge move to Huawei.

Because of his busy schedule and the distance, Joe didn’t get home as much as he would have liked to but kept in touch through social media.

In a recent press interview Joe said living so far away from home, he missed the clean air, the pace of life, the people and the scenery of Donegal. “Donegal is a place you have to leave to fully appreciate,” he said.

When asked what the best thing about Donegal, Joe said it was undeniably its people: “No matter where you go, or how long you’ve been away, you always get a warm welcome back.”

A Huawei colleague said: “It is with great sadness that we can confirm that our much loved colleague and friend, Joe Kelly, passed away this weekend in Shenzhen, China. Vice President of International Media Affairs at Huawei, Joe was an experienced member of the team who was hugely respected across the company. He will be greatly missed and we send our deepest condolences to Joe’s family, whom we will do all we can help through this very difficult time.”

Deepest sympathy is expressed to his family and friends in Donegal and around the world.