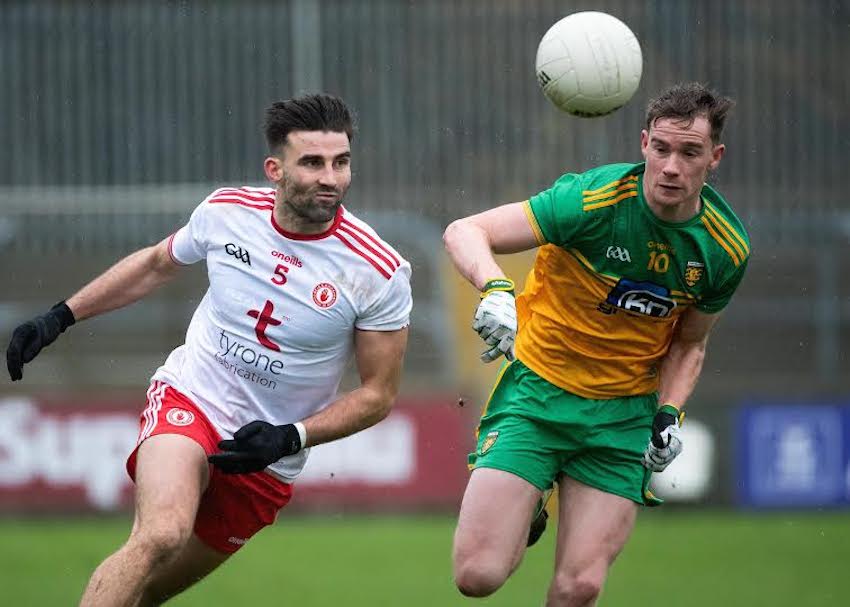 Donegal’s Thompson gun shoots for the stars after Ulster ‘dogfight’

CIARÁN Thompson had already shown before Sunday’s Man of the Match display against Tyrone that he had the mettle for the big day.

Thompson kicked seven points as Donegal’s 1-13 to 1-11 win dumped the Red Hands out of the 2020 Championship.

The Naomh Conaill man was nerveless, arching over five points from frees and two from play to keep Donegal’s quest for a first ever three-in-a-row of Ulster titles firmly alive.

Donegal came from behind in each half to see off their old rivals for the sixth time in their last eight Championship meetings. This year, there are no second chances. The Covid pandemic has put the padlock on the back door.

“Everything was on the line,” Thompson said.

“It was either win or go bust after a long year. We’re just delighted to be back in Ballybofey playing football and defending our Ulster Championship. 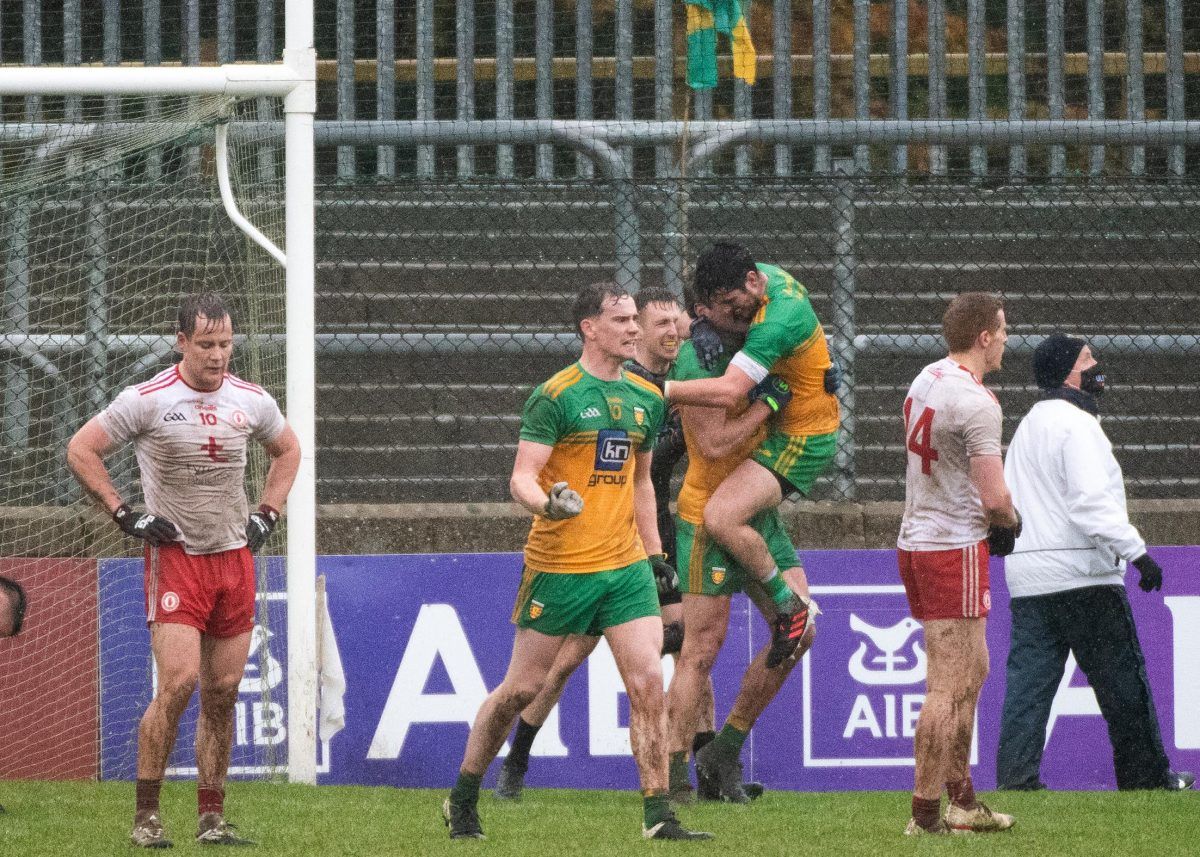 The 2020 Donegal SFC final has yet to be played with Thompson’s Naomh Conaill and Kilcar left waiting.

It is thanks to Thompson that Naomh Conaill, the defending champions, are in the final. Late in extra time against St Eunan’s in the semi-final Thompson, after coming on as a substitute, bent over a wonderful winner from way out on the sideline.

It should have come as no surprise. Last year, when Naomh Conaill dethroned Gaoth Dobhair after a three-game marathon in the final, Thompson showed his worth as the captain.

A cool ’45 , with three minutes to go, earned Naomh Conaill a draw the first day out. In the first replay, Thompson kicked a last-gasp free from the tightest of angles to put the tie to extra time and he hit two points in the second replay when Naomh Conaill, finally, got their mitts on Dr Maguire.

He’s well at home in the trenches. 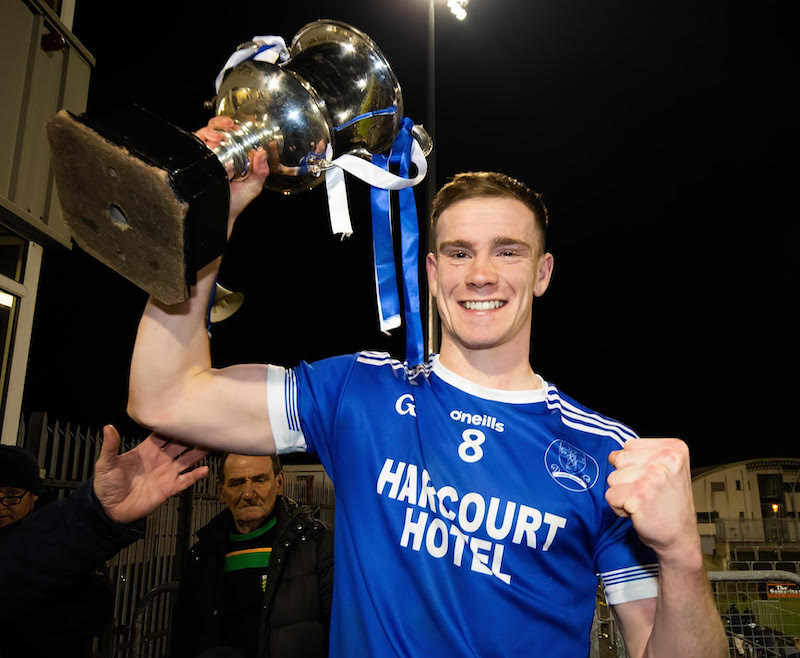 And Donegal had to go to war with Tyrone on Sunday.

“By hook or crook, it was just about getting over the line,” Thompson said.

“Underfoot was extremely soft and slippery. I’m the worst man for going to ground so it made it especially tough for me. It wasn’t easy. It was so hard to keep your feet out there.

“A game between us and Tyrone will always come down to who wants it more. We showed that wee bit more around the breaking ball, driving forward and getting the crucial scores and crucial times.”

Michael Langan’s goal in the first-half kicked Donegal into life, after Tyrone led 0-5 to 0-1 at the water break.

A Darragh Canavan goal, seven minutes into the second half, after an uncharacteristic error by Eoghan Bán Gallagher, threatened to derail Donegal. The next four points, in the space of six minutes, were from Donegal – with Thompson nailing two of them.

He said: “Their goal was a defining point. It took them back into the game. We responded well to that and got a few scores on the bounce.

“That was a crucial period and we took a foothold in the game with those four points. We pushed on from there.

“There will always be mistakes in a game, but the way we responded to that mistake was admirable. The boys never gave up and we just pressed on. It never fazed us and we’re delighted with that aspect.

“It was windy there, but we adapted. We adapted well. It was a weird wind, it was for you one minute and against you the next. There were a few shots that we’d have scored on a normal day, but thankfully we came through.”