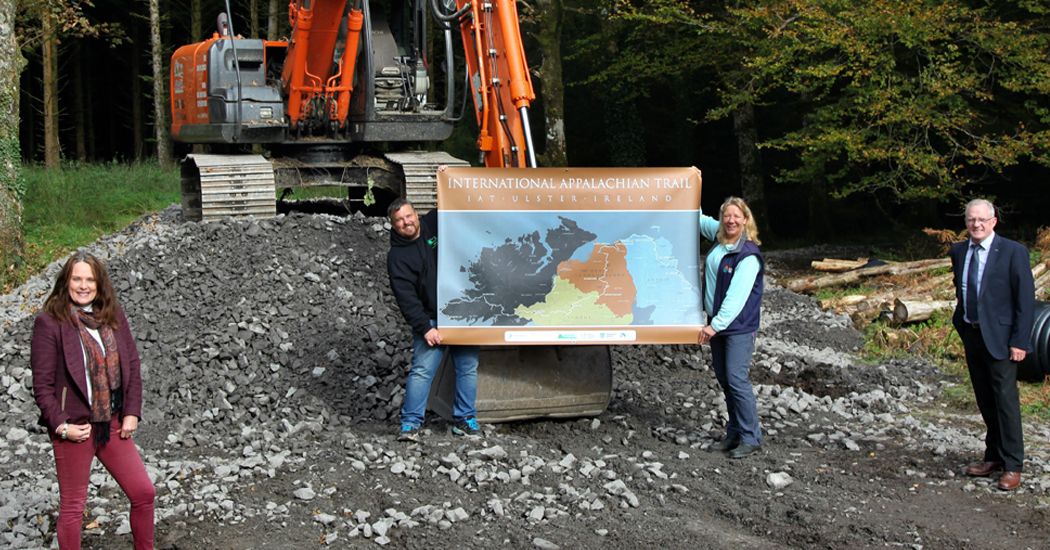 €215,000 in funding has been secured to develop 120 kilometres of walking trail to link south west Donegal to the International Appalachian Trail Ulster Ireland route.

Work is already underway on the Donegal section of the trail, which starts at the spectacular Slieve League cliffs, passes through Glencolmcille, traverses the Bluestack Mountains before crossing into Co. Tyrone. Here, it picks up the Ulster Way, taking in the Sperrins, the stunning North Coast and the Glens of Antrim.

The Trail is approximately 302miles/485km in length and runs from South West Donegal to Larne passing through six council areas.

The overall section of the IAT in Ireland has secured funding of close to €875K for the entire route.

The €215K funding package secured in Donegal which includes a grant of €161K from LEADER, €50K in match funding from Donegal County Council, with other funding being provided by the Rural Recreation Programme, will set out to develop and enhance the International Appalachian Trail (IAT) in Donegal. 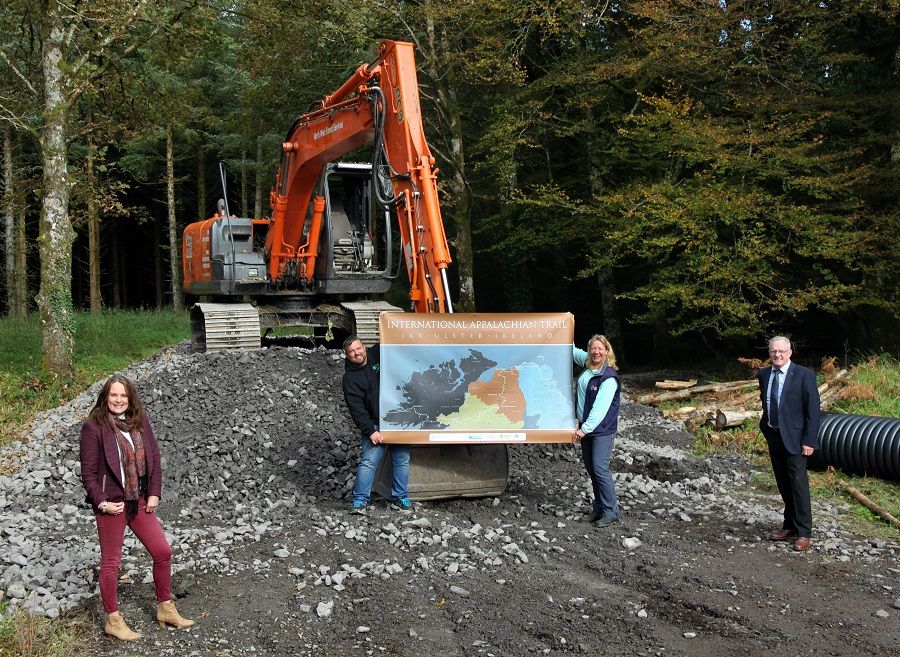 In Donegal, the trail runs from Slieve League, via Malin Beg, Glencolmcille, Port, Ardara, Glenties, Disert, Lough Eske, Clar and Leghowney to the border at Kelly’s Bridge. Work on the project has begun and includes:

According to Frank Kelly LEADER Rural Development Manager “The project aims to connect Donegal to the Derry City and Strabane District as well as other local action groups (LAG’s) throughout Northern Ireland by improving a trail that will have both international and local appeal. This will help stimulate local economies by creating additional tourist amenities. It will also add value to the continuous work being carried out under the Rural Recreation Programme and the Walks Scheme in Donegal”.

Inga Bock Rural Recreation Officer and IAT Co-ordinator in Donegal commented “We started working to get the IAT to Ireland in 2009 and launched the route on the ground in 2013. I am delighted that we now have the funding to enhance the user experience on our section of this incredibly diverse international trail”.

The International Appalachian Trail is one of the largest trail networks in the world with route ‘chapters’ in a range of countries including the United States, Canada, Greenland, Iceland, throughout Europe and ending in the Anti-Atlas Mountains of Morocco.

He added “With shared geological and cultural storylines, combined with uniquely Irish attractions, the developed Ulster Ireland section has great potential to attract a wide variety of North American walkers, from eco, geo and adventure tourists to fans of the well-known Game of Thrones television series.”

As well as improvements to the Donegal section of the trail, five Northern Ireland councils will be making improvements to their sections as part of works costing over £600,000. The widespread investment is the result of a collaborative effort by each area, working together to ensure the overall visitor experience is improved across the entire trail for both locals and tourists. By enhancing the visitor experience on the trail, the improvements will have the potential to attract more domestic and international visitors and therefore generate substantial economic benefit for the businesses along the route and the wider area. 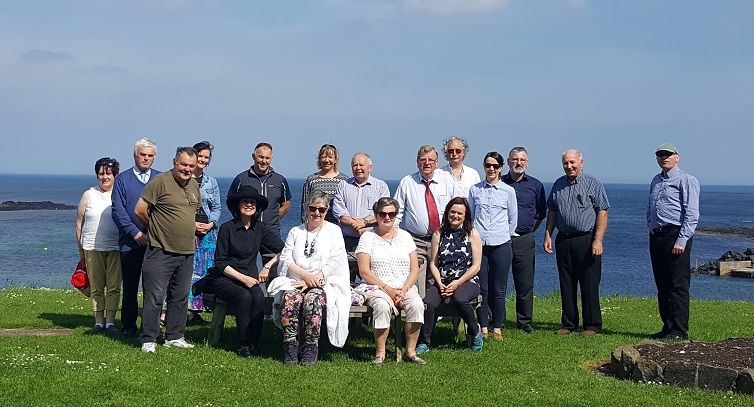 IAT Ulster Ireland Project Partners pictured at a project meetings on the IAT in Antrim, 2017

As part of the effort to attract more local, national and international visitors there is also significant investment being directed towards a project to promote the trail, worth almost £120,000. Marketing campaigns in Ireland and North America will be executed by Outdoor Recreation NI, an organisation with extensive experience in promoting walking trails to locals and tourists, towards the end of 2021.