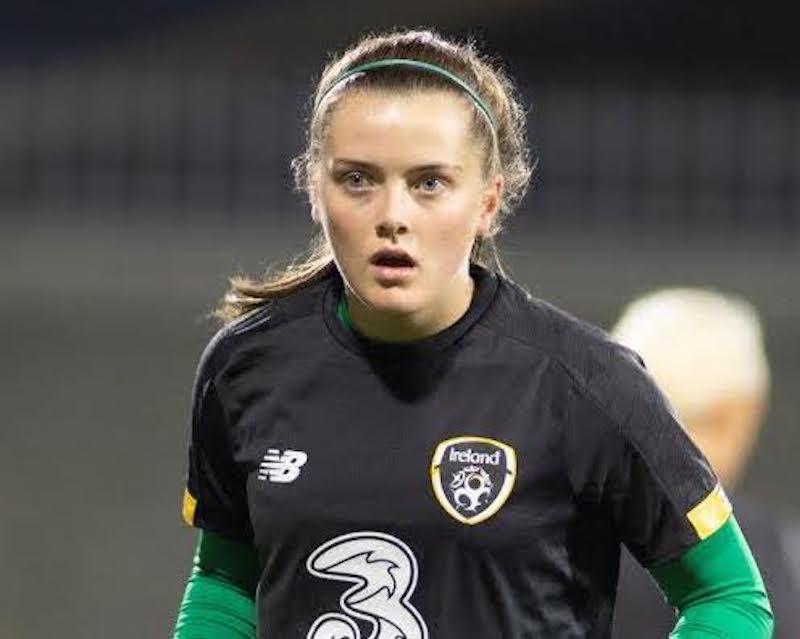 Glasgow City host the Women’s National League (WNL) champions at Broadwood Stadium (7pm) and Toland is in the mix for a start.

The St Johnston woman is on a season-long loan from Manchester City. After starting Sunday’s 8-1 win over Forfar Farmington, Toland is excited by the prospect of featuring.

“Of course, we’re looking forward to it,” the midfielder said.

“It’s a big ask.  Everything is into the Peamount game, rest and recover as best we can to give ourselves the best chance.”

Toland, if she does play, will come up against familiar faces in the form of Irish international Áine O’Gorman, Stephanie Roche, Niamh Farrelly and Niamh Reid-Burke.

Glasgow City snapped Toland up on a loan deal as she bids for regular game time. After a substitute appearance in their season-opening win over Celtic, Toland was in from the off on Sunday as Glasgow City scored a landslide win.

It was a measure of her mentality that Toland was pointing out areas of improvement afterwards.

“We started slow in the first half and we didn’t move the ball fast enough,” she said.

“ That was down to the conditions, but that’s no excuse – it was the same for both teams.

“Towards the end of the first half, we started moving the ball faster and took over. We were really comfortable.

“Their goal gave us the kick that we needed. We weren’t moving the ball fast enough and we weren’t sharp enough.

“After they equalised, we got ourselves going and we dominated from the end of the first half”