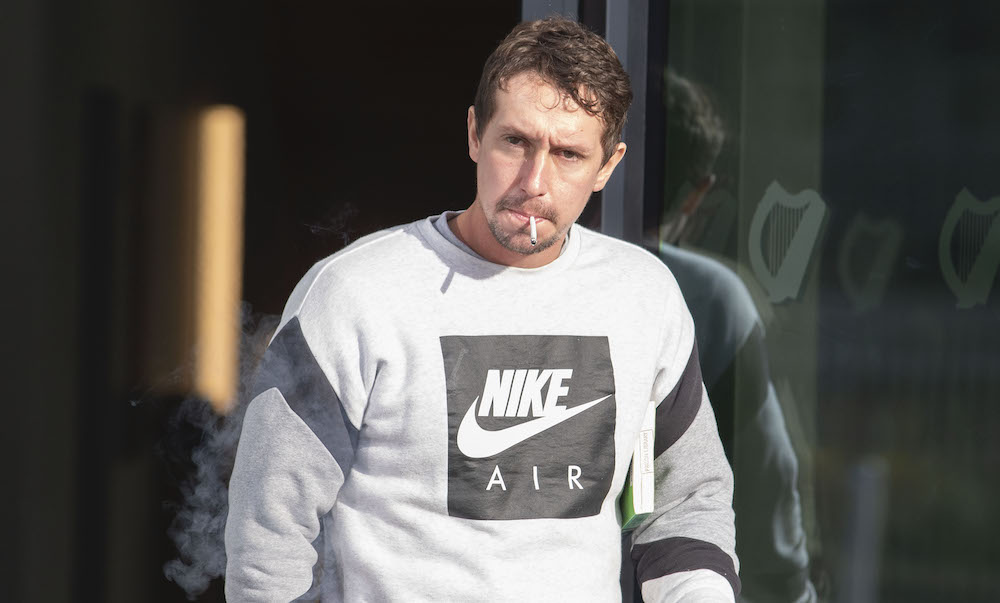 A man who battered his former girlfriend has been told that he cannot use Covid as an excuse for not turning up to court to be sentenced.

Dean Crockford admitted what a Judge described as a “vicious and very violent onslaught’ against the woman at The Hawthorns, Buncrana, on October 6th, 2017.

The 32 year old attacked Philomena McInaw giving her abrasions to her lip and jaw and swelling to her jaw.

Crockford, who was in a relationship with Ms McInaw for almost five years, kicked the victim ‘out of the blue’ to the upper thigh after they had returned from a trip away with their young daughter.

Upon his return, Ms McInaw asked Crockford why he had kicked her and he replied by suddenly punching her in the right eye and grabbing her.

Crockford was described as ’steaming’ when he re-appeared. MsMcInaw tripped as she attempted to run out of the house before making her escape into a neighbouring garden.

Addressing the court, Crockford, apologised for the incident. “It should never have happened,” said Crockford, who said he wanted to ‘bond again’ with his daughter.

Judge Aylmer said: “It persisted over a period of time. It was a vicious and very violent onslaught.”

The Judge said the case must be marked by a custodial sentence and noted that his starting point for sentencing was a three-and-a-half-year prison term.  Noting Crockford’s early plea and his full admissions, Judge Aylmer reduced that to two-and-a-half years.

Judge Aylmer took into account Crockford’s guilty plea and that he was before the court without previous or subsequent convictions.

Judge Aylmer said that ‘all of the boxes are ticked’ with regard to giving Crockford a second chance, however he expressed concern with the lack of a ‘demonstration of remorse’ from the accused.

“That makes me pause and I will give an opportunity to put before the court a concrete demonstration of his remorse,” Judge Aylmer said.

The Judge ordered that a sum of at least €7,500 be paid to the victim and he adjourned sentencing for 12 months. Judge Aylmer warned Crockford to have maintenance payments to his former partner up to date.

However, when the case was due to be settled yesterday, the court was told that Crockford was not in court.

His barrister Mr Peter Nolan said that Crockford had said he has a brother with Crohn’s Disease and that his father was quite elderly and because he was now living in England he did not feel safe to travel to court in a different country without putting them at risk.

Mr Nolan added that his client said he has €3,000 of the €7,500 compensation but promised to have the rest by the next court sitting.

A clearly agitated Judge Aylmer said Crockford had been brought before the court on a European Arrest Warrant in the first place.

He added “I placed a lot of trust in him and I am not satisfied at all at his use of Covid as an excuse for his non-attendance. I made it clear that it was unusual but I said that if he paid €7,500 that I would take certain course.

He adjourned the case and told the court “If if he is not here regardless of Covid, a warrant will have to issue

Judge tells man who battered girlfriend he cannot use Covid as an excuse was last modified: November 5th, 2020 by Stephen Maguire