A man rammed a house at 6am and then broke the owner’s jaw when she came out to see what the commotion was.

Leon Kelly, who appeared before Letterkenny Circuit Court in Co Donegal, claims he was owed money for a car he had sold to the woman’s son.

Kelly, a 33-year-old father-of-three, was charged with a series of offences including assault causing harm and criminal damage.

Mrs Ann Mitchell told the court that she was awake in her bed at 40 Beechwood Grove in Lifford at 6.45am on April 13th last year.

Suddenly she heard a huge bang and went downstairs to find her neighbour Leon Kelly at the front of her house.

He had rammed his silver VW Passat car into a red Audi A4 car parked in the driveway of Ms Mitchell’s home into the house.

Kelly, who had a bottle of Captain Morgan’s Spice rum in his hand, began to shout at her.

He punched in two windows of the Audi, threw the bottle of rum at Ms Mitchell’s feet and then began punching the 61-year-old breaking her jaw in the terrifying attack.

Mrs Mitchell’s son Kevin emerged from the house to help his mother but he too was punched a number of times by Kelly and fell back into his house. 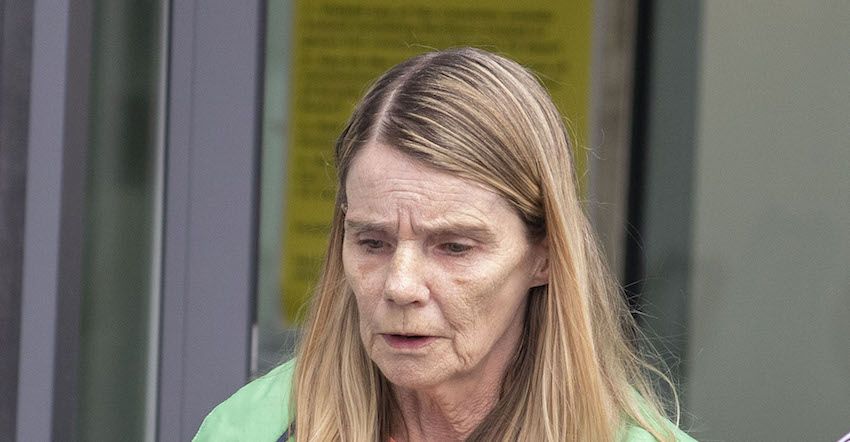 Kelly fled and was pursued by Gardai who spotted him on a nearby garden shed, bare-chested with blood on his hands.

He escaped by swimming across the River Finn into Strabane in Co Tyrone where he was then arrested by the PSNI but later released.

The court was told that just days later on April 21st, Kelly rammed the house AGAIN.

Kevin Mitchell, a son of Mrs Mitchell, awoke to another loud bang at 7.55am and found that Kelly had rammed a silver Toyota Corrolla car into the back of his brother Michael’s BMW car parked in the driveway.

The ramming caused more damage to the Mitchell household with the estimated damage costing in the region of €13,000 to repair.

Kelly again fled but was arrested later on a bench warrant.

Mrs Ann Mitchell told the court that she cannot sleep and has lost weight since the incident which she said has ruined her life.

She recalled the attack saying “I was terrified and roaring and crying. I tried to run back in but he caught me, lifted his fist and punched me in the face again and again. I thought I was going to die because he was so angry.

“I can’t sleep and every noise scares me. I spend most nights crying. This man has completely ruined my life.

“I don’t socialise any more and every time I close my eyes I see him. I can’t even wear my false teeth because my jaw is out of place. He has ruined my life.”

Barrister for Kelly, Mr Peter Nolan said his client left school early because he had learning difficulties and had also been bullied.

He didn’t know his father as his father had left his mother when she was pregnant with Leon.

After leaving school he found work on a potato stall but the deaths of the children of the potato stall owners in separate road traffic accidents changed him completely. 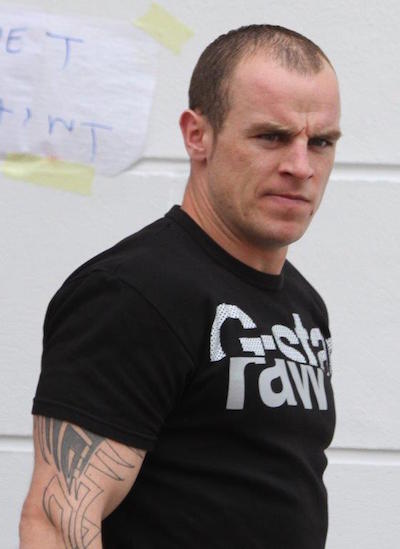 He found solace in both drink and drugs.

Mr Nolan added that both Kelly and Michael Mitchell had been friends and neighbours and Kelly claimed that he was owed money for a car he had sold.

Kelly took to the witness stand and told the Mitchell family “I want to apologise to the family. I didn’t know what I was doing and I’m sorry for the trouble I caused you.”

The court was told that Kelly has 32 previous convictions for a range of offences including assault, public order, drugs, possession of fireworks, obstruction and road traffic.

Judge John Aylmer sentenced Kelly to a total of two and a half years but suspended the final year of that sentence and backdated it to February 24th last when Kelly went into custody.

He added “He should consider himself very lucky that I have taken such an approach as I accept he is a man with prospects that might well benefit from a programme of rehabilitation. I hope that he interprets my actions in that regard as sufficient to encourage him to embark on that rehabilitation.”