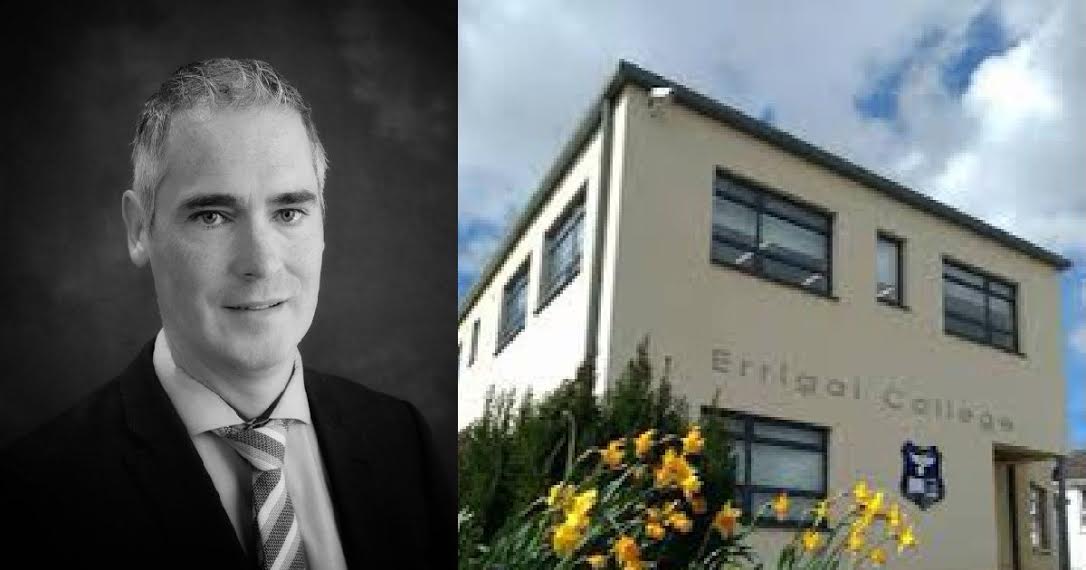 DANNY McFadden has been appointed as the new Principal of Errigal College, Letterkenny – returning to the school he attended as a student.

Mr McFadden, a native of Creeslough, has been Deputy Principal of Deele College, Raphoe since 2013.

He will succeed Charlie Cannon as the Principal at Errigal College, the Donegal ETB has confirmed.

Mr Cannon is retiring at the end of December after 40 years with the Donegal ETB, 35 of which he has spent in Errigal College, with the last eight years as the Principal.

“I am looking forward to working with the current staff, students, parents/guardians, the local community and Donegal ETB to continue the great success Errigal College has had up to now,” Mr McFadden said.

“I’m also looking forward to the new challenges the role will bring including the development of our new school building and making new connections and acquaintances along the way.”

Originally from Creeslough, Danny is a former student of Errigal College. He qualified as a teacher of Business and went onto teach in Errigal College before taking up the position of Deputy Principal at Deele College, Raphoe, in 2013.

Danny officially takes up his appointment as Principal at the end of this calendar year.

Errigal College has a long history of providing quality education to the children and young people of Letterkenny, having originally opened in 1914. Today, the school has a broad curriculum and has an extensive provision of subjects at Leaving Certificate. It also provides Further Education and Training (FET) options through its Post Leaving Certificate (PLC) provision. Planning is continuing to progress on the expansion of the school campus to facilitate 750 students.

Donegal ETB’s Director of Schools Dr Martin Gormley said: “I’m delighted he has joined the senior ranks of our post-primary management team and I very much look forward to supporting him in his new role. I would also like to pay tribute to the outgoing Principal, Mr Charlie Cannon on his retirement and his significant contribution to the senior management team in Errigal College.”

“As a former Principal of Errigal College myself, I’m delighted to see one of our former students and latterly a staff member now taking up this senior management position – the contribution of our Principals to the management of our post-primary provision is central to our delivery of a quality, learner-centred education and training service across the county and its islands.”