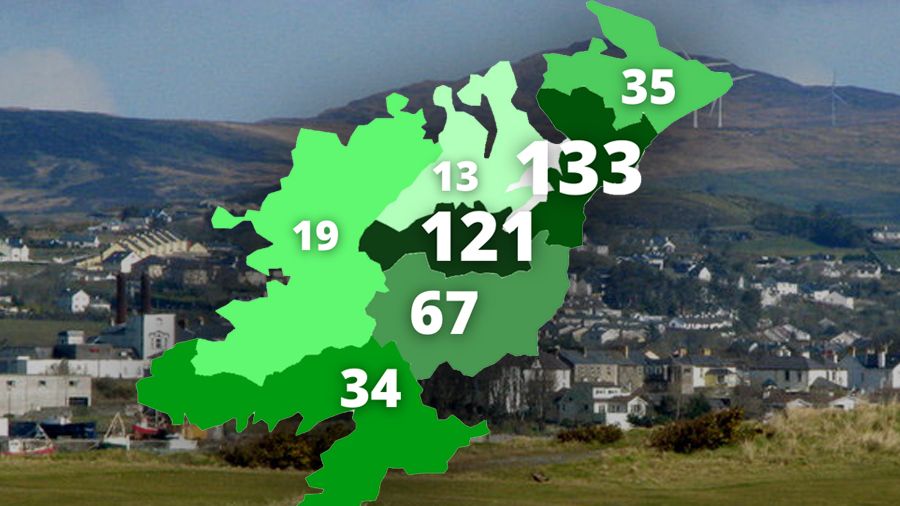 Covid rates in Buncrana soar to highest in Ireland

Covid transmission rates in the Buncrana area have jumped to the highest in the Republic – new figures show.

The area recorded 133 cases of Covid-19 in the two weeks from 20th October to 2nd November, which represents an incidence rate of almost three times the national average of 228.

There is further concern after 75 new cases of the virus were reported across Donegal yesterday. The entire county now has the highest seven day average cases per 100,000.

New figures released by the Department of Health tonight give a picture of the case figures in each local area in the past two weeks.

The data shows that cases in Buncrana LEA have reduced by only 1.5%, while most other areas have made significant improvements.

Incidence rates in the Letterkenny LEA continue to be high, and are currently ranked as the 11th highest in the country. 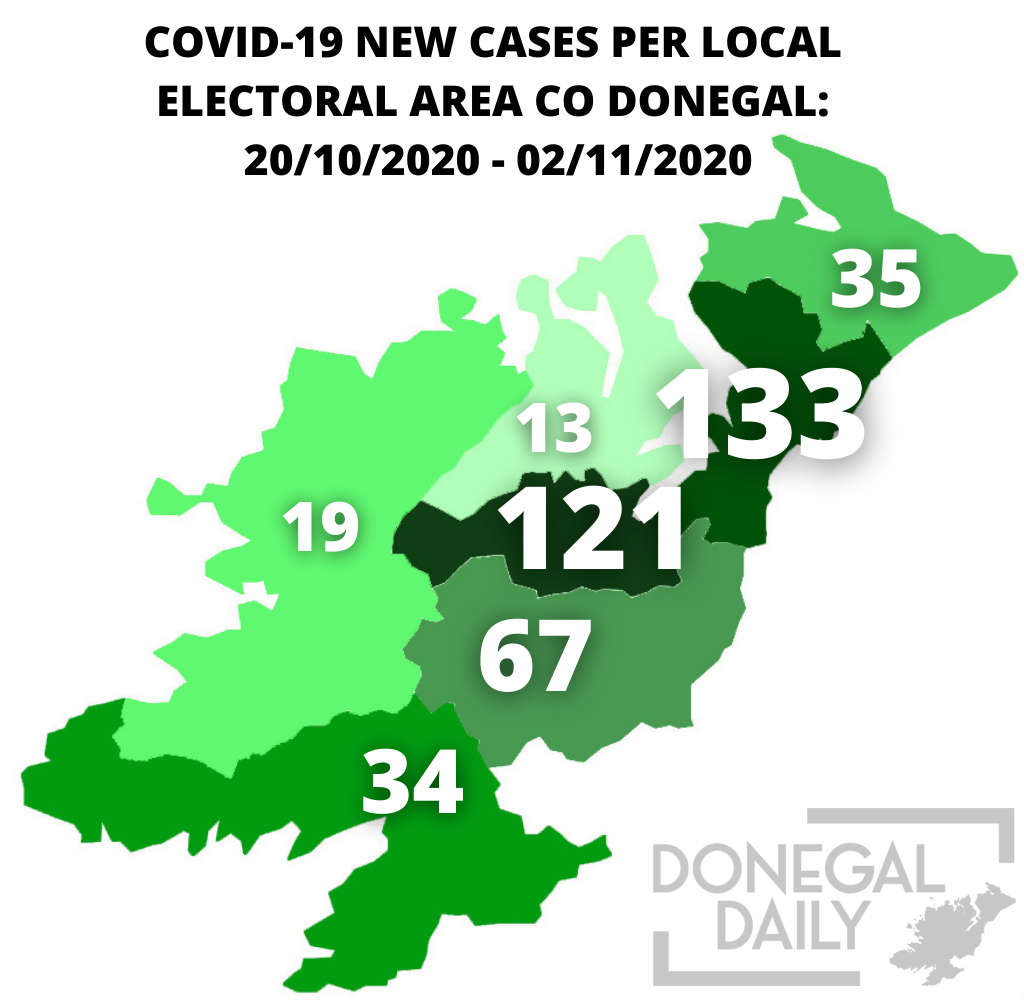 All other LEAs in Donegal recorded lower or equal case rates in the two-week period.

Milford remains among the least affected areas in Ireland, with 13 cases recorded in the area.

The Glenties area is also among Ireland’s lowest rates, after it recorded 19 new cases in the two weeks up to 2nd November. The 14-day incidence rate is 79 per 100,000.

The Carndonagh/ North Inishowen area recorded 35 new cases between 20th October – 2nd November while there were 42 cases in the previous two weeks. The incidence rate stands at 206 cases per 100,000.

The Lifford-Stranorlar area continues to improve. There were 67 new cases of Covid-19 in the two week period and the region now has a 14-day incidence rate of 259 per 100,000 population. This is just above the national average of 228.

The Donegal Electoral Area also recorded a decrease in newly-detected cases. The area has had 34 new cases and the incidence rate has decreased to 128 per 100,000. This is down from 70 cases in the previous two week period.

The COVID-19 Dashboard provides up-to-date information on the key indicators of COVID-19 in the community.