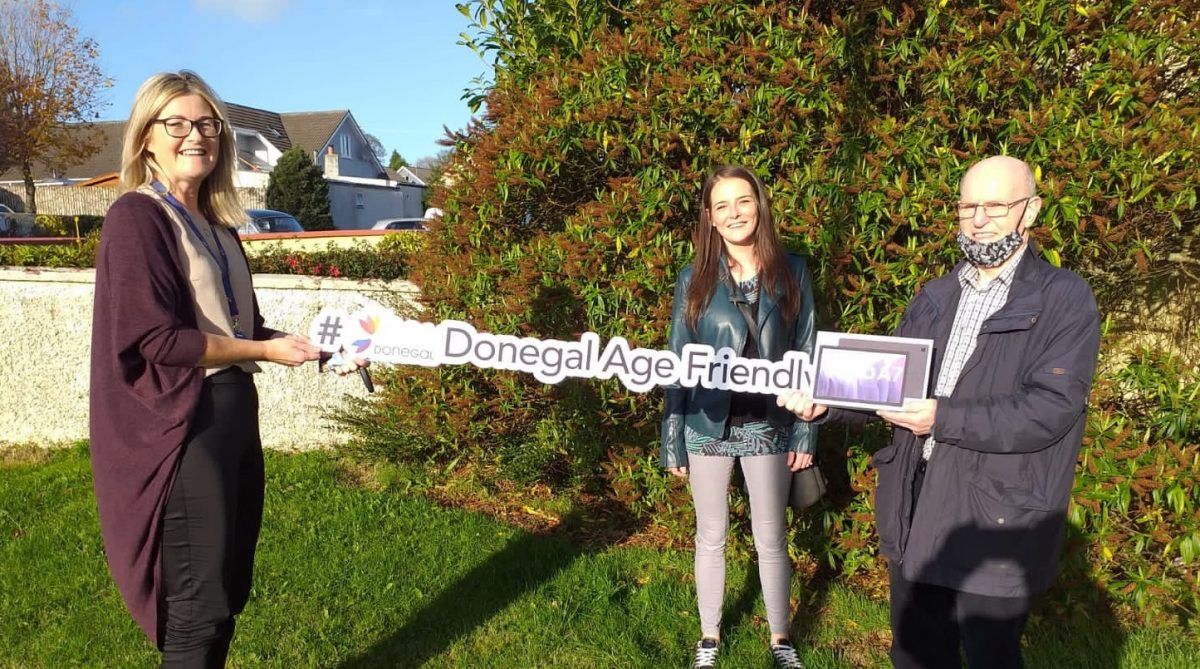 The winners of Donegal’s Wild Atlantic Way Treasure Hunt Competition have been revealed.

During Social Inclusion Week 2020, through the Age Friendly Programme, Donegal County Council in partnership with the Inishowen Development Partnership organised a Treasure Hunt competition of the Wild Atlantic Way in Donegal for older people with 2 lucky winners receiving a Tablet.

Clues were read out each day on the Nine til Noon Show on Highland Radio.

The clues and answers were as follows;

The two lucky winners were John Bonner from Letterkenny and Anna McCallion, Buncrana.

Each of them won a Tablet and have been offered training on using their new Tablet by Denis Kelly, Inishowen Development Partnership.

Speaking to both winners, they never used a tablet before but were looking forward to learning. John’s grand-daughter Kelly Bonner entered each day on behalf of her grandfather. John quoted “I enjoyed having to guess the clues each day and I would ring Kelly up with the answers for her to email on my behalf”.

Anna spoke about never using a Tablet but had a son living abroad and was looking forward to learning how to Skype him with her new device.

A council spokesperson said: “Congratulations to both John and Anna and thanks to Greg Hughes, Highland Radio for delivering the clues each day, Inishowen Development Partnership and Denis Kelly IDP for providing the prizes and training for both winners.”