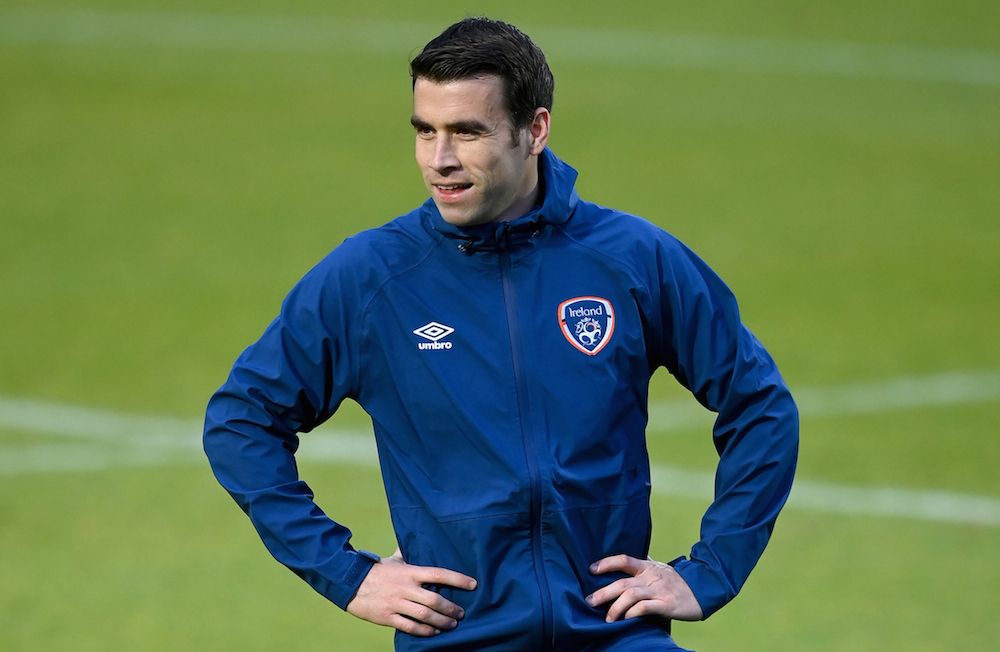 REPUBLIC of Ireland captain Seamus Coleman has been ruled out of tonight’s friendly against England.

The Killybegs man was expected to lead Ireland out at Wembley.

A recurrence of a previous injury in last night’s training session at Wembley, following a scan and an assessment by the FAI medical team, Coleman has been ruled out of tonight’s match against England.

Midfielder James McCarthy has also been ruled out of this evening’s match due to family reasons.

Shane Duffy captains the side, as Seamus Coleman and James McCarthy are ruled out for the Wembley clash#COYBIG | #ENGIRL pic.twitter.com/GiWtWPeqsL