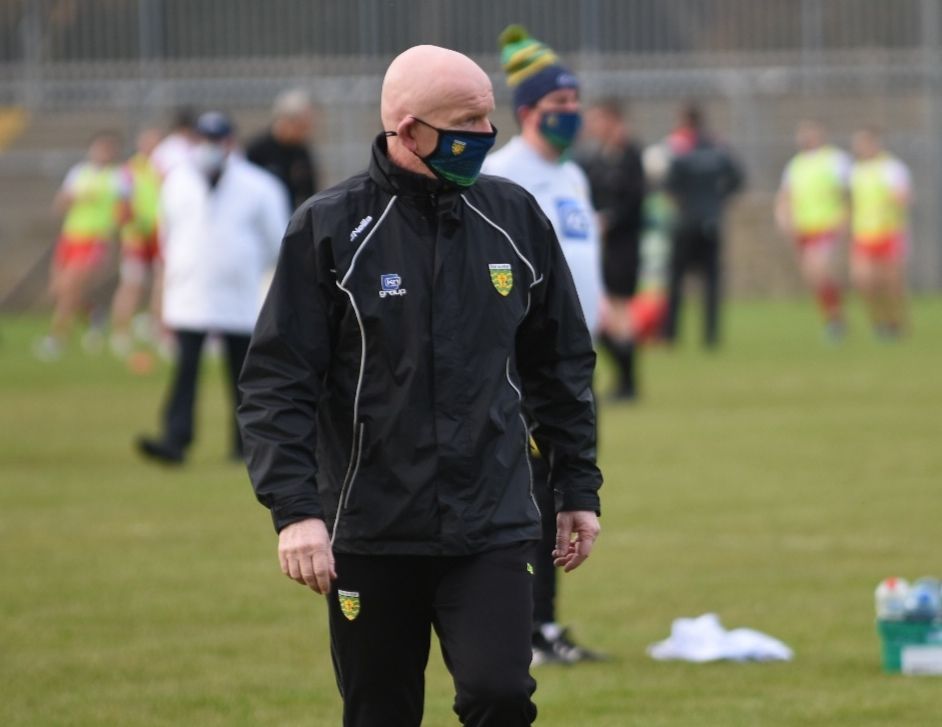 Listen: ‘Real edge’ to Donegal ahead of Armagh test – Bonner

DECLAN Bonner has felt a ‘real edge’ to his Donegal squad in the last two weeks.

Since toppling old foes Tyrone in Ballybofey, there has been much talk of Donegal’s candidacy for an All-Ireland this year.

However, Bonner and company were reminded of complacency’s pitfalls last Sunday when Cork overcame Kerry, another of those tipped for a title tilt.

Donegal are in a tenth successive Ulster final and have been in eight of the last nine finals. However, the Na Rossa man has warned that Armagh will possess a stern test in Saturday’s semi-final in Cavan.

“They’re well set up and difficult to break down. We’ll be in for a difficult afternoon and it’ll be a tough battle.

“We can’t control what’s being said on the outside. We came in very quickly after Tyrone and we didn’t have much time to dwell. Within two hours, we were looking at Armagh-Derry and our full focus was then on Armagh.”

Bonner expects to have Patrick McBrearty and Neil McGee available for Saturday’s game, but Donegal will be without Paddy McGrath, who picked up a knock in training.

Bonner said: “There is a real edge there. It will need everything and everyone to deliver the performance to get us into the Ulster final. If we get the performance levels where we want, we’ll be in with a big chance.”