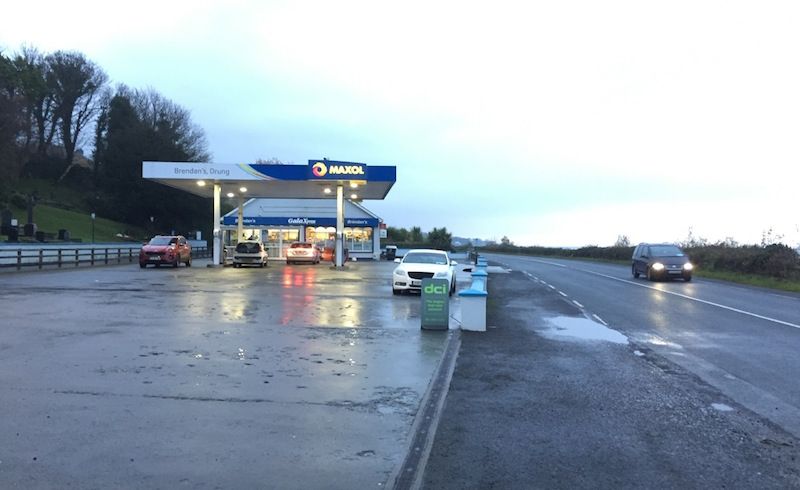 Armed Gardai in Inishowen were dispatched to the scene of an “armed robbery” before realising it was actually a rap video being made!

Worried passers-by contacted Gardai when they noticed men in military-style clothing brandishing guns at Brendan’s Filling Station at Drung on the Inishowen Peninsula.

Inspector Shaun Grant said the incident was treated “very seriously” by Gardai, before they realised that it was “some type of artistic creation” and not a robbery.

“The initial report was that there were a number of masked males in possession of firearms at the premises. This was a very serious call and it was given the attention it warranted,” he explained.

Uniformed members initially rushed to the scene while armed detectives had also been dispatched and were en route to the scene.

However, it was soon realised that the “armed robbery” was in fact something less sinister.

Inspector Grant added that it wasn’t obvious that this wasn’t a serious incident and they had to act accordingly after the contact was made by the public.

He said “A graduated response was being rolled out before we realised that it wasn’t quite as serious as initially thought.

“It subsequently transpired that the individuals were involved in making some type of artistic creation and we were satisfied that this was the case.”

“Thankfully it wasn’t a serious incident, as was reported to us, but that wasn’t immediately obvious at the outset,” he added.

The shopowner, Brendan Doherty, said he knew nothing about the shooting of a video in advance of what had happened at his premises.

He said “A passerby phoned me to say there were six men over at the shop and they had masks and guns. So I phoned the guards and stayed in the house until they arrived.”

He said Gardai were subsequently able to go through the CCTV footage and they could see that the incident was being filmed by one of the individuals involved.

“Looking back after the event now, it was easy to see it was harmless enough, but at the time we didn’t know what it was.”

“It was serious at the time.”

And although nobody was injured, Gardai say they should have been informed in advance of what was taking place.

Inspector Grant said Gardai will be “following up” with those involved, while the “matter will be considered further”.

He said the relevant authorities should have been made aware beforehand that it was a video and not something more sinister.

“The fact that no one was made aware of what was happening meant that it had to be taken seriously.”

“It would have been helpful if all concerned had been made aware of what was happening beforehand.”

“We will be liaising with the organisers of this,” Inspector Grant confirmed.