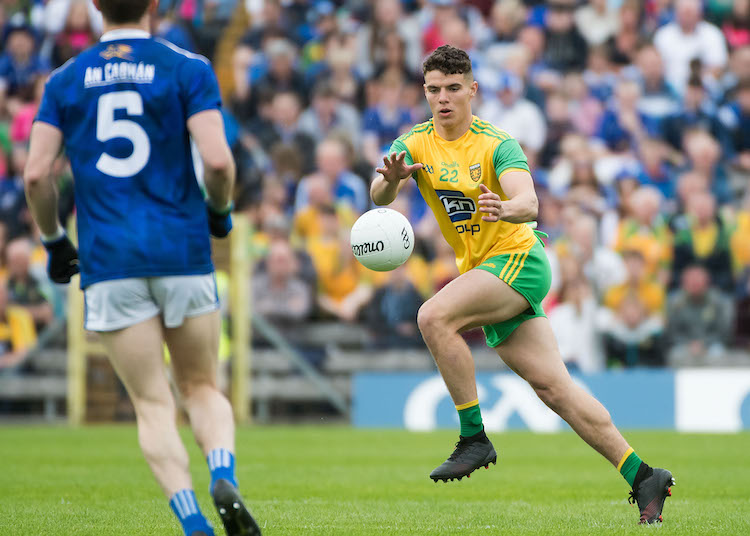 A VISIT to the vast West Point campus gripped and inspired Odhrán McFadden-Ferry.

West Point houses America’s largest military museum and is the home of the US military academy.

Frank Matone, his great-uncle, had served in the US Navy during World War II. Matone’s father trained officers for service in the World Wars. One of his students was Dwight D Eisenhower, the 34th President of the United States.

As McFadden-Ferry flew with the 117 Infantry Battalion on a United Nations (UNIFIL)  peace-keeping mission to South Lebanon this week, he felt the hands of his ancestors were upon him.

“I always wanted to be a solider,” he said.

“I have family who were strong in the American military and I have an uncle is in the Irish army. From a young age, I was always interested in the army, playing with guns and all sorts of stuff.

“I got to meet my dad’s uncle who fought in World War II and when we went over West Point, I got a tour of the military academy. I knew then that I really wanted to be in the army.” 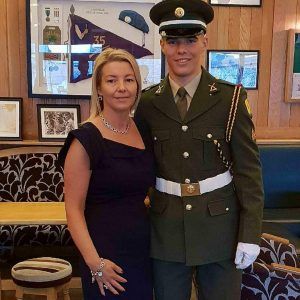 Odhrán McFadden-Ferry and his mother, Sadie

The plan had been carefully constructed back in more normal times.

Based as a Private with the 28th Infantry Battalion at Finner, this tour of duty ticked a lot of boxes.

He said: “Finner were leading it and the timing was ideal for the football. I just stuck with my guns and went for this ones.

“It makes it easier in a lot of ways. If I waited and another battalion was going, I would have yo go to them for maybe two or three months before flying out. It just made sense to stick with this tour.

“Declan (Bonner) was very supportive. He knew that I would be heading off at some stage so it didn’t come as a surprise to him.”

He’ll end his tour around the time the 2021 Championship could be expected to begin. 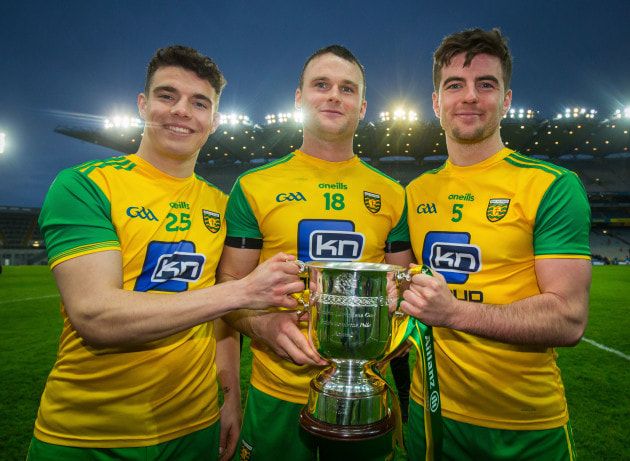 This week, 347 Defences Forces personnel, including 22-year-old McFadden-Ferry, left Ireland for the posting.

He said: “I love the army. it keeps me fit. You’re always fit and always in training mode.

McFadden-Ferry watched Donegal’s quarter-final over Tyrone on an iPad in his room at the Glen of Imaal in the Wicklow Mountains, where the troops spent a 14 days in quarantine before their departure.

He read the talk of Conor McKenna in the build-up and looked enviously as his club mate Neil McGee tussled with Tyrone’s returning AFL ace.

McFadden-Ferry said: “Watching the game was sickening. I wanted to be involved so much. It made me sort of feel homesick.

“After the whole year we had last year, right from pre-season this year, all the talk was about Tyrone. 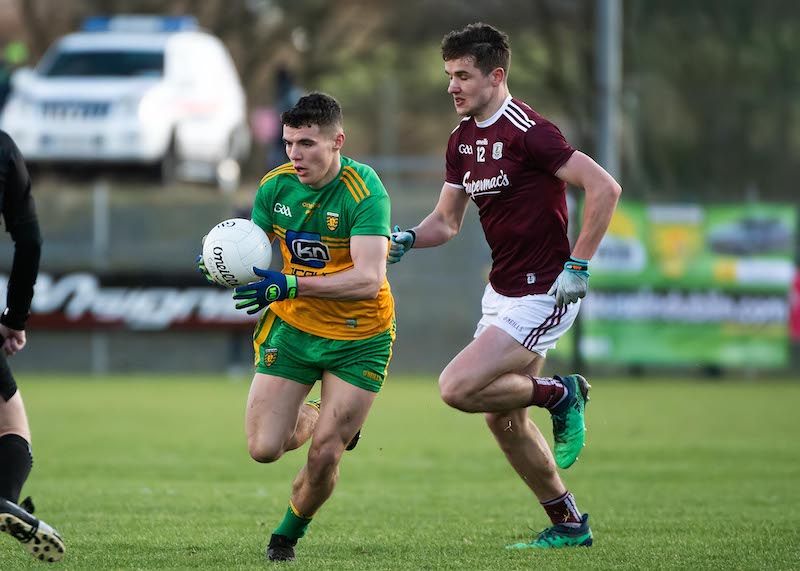 “I saw the pictures of Neil and McKenna, him mouthing away, and with the day that was in it too it was my sort of game.

“It was a real battle. It was so hard to play football in those conditions. It was a real dog fight, but it was great to see the boys get over the line. Watching the game definitely made me miss home.”

The teak-tough defender is cut from the same Gaoth Dobhair mould as McGee.

He earned his corn while playing for Gaoth Dobhair during their voyage to the 2018 Ulster club title.

All through the spring and early summer of 2019, he watched and waited.

Finally, the call arrived on a June Sunday when McFadden-Ferry was given his Donegal stripes in the Ulster final. Bonner had him ear-marked to shackle Martin Reilly. Donegal won 1-24 to 2-16 with Reilly held scoreless.

He said: “It was some shock to come out in front of the support for my debut.

“We had a tight squad and it was brilliant to get in. Declan showed good faith in me to get me in for the run. I couldn’t believe it.

“For quite a while, Declan was saying that I’d get in here or there and I was ready to go.

“It was funny getting in for the first time in a final. I was in for a man-marking job on Reilly.  “I felt that I was going well and was really getting into the mix.”