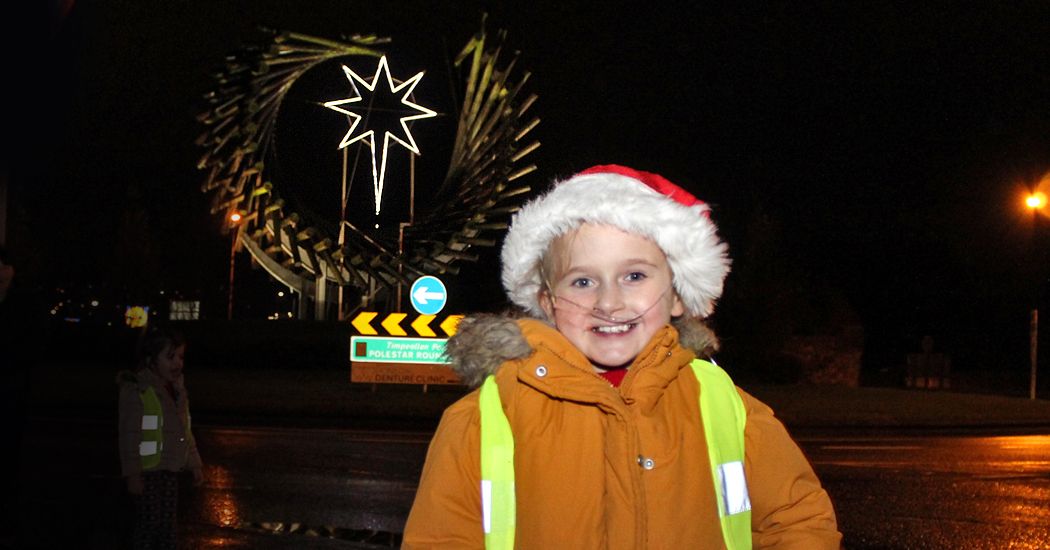 A special schoolgirl was the ‘star’ of the show as she turned on the first Christmas light in Letterkenny this evening.

Kalize McGuigan, who will be nine-years-old tomorrow, switched on the ‘Star of Hope’ in the centre of the Polestar Roundabout to bring some early sparkle to the season.

She was joined by her four-year-old sister Sophie, mum Sarah Louise, and close family for the important occasion. 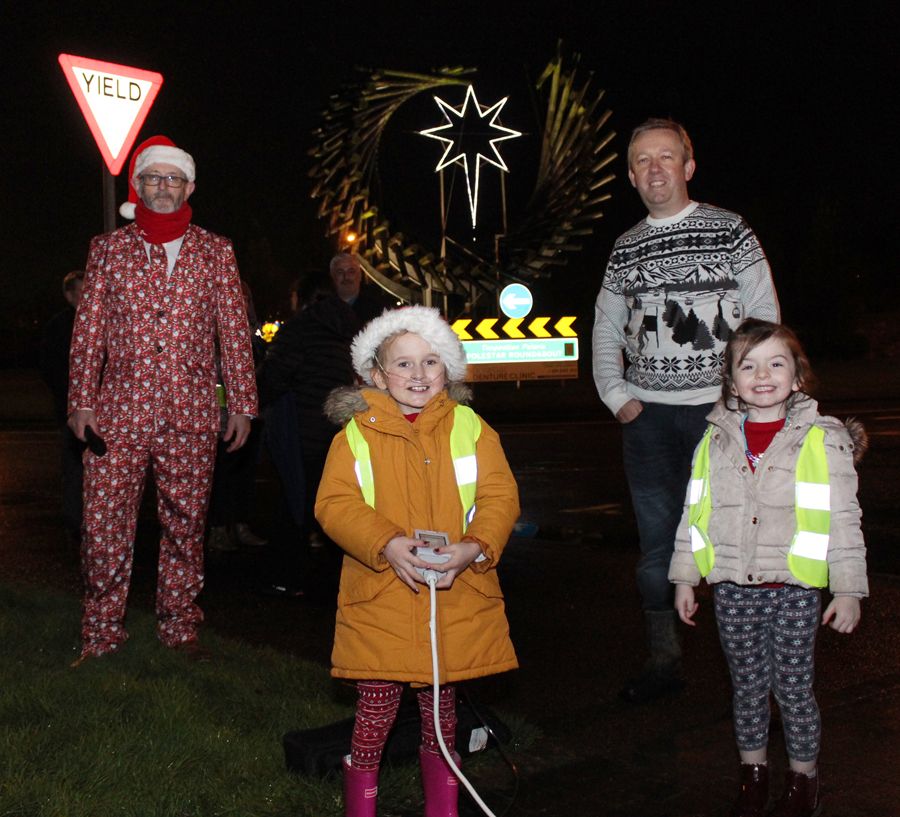 Kalize performed the big switch-on like a pro, but later commented that it was ‘a bit scary’ because she had never done it before.

But this little girl is a true example of bravery every day. Kalize has a complex heart and lung condition and will be attending the LauraLynn Children’s Hospice in December, but before that, she has two very special events ahead.

Kalize will celebrate her ninth birthday tomorrow and in two weeks’ time she will appear on The Late Late Toy Show. The details of her appearance will be kept closely under wraps until the night, but she told Donegal Daily that it will involve her favourite hobby – dancing.

Kalize’s birthday plans tomorrow will also involve some of her favourite things – cake and dancing with her sister. 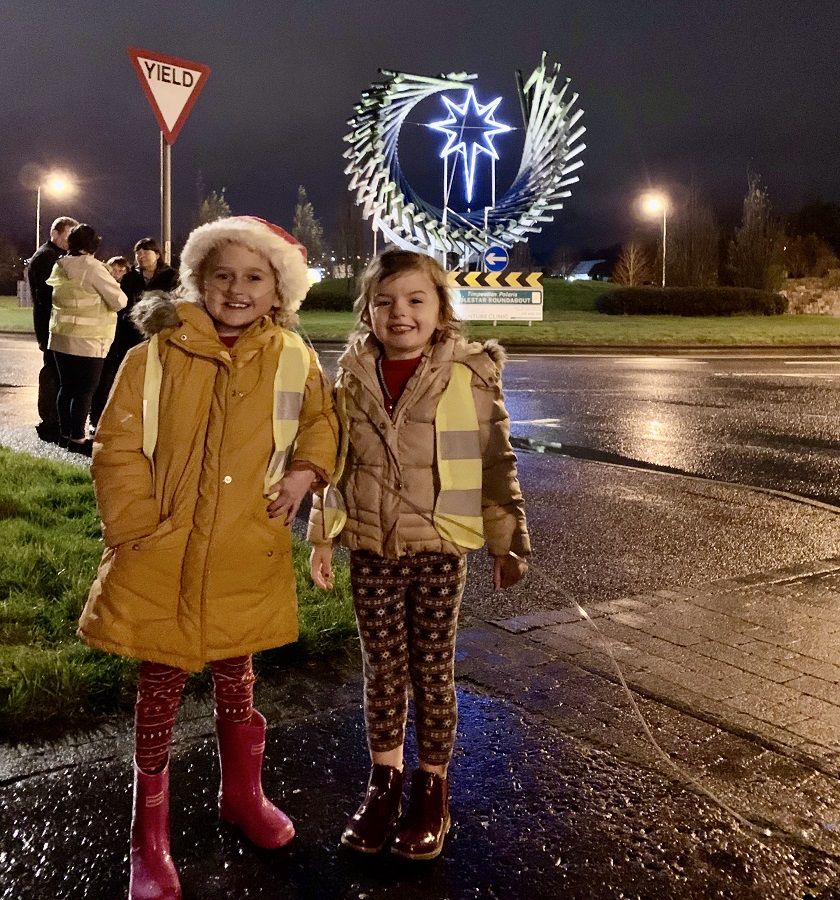 Jimmy Stafford, President of the Letterkenny Chamber, said Kalize is a shining example for everyone: “Kalize is going through illness at the moment, but she has joy in her face. She has so many good things happening now – she is going on The Late Late Toy Show in two weeks’ time, it’s her birthday tomorrow. She is really positive, she gives everyone a lift.”

The Star of Hope, located at one of the main entrances to Letterkenny, has been lit early as a beacon of positivity this year.

Stafford said: “We’ve called it the Star of Hope to give people hope for the coming weeks and months, that we can get our businesses back open, people back to work and hope that everyone’s health and safety keeps well. We hope for the future, because we have to hope in these current times.” 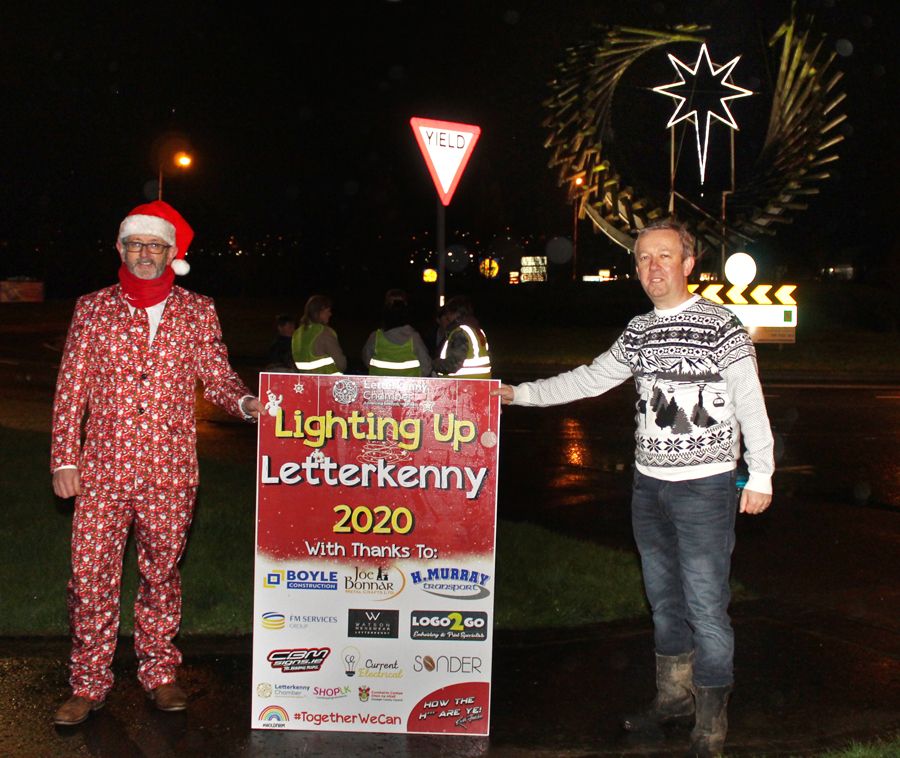 DJ Keith Fletcher and President of Letterkenny Chamber Jimmy Stafford at the ‘Star of Hope’ Switch on. 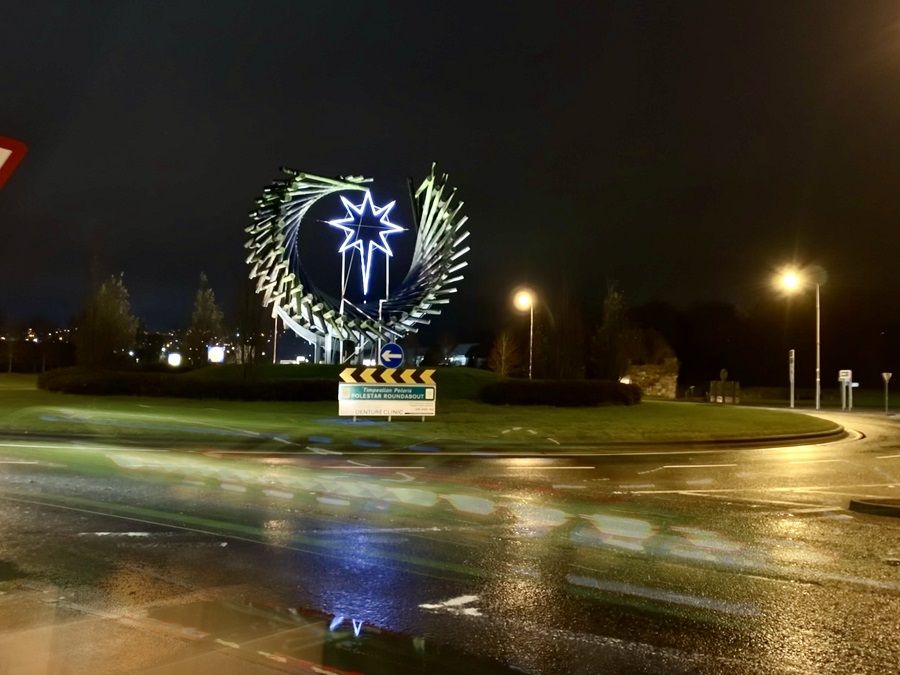 The Christmas ‘Star of Hope’ at the Polestar Roundabout, Letterkenny

The rest of Letterkenny’s Christmas celebrations will also take on a different form, Stafford explained:

“Next Friday night will be the official Letterkenny Lights Switch-On, unfortunately we can’t have crowds so it’s going to be virtual. We will have Letterkenny lit up with the great support of our GoFundMe page. People are wanting to contribute as we bring positivity around Letterkenny. This is the start of it tonight.”

The Letterkenny Chamber is this year inviting locals to help fund the town’s Christmas display through an online fundraiser. Rather than asking businesses for support during this difficult year, the community is being asked to lend a helping hand if they can via the GoFundMe: https://www.gofundme.com/f/light-up-letterkenny-christmas-2020 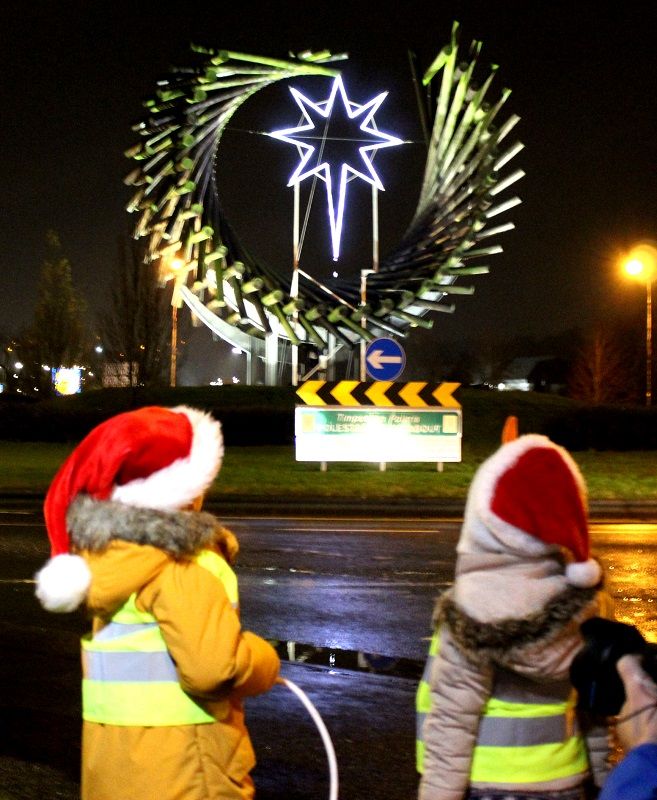