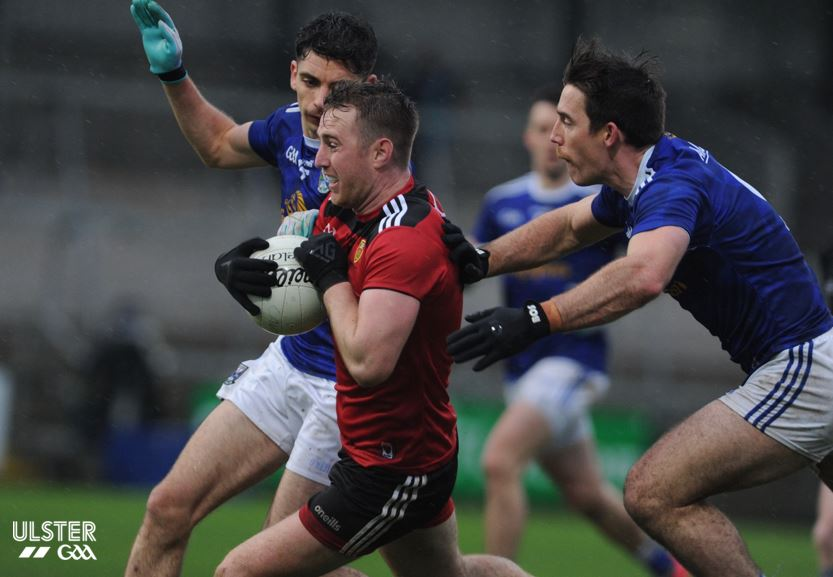 CAVAN staged a stunning comeback to book a place against Donegal in next Sunday’s Ulster final.

Cavan came from eight points behind at half-time to win by the minimum at the Athletic Grounds.

Cavan had to come back from the brink in their opener against Monaghan and they were also behind last week in a quarter-final with Antrim.

“We don’t do things easy in Cavan,” Graham said.

“It seems we’re slow, whether it’s nerves or standing back to see how the game’s going, to start.

“We were really worried at half-time because sooner or later we knew that we wouldn’t get out of jail.

“At half-time, we said it could be the last 35 minutes of the season so let’s have a really good go at it – and that’s exactly what the lads did.”

Down were eight points ahead at half-time with Cellium Doherty’s goal helping them to lead 1-9 to 0-4 at the changeover.

Down were 1-5 to 0-1 ahead at the water break and continued their romance.

With Man of the Match Conor Madden and Gearoid McKiernan reducing the arrears to a point, Cavan had the tables turned.

Ten minutes from time, Thomas Galligan levelled it up at 1-11 apiece and a McKiernan free in the 65th minute had them ahead for the first time.

Graham said: “Lots of people have doubted these lads’ resilience. They have shown what resilience and character that they have. They’re fighting and scrapping for every ball.”