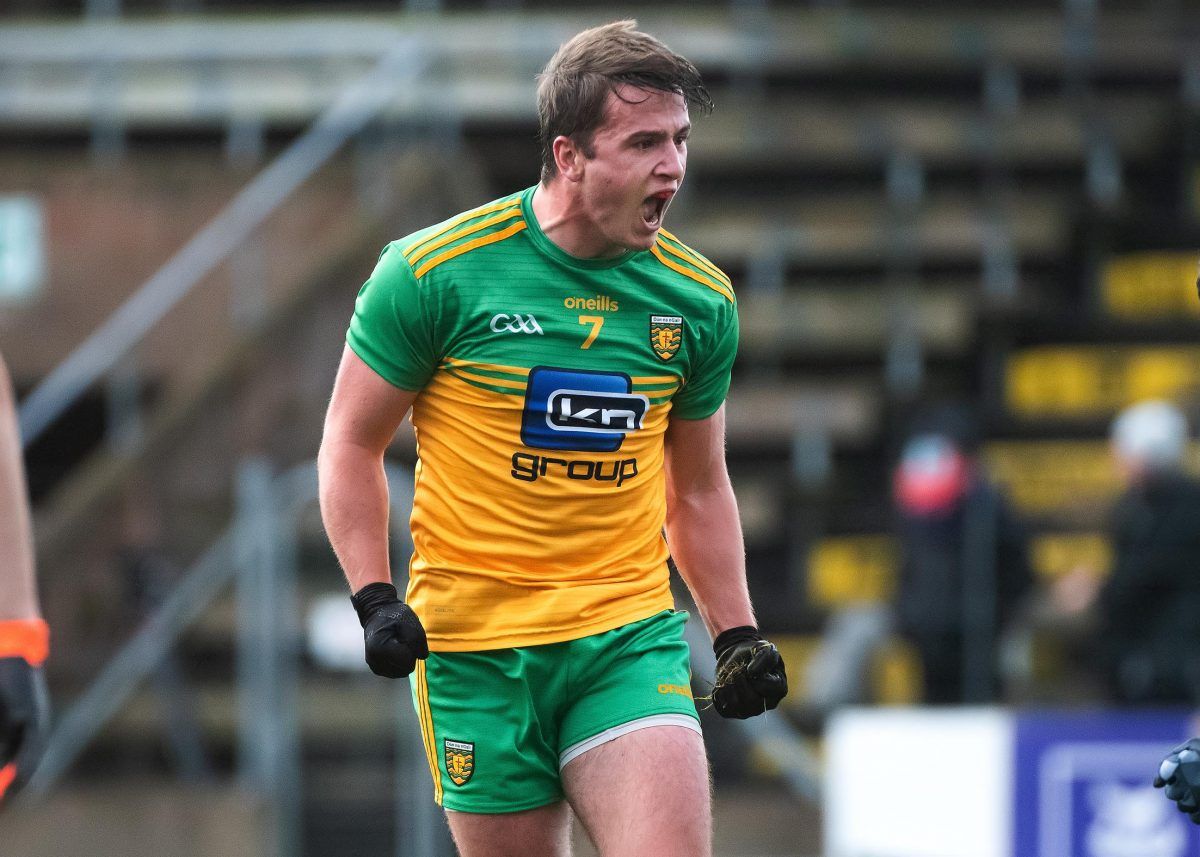 Mogan lays down his mark as ‘new’ Donegal comes of age

IT seems like a deception that Peadar Mogan is a newcomer to senior championship football.

by Chris McNulty in Cavan

The St Naul’s ace scored 1-2 yesterday as Donegal reached the Ulster final thanks to a clinical dispatch of Armagh.

His Championship debut came only two weeks ago in the win over Tyrone, but he has the cut of a seasoned campaigner.

“When you have boys who have won the All-Ireland, it’s great for boys like me just coming in,” Mogan said.

“We have good players all over the field.. We’re confident in the players that we have all over.”

Only Michael Murphy and Neil McGee from the 2012 All-Ireland final started in Cavan yesterday while Patrick McBrearty was sprung from the bench in the second half.

The likes of Caolan McGonigle, Jeaic Mac Ceallabhuí and Andrew McClean have emerged from the shadows to contribute handsomely.

Yesterday, Mogan struck gold in the 34th minute of an impressive win.

He said: “It’s good to get it. Any day you win an Ulster semi-final is good.

“We used the wind to our advantage. The second half was all about controlling the game as much as we could. We just wanted to tick on as many scores as we could and stay in control.”

Peadar Mogan was named man of the match after Donegal's win over Armagh! pic.twitter.com/tKVJp6KKG8