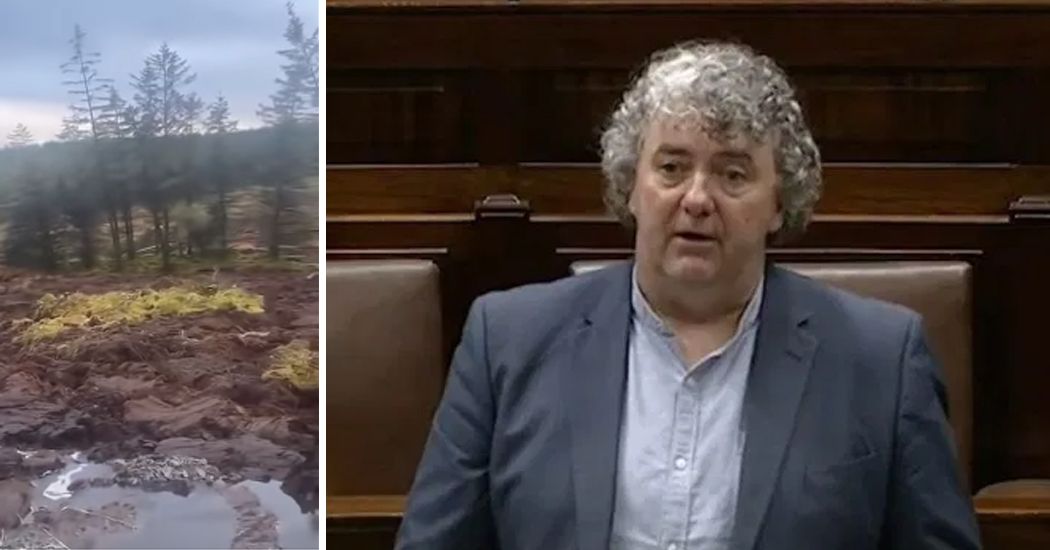 Bogslide ‘shocking but not surprising’

Donegal TD Thomas Pringle has issued a call for changes to the planning process for wind farms following the large bogslide outside Ballybofey last weekend.

The Independent TD says the bog slippage near Meenbog Wind Farm was “shocking but should not have been surprising.”

A video of the bog slippage was posted to social media, showing a row of standing trees slipping downstream.

Deputy Pringle is planning to discuss the issue in the Dáil this week.

The deputy said that there are steps that could be taken more quickly to prevent similar occurrences, saying independent environmental assessments are crucial for these works.

Deputy Pringle said that currently, applicants commission assessments as part of their submission to local planning authorities. Instead, developers should be required to fund an independent assessment.

“That would go very quickly, I think, in sorting all these problems out,” Deputy Pringle said, adding that those steps could be taken while looking at longer-term measures that may also be needed.

Deputy Pringle also said he had serious questions about the level of contact that took place between the developer and the local authority since planning permission was granted, the conditions that were to be in place for construction of the wind farm, and how the work was monitored.

“And that’s the problem – the planning system is very strict and robust up until the point when you receive planning permission,” Deputy Pringle said.

Donegal County Council has said a full investigation is under way by all agencies.