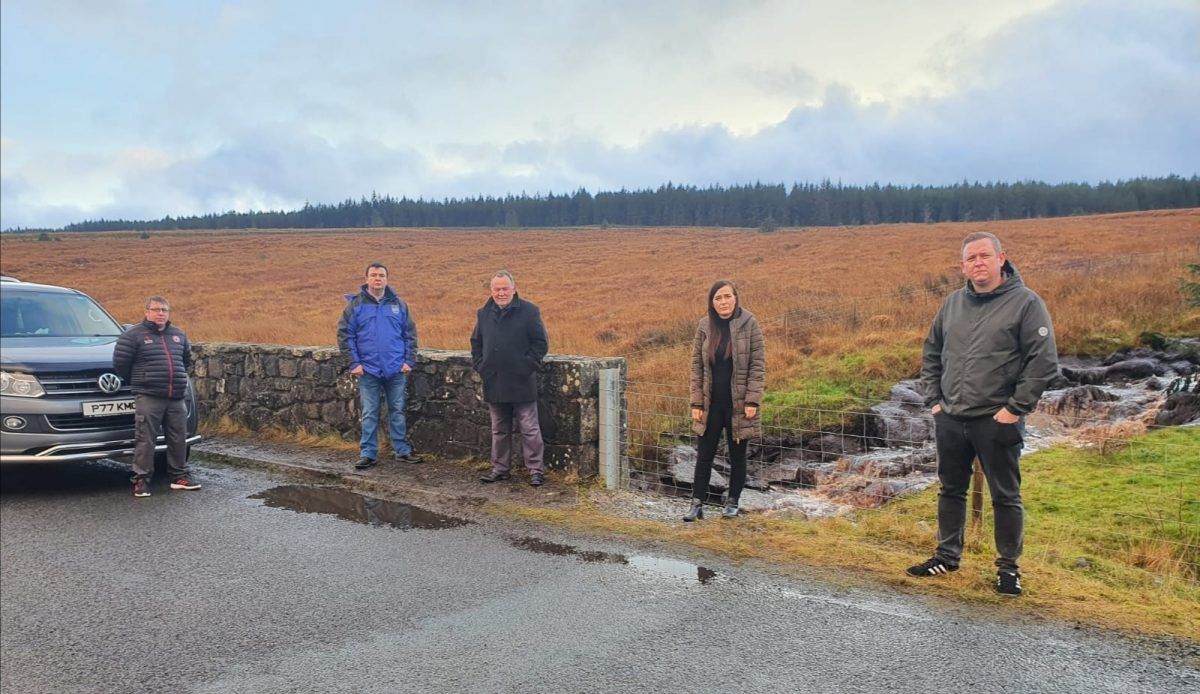 Demand for answers after major bogslide

There are calls for a full investigation into the damage caused by a peat slippage near the Meenbog Windfarm outside Ballybofey.

Sinn Féin representatives from Tyrone and Donegal visited the site of the landslide at the weekend and claim that substantial damage has been caused to the Mournebeg river and fish farm.

West Tyrone MP Órfhlaith Begley said they were horrified at the damaging scenes: “Our reps have taken immediate action in contacting all relevant statutory agencies regarding the emergency plan, the safety of the drinking water in the area and have called for all works to stop until a full investigation has been carried out and the full extent of the damage caused is known.

“We will also be raising this directly with the relevant executive ministers,” she said.

Shortly after the event, Irish Water said there was no immediate concern for water services in the Finn Valley. “The Mournebeg River flows away from Lough Mourne and may have more impact on the river downstream,” a statement said.

Donegal County Council and The Loughs Agency are also investigating the incident.

Meanwhile members of the Derg Valley Community Angling Club are closely monitoring the Mournebeg amid concerns for fish.

A member reported finding one dead salmon in the Derg, but said it was unclear where it came from or where it died.

“The water downstream from the ‘Island’ is presently so dark and polluted that it is impossible to see any fish, dead or alive, in it,” they said.

“Whilst I truly hope that any environmental impact from this incident is temporary and short lived it is vital that we can record any loss of fish life in the days ahead. This will help our Club and the Lough’s Agency quantify the impact to our river from this incident.”

Members of the public who find dead fish along the Derg, downstream from Mournebeg, is asked to report any sighting to the Lough’s Agency.

The group said that another check on Sunday did not reveal any further deaths: “No dead fish were sighted however as the river is still very black with zero visibility this does not mean there aren’t any there. We can still live in hope that they will survive but it is vital we maintain eyes on the river for the days ahead,” said a statement on Facebook.