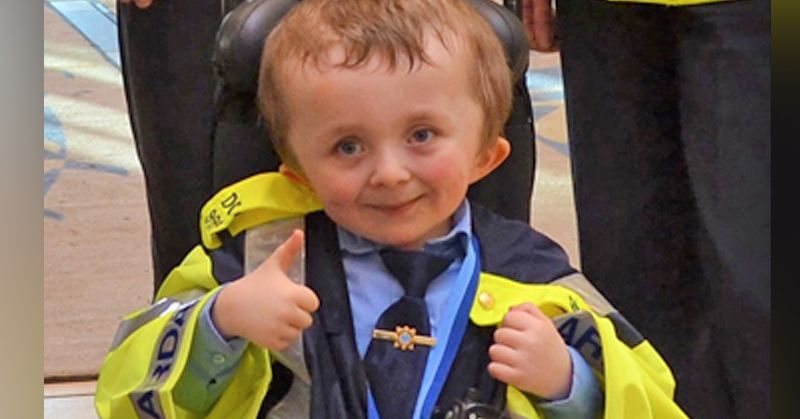 A young Donegal boy could be policing The Late Late Toy Show next week, but is being very ‘guarded’ about the the details.

Nine-year-old Jack Beattie from Raphoe is an honorary member of An Garda Siochana Donegal.

The popular boy went viral this year with his safety message during the coronavirus pandemic. He hasn’t been able to be ‘out on the beat’ very much due to his health, but there could be one major public appearance in his schedule later this month.

Jack posted a Facebook video to let his friends know that they should keep a close eye on the Toy Show on November 27th.

“Make sure to watch for the Late Late Toy Show, Friday the 27th of November,” he said.

A few winks from Jack in the video suggest that the show will be well worth a watch!