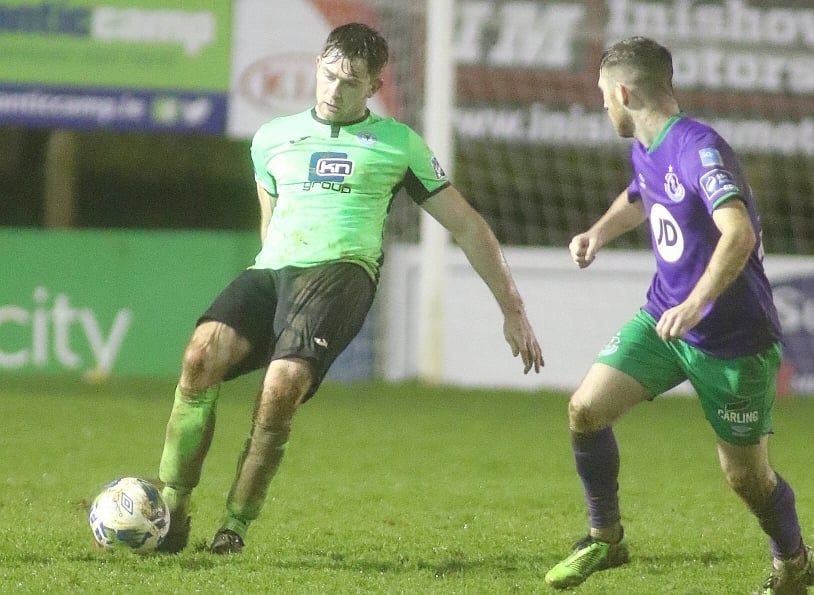 At times, representatives from these parts could be accused of paranoia in how they perceived their treatment. Here, however, Harps’ protests were legitimate as they saw Shamrock Rovers aided by the awarding of three penalties in a five-minute spell early in the second half.

Barry McNamee and Stephen Folan netted the first-half goals as Harps led 2-0 at the break – and dreaming of a big upset. 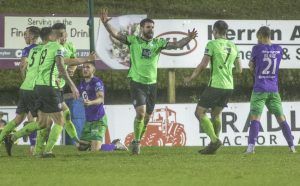 Harps’ evening unravelled in the space of five chaotic, controversial minutes when the visitors were awarded three spot kicks.

First, Liam Scales went down under the challenge of Sam Todd. Harsh as it seemed, Mark Anthony McGinley superbly saved from Aaron McEneff.

The drama had yet to unfold. 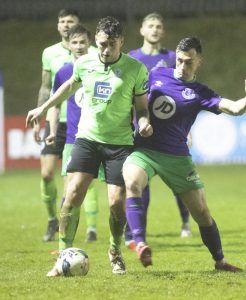 Ronan Finn’s attempted ball back into the area was adjudged to have struck the arm of Mark Russell. This time, McEneff drilled to the net.

The dust hadn’t settled when Graham Burke pushed the ball past McGinley and went to ground under the goalkeeper’s challenge. With the Harps bench fuming, McEneff found the bottom corner to level the tie.

To rub salt into the wounds of Ollie Horgan’s side, it was Burke who netted the winner, tucking home after McGinley clawed away Jack Byrne’s header.

Rovers, the FAI Cup holders, had not been beaten all season and few gave 9/1 shots Harps a chance.

And yet, it was Harps who took the lead on 15 minutes. The chance was made by Adam Foley, who got the better of Joey O’Brien on the left-hand side. From his centre, McNamee took a delicate touch, with Liam Scales losing his footing at the same time, before the Ramelton man coolly tucked into the bottom corner. 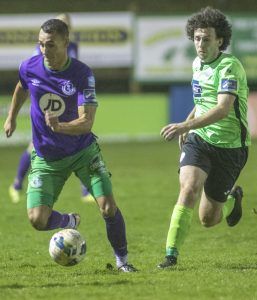 Remarkably, they doubled the advantage just six minutes later. Folan was under stern pressure as he stopped to meet a probing free by Ryan Connolly – who spent 2017 at Rovers – and a looping header from the Galway man was up and over the helpless Alan Mannus.

In between the goals, Harps had a real scare as Danny Lafferty met a delicious Jack Byrne cross, but the left-back was unable to get his attempt on target.

Harps were without the suspended Shane McEleney, while Kosovar Sadiki was absent from the match day squad. Alexander Kogler dropped to the bench with Sam Todd, Karl O’Sullivan and Mark Coyle all returning.

Byrne played as a substitute for the Republic of Ireland in Wednesday’s 0-0 Nations League draw with Bulgaria and was in from the off here. So, too, were McEneff and Burke, who were also in the Irish squad this week.

Just before Folan’s goal, McNamee and Foley almost combined to good effect again, but a timely interception by Scales prevented Foley from getting in. 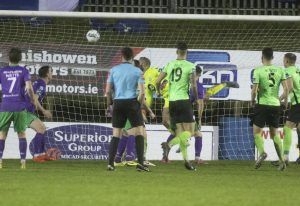 After Mannus almost got caught out by a wicked throw-in by Dave Webster before the Rovers goalkeeper saved well when Foley headed goal wards form Mark Russell’s cross.

Just before the break, Mannus saved from McNamee, but Harps were in dreamland as they went for the refreshments 2-0 in front.

The rain teemed down and Harps’ hopes evaporated into the night; their season now over and left to think about what might have been.