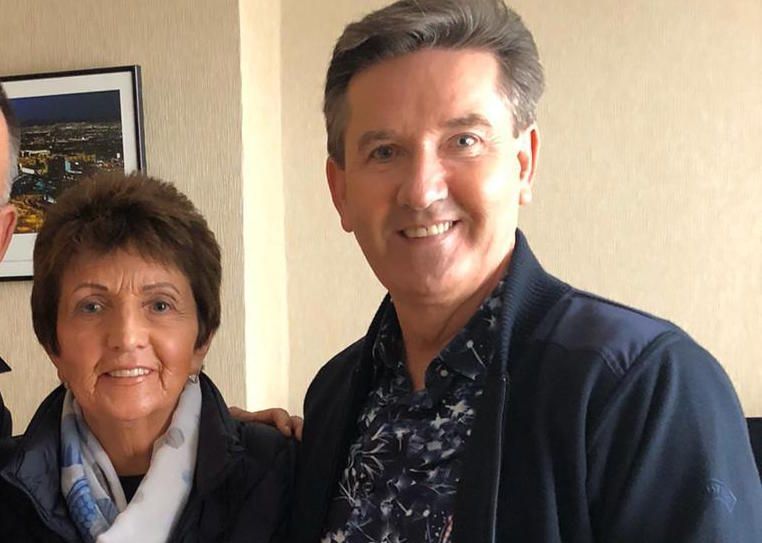 Margo said she wasn’t keen on Daniel going into showbiz

Country music star Margo O’Donnell has revealed she wasn’t keen on younger brother Daniel following her into the music industry.

The Kincasslagh woman said she had encountered a very rough ride and didn’t want Daniel to experience the same.

Margo was just 13-years-old when she joined her local showband The Keynotes.

By 17 she recorded her first solo record and promoters began to take notice.

She recently celebrated an incredible 55 years in the entertainment industry just before it came to a screeching halt back in March.

But despite brother Daniel’s global success, Margo said she feared for him.

“I am extremely proud of Daniel even though in the beginning I didn’t want him to sing. When he said to me that he wanted to get into the music business I wasn’t gone on it.

“I had a pretty rough old ride in the business because to be honest, I didn’t have anybody to guide me and I made a lot of mistakes. I didn’t sign the right contracts. I was misused and lost a lot of chances and money that I should have gotten.

“But you can either dwell on that or you can get up and hit it straight on! So I didn’t want Daniel to go down the same road as me for that reason but there was no talking him out of it.

“I thought he’d get tired of the band and tired of the road, but he only got to love it more and more as he travelled with me.”

“He had it all, I know I am biased because he is my brother but Daniel has the whole package! He is a true performer and I am extremely proud of him and I am proud that it is me who introduced him to the music world even though I didn’t want him to do it in the beginning,” she told RSVP.

And despite lockdown, Margo revealed that herself and Daniel are still working together – online!

“We have a nursing home here in Castleblayney – it’s called St. Mary’s Hospital and I do zoom calls to the residents and I sing to them. They are split into three different groups because of coronavirus so I do it on three different days.

“It’s amazing what you get out of doing those things. I got Daniel to sing a couple of songs for them one day from Donegal and it was great, they loved that.”