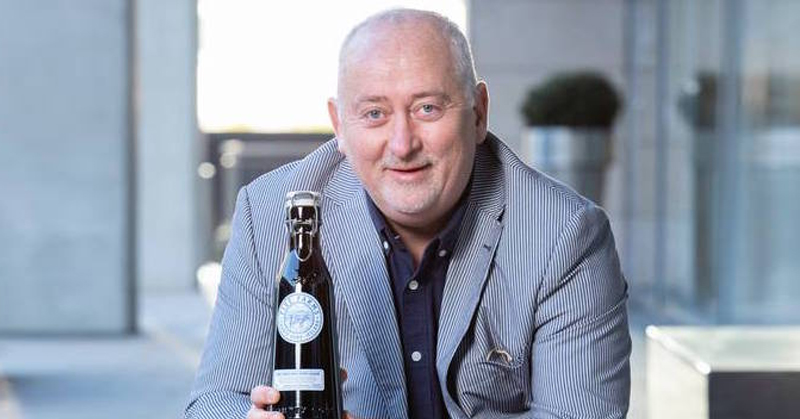 The Donegal man behind the world’s best Irish Cream

The smooth and luxurious drink, which boasts a 10% whiskey content, is tipped to feature as a festive pour in many homes this season. Raphoe native Johnny Harte co-created Five Farms with a special visual in mind – as the perfect drink to end a special meal.

“To me, Five Farms was always something special to have at the end of an occasion. I visualise families or friends around a table at Christmas, St. Patrick’s Day or an anniversary, where there is a ritual to opening the swing-top bottle and talking about the story of it. The opening of Five Farms is our Irish version of popping a champagne cork.”

The milk-shaped bottle is a nod to the milk containers of the past and a clear indicator of the dairy heritage behind the drink. 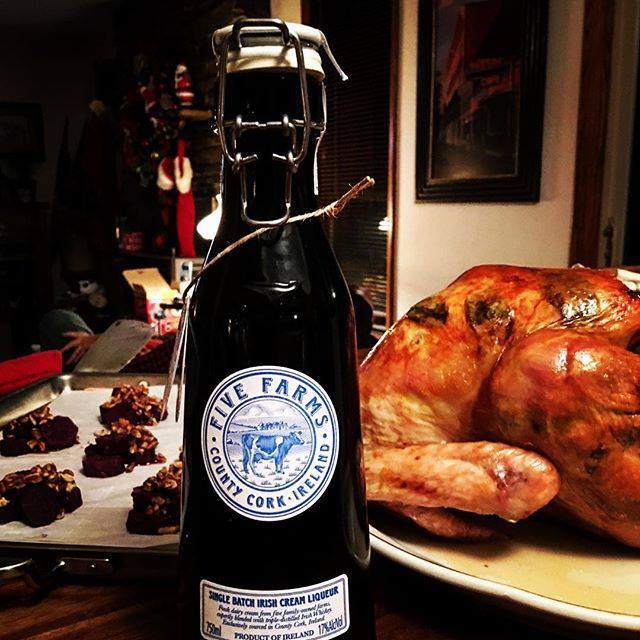 Five Farms may be smooth and sweet, but everything about its creation was extreme.

Harte, who has a strong background in Irish Whiskey, wanted to challenge a competitive Irish cream market that had lost its shine.

“Five Farms was a project that I wanted to celebrate a craft that I had felt, in my own career that had not been celebrated enough, or at all,” he said.

“We created a product that was very expensive to make, artisan, traceable and handmade.” 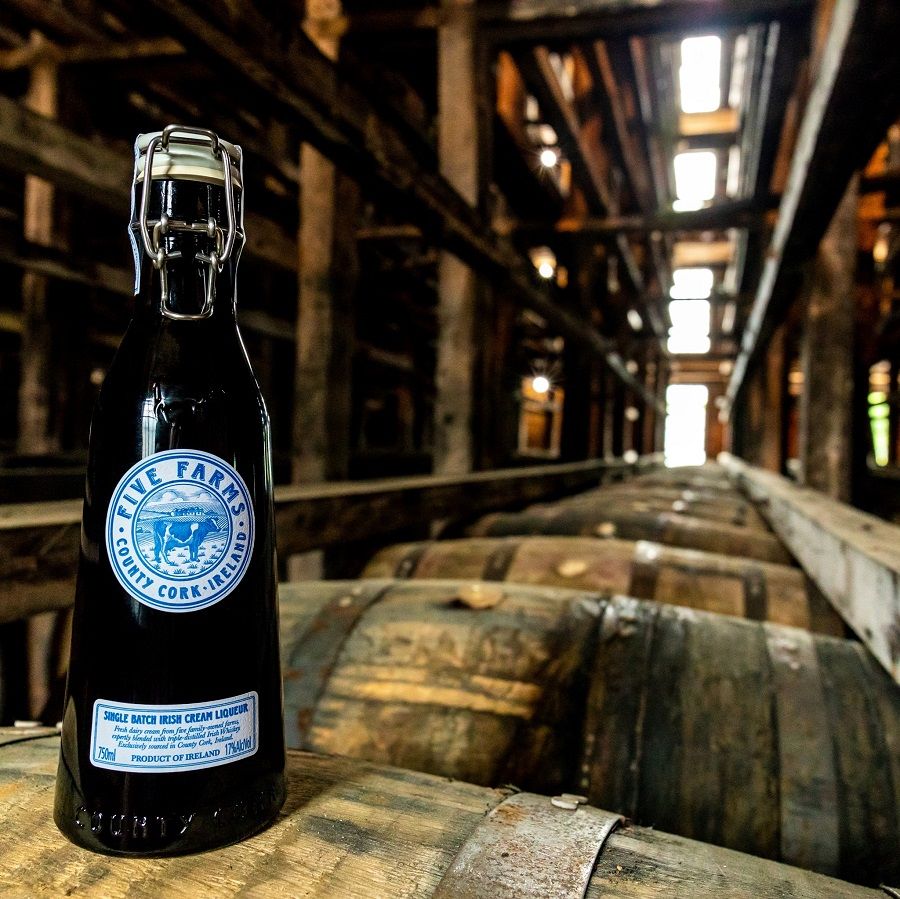 The result has attracted a fan club of people who appreciate fine liqueurs and a drink that is made to the highest quality. So high, in fact, that it has been crowned the best in the world.

“It’s alright for us to say we set out to make the best, but we are recognised by the trade as the best. We got the highest score ever for an Irish cream in the Oscars of drinks – The Charimans’ Trophy – with a score of 97.”

In Ireland, Five Farms is stocked by Supervalu and Centra, O’Briens, and many independent off licences. It is priced at a premium €35 – making it a drink to appreciate and to drink moderately.

“It is something you want to buy to treat yourself or to treat a special person,” Harte said. 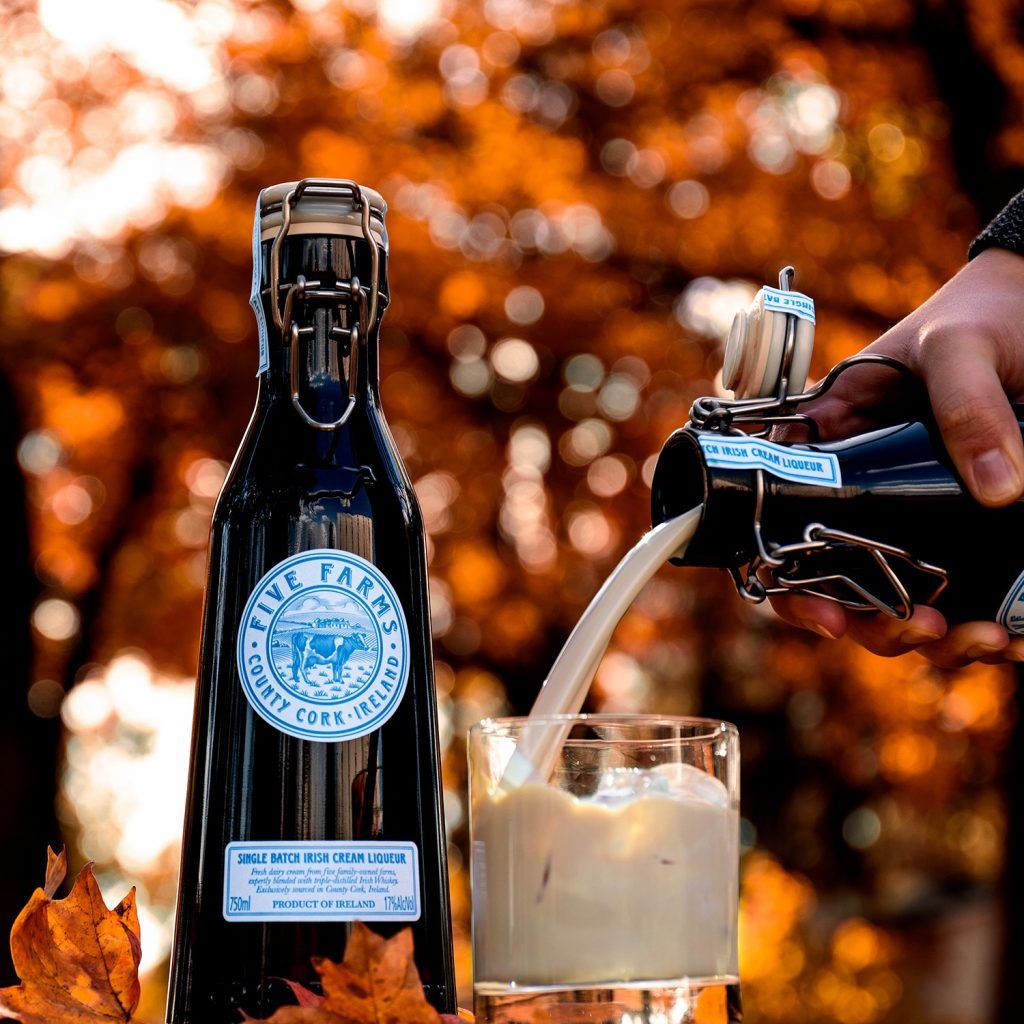 Five Farms is stocked by Supervalu and Centra, O’Briens, and many independent off licences

The shadow of Covid-19 looms over sales this year, with Dublin Airport, hotels and restaurants all affected by the pandemic. Five Farms did secure a boost last month with their UK launch at the prestigious Harrods of London as well as the Oddbins chain of off licences.

This year may have its challenges, but Harte is hopeful that 2021 will give us many more reasons to pop a bottle.

“I think we all have to knuckle down for one year, and I’m pretty sure this time next year Covid will be a bad memory, fading fast.”

For more on Five Farms Irish Cream, check out fivefarmsirishcream.com 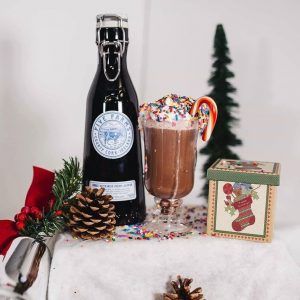