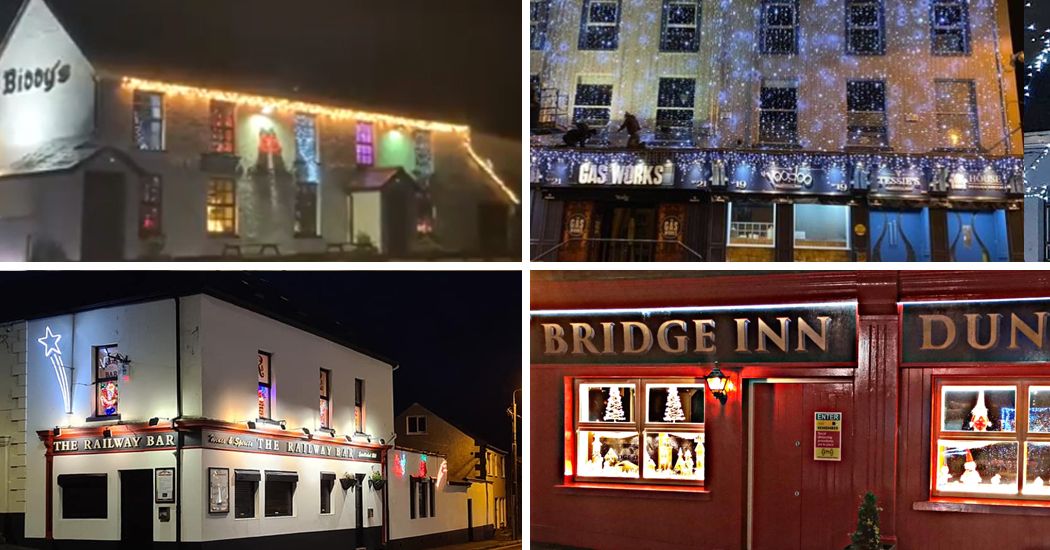 In Pictures: Donegal pubs light up early to highlight struggles

Pubs across Donegal switched on their Christmas lights early last night as part of a nationwide campaign to show that the industry is ready to reopen.

The #KEEPTHELIGHTSON campaign aims to highlight the struggle that publicans, bar-staff and their families are facing in order to keep the lights on.

Pubs across the county turned on their Christmas lights to show how, in many villages and townlands, the local pub may be the only beacon of light on dark winter nights.

One of the eight “beacon” pubs in the campaign was Biddy’s O’Barnes in Barnesmore Gap, which was supported the Guinness Raising the Bar fund to feature in a film.

We’re ready for a safe reopening in December. #KEEPTHELIGHTSON pic.twitter.com/FQshrx07cB

The campaign, led by the VFI, LVA and Hospitality Ulster in association with the Guinness Raising the Bar, took place to show that pubs have an an extensive range of measures in place to make them safe for reopening this Christmas. The financial impact of Covid-19 pub closures was also put under the spotlight, with 50% of pubs throughout Ireland allowed to open for only 2 out of the last 37 weeks.

Padraig Cribben, Chief Executive of the VFI commented: “Pubs around Ireland have invested heavily in ensuring their outlets are ready to reopen safely, with almost 50% of publicans having borrowed as much as €16,000 since March—one in five as much as €30,000. Whether it’s physical infrastructure such as PPE, Perspex screens and hand sanitiser or training for staff we know that they have done what’s necessary to ensure that pubs can reopen safely alongside other sectors such as retail. Now all that these locals around the country want is the chance to reopen safely on time for Christmas.”

Donall O’Keeffe, CEO of the LVA said: “Before the Covid-19 pandemic, 6 out of 10 people typically visited their local pub at least once a month. As part of this joint campaign with the Guinness Raising the Bar fund we hope that the public will also show their support for a safe reopening of their local as we enter a Christmas period that will be decisive in keeping the lights on in pubs around Ireland.”