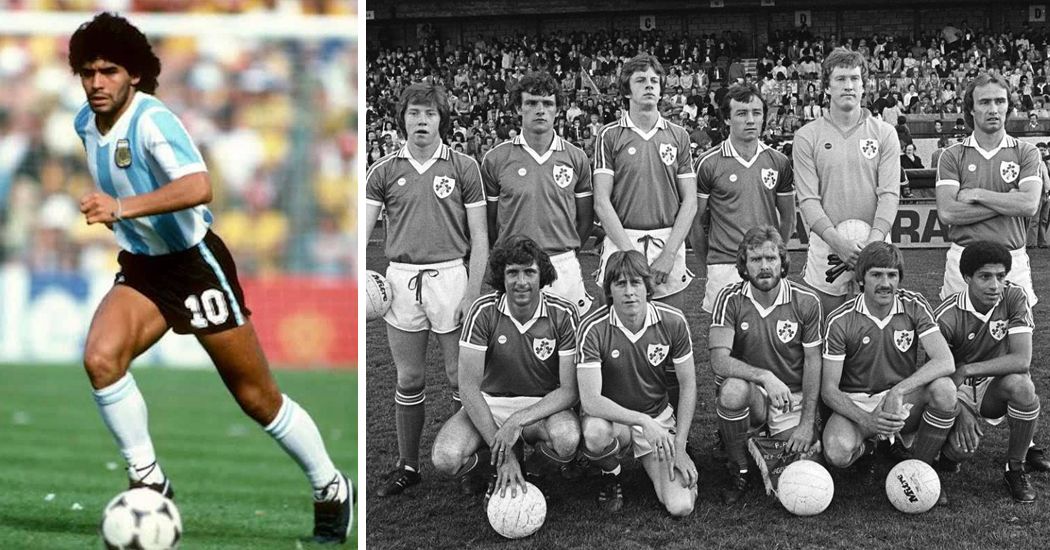 LEGENDARY footballer Diego Maradona has died aged 60 after suffering a cardiac arrest at his home in Argentina. A former Finn Harps star played twice against the Argentine icon …

IT IS only six months since Paul McGee sat down to recall the moment.

The Sligo-born forward won an FAI Cup with Finn Harps in 1974 after coming back to Ireland from a spell at Kidderminster Harriers.

McGee was back in England again in the late 1970s and was capped 15 times for the Republic of Ireland from 1978.

McGee played in a charity match for UNICEF in 1979, a 0-0 draw against Argentina at Lansdowne Road. No caps were awarded for the unofficial match.

A year later, though, Argentina, the 1978 World Cup winners, were back in Ballsbridge.

Diego Maradona, who would become one of the greatest players world football ever saw, was a half-time substitute in the 1979 match.

In May 1980, Maradona started for Argentina and McGee was also included in the Irish side – one of only four players to have played in both games. Gerry Peyton, Don Givens and Tony Grealish were the others.

McGee still has the video of the game. One passage sticks out.

“In one situation the ball went up in the air, myself and Maradona went for it and I flattened him, we shouldered each other but he was smaller than me,” McGee recalled in an interview with the Irish Independent.

“I knocked him over and won the ball and on I went.”

A crowd of 30,000 turned out at Lansdown Road, where José Daniel Valencia netted the only goal of the game – a goal that had Maradona at its hub.

Maradona had also netted for Argentina in a 1-0 win over a League of Ireland XI a couple of years earlier.

After a nomadic career, McGee returned to Harps in 1992, playing 13 more games and scoring four goals.

In his first spell, he played 53 times for Harps, netting eight goals.

He said: “I was just a lad from Sligo, so to have the career I had, to win 15 caps and play at a decent level in England and Ireland is something I am proud of.

“To say I played for Ireland against Maradona, twice, and won the ball off him, where we did well in the two games, against one of the best-ever players in the world. That’s something to stand over.

“You do loo back and think, yeah I played with lads of that standard. He was one of the best players in the world, one of those guys you come up against who is just streets ahead of everyone else, playing for the world champions in Dublin.”