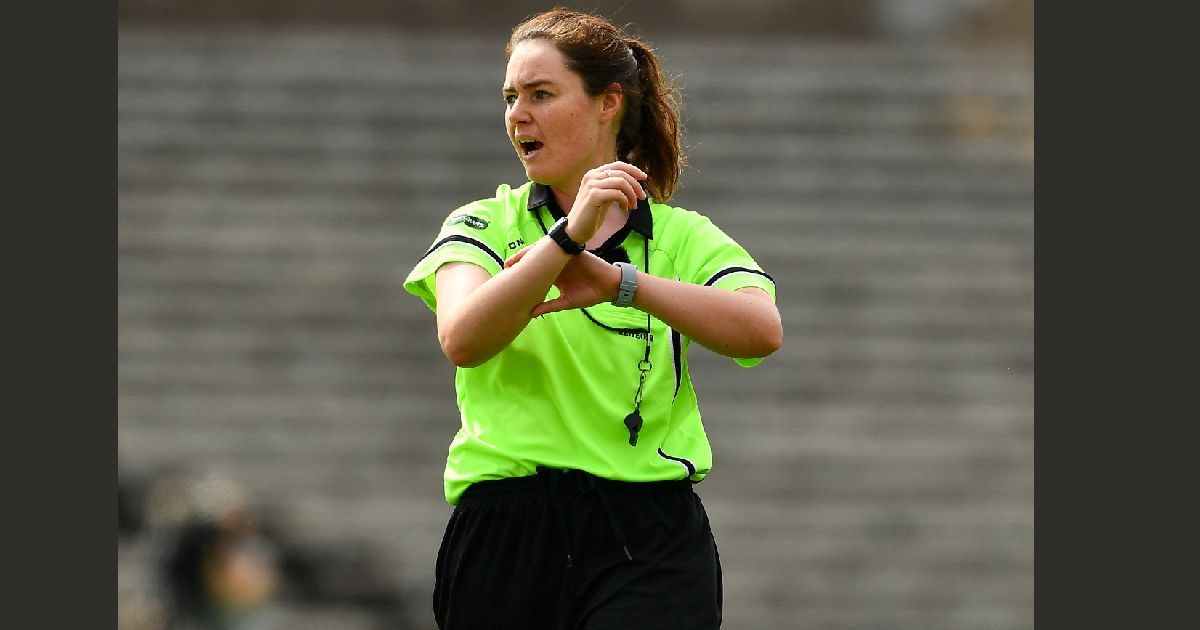 A DONEGAL referee will take charge of the 2020 TG4 All-Ireland Junior Championship final.

The Ladies Gaelic Football Association has confirmed that Gaeil Fhánada’s Siobhán Coyle will be the referee for Saturday-week’s game between Fermanagh and Wicklow at Parnell Park.

The big game will be shown live on TG4.

“I’ll try to prepare the same as I always do – and it should be a high-scoring, open and free-flowing game between Fermanagh and Wicklow.”

A primary school teacher at Scoil Mhuire Gleneely, Inishowen, she has been refereeing since 2011.

Siobhán graduated from the LGFA’s Referee Academy to join the national panel two years ago, and she took charge of the memorable 2019 All-Ireland Junior Club Final between Donaghmore (Cork) and CL MacHale Rovers (Mayo).

Among Siobhán’s 2020 assignments to date were the Division 1 Lidl National League clash between Dublin and Waterford, the Donegal Senior Championship final, won by Glenfin against Termon, and the recent Antrim v Derry fixture in the group stages of the TG4 All-Ireland Junior Championship.

Donegal’s Sinéad McHugh will be the fourth official for the game.