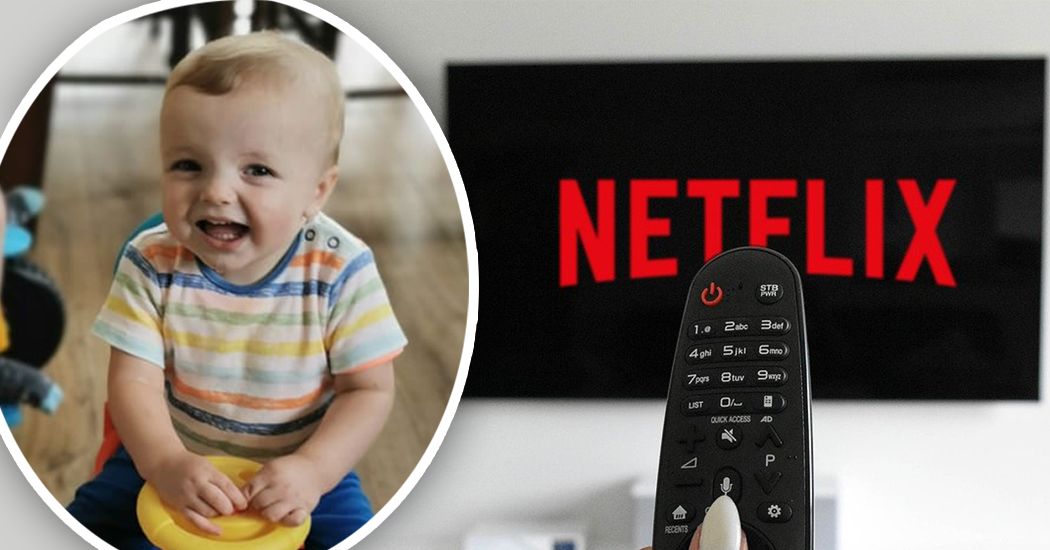 Movie streaming giant Netflix has asked a young Donegal lad to star in an advert for one of their Christmas blockbusters.

Little Liam Harkin captured the public’s imagination when he was filmed by dad Ian saying “wow” with an open mouth as he watched feelgood festive movie ‘Jingle Jangle: A Christmas Journey.’

The film, which stars Forest Whitaker, Hugh Bonneville and Ricky Martin., will be watched by millions of people around the globe this festive season.

The musical spectacular was inspired by classic films Willy Wonka and Chitty Chitty Bang Bang and is being watched by thousands of families across Ireland.

One of its stars Anika Noni Rose saw young Liam saying ‘wow’ as he watched her singing on the film and retweeted the video to her millions of fans saying it was the best review she ever received.

You all got the approval of our boys today too! Dancing the whole way through! pic.twitter.com/RttBskrwF7

Now Netflix has decided Donegal lad Liam’s reaction is so good that they want to use it in their Christmas adverts.

The movie giant contacted Liam’s dad Ian, who owns toy company Lottie Dolls, to ask if they could use the clip.

A shocked Ian said “I had to say yes because the boys just loved the film and so did I. I think it really catches the spirit of Christmas.

“I’m not sure how they’re going to use the clip but we’re all looking forward to seeing Liam saying ‘wow’ on Netflix.

“It’s all a bit surreal to take in. I just tweeted the video of Liam’s reaction and the entire thing just snowballed from there.

“It was lovely when Anika Noni Rose retweeted it and then said she loved the reaction.

“But when Netflix contacted out of the blue asking to use the clip then that was just the icing on the cake,” he said.

He added “We had been looking forward to Christmas because it has been a tough year for everyone but this is goinhg to make it even more enjoyable this year.”