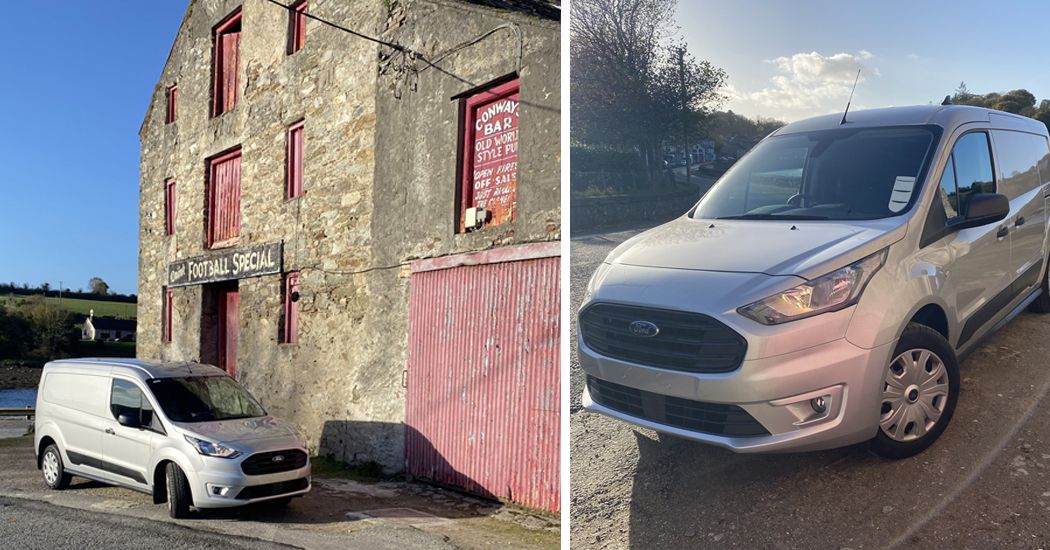 It’s the oldest in the Ford family, when the Ford Transit arrived in the sixties names like Cortina, Anglia and Corsair were familiar in the family. It was even there before the Escort arrived, and is still there long after the Escort has gone. It’s one of the most well known names in the commercial van scene for nearly 60 Years.

The Ford Transit has served everyone from the small businessman right through to the fleet companies. Over the years the Transit, in different forms, has replaced all of the commercial range in Ford right from the Ford D Series, the A Series and even replaced the old Ford Escort van. Now it has a wide range of body sizes and types to produce a Ford Transit for every requirement. 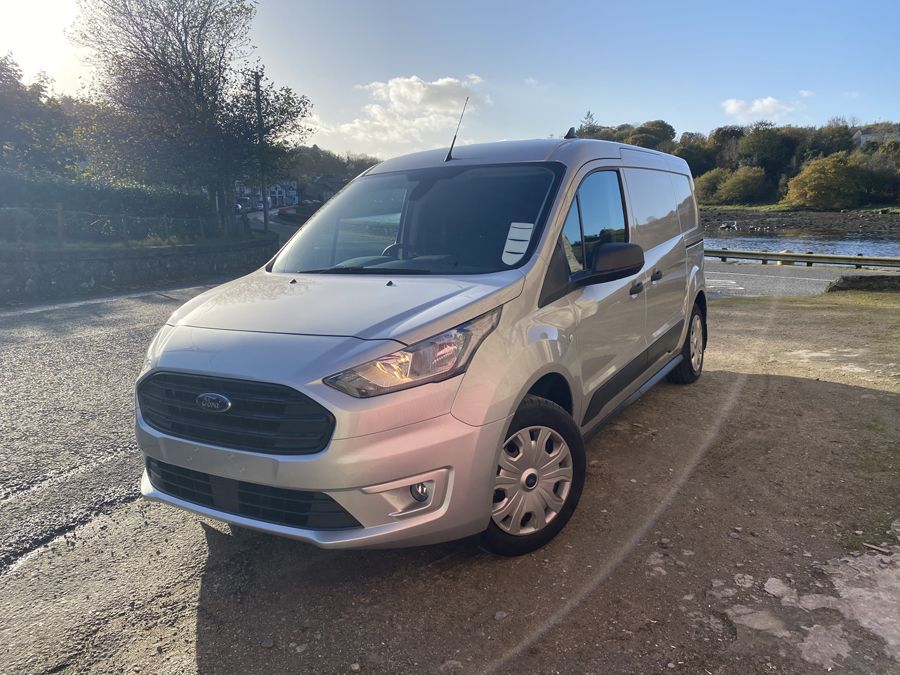 The New Ford Transit Connect which we recently drove before the lockdown. Photo Brian McDaid. 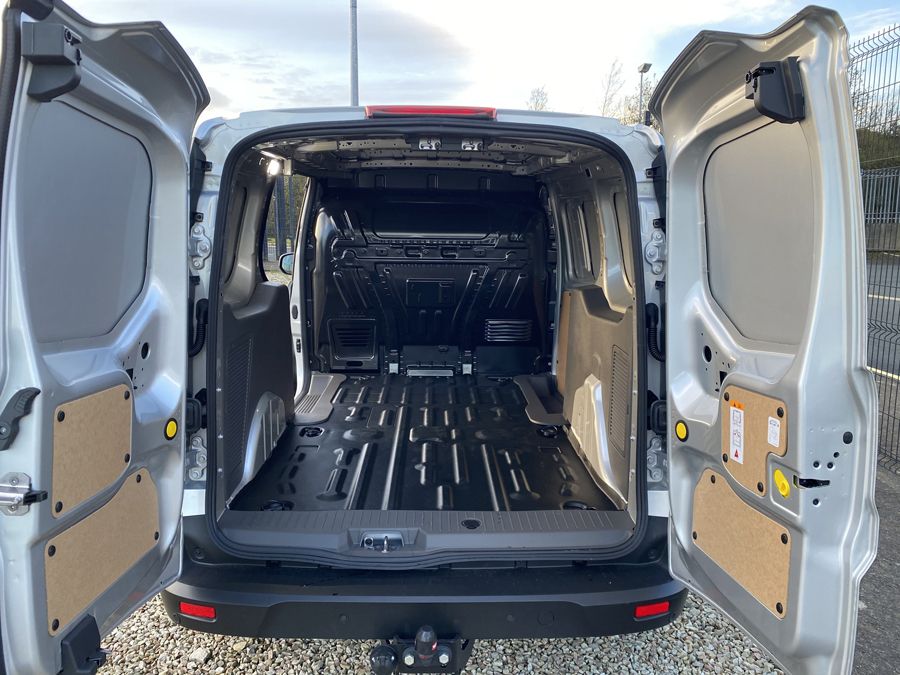 A view of the space available in in the long wheel base version of the Transit Connect. Photo Brian McDaid

This week we are recalling a recent test drive of the Ford Transit Connect ( Courtesy of Hegarty’s Ford in Letterkenny ) before this present lockdown. It is one the smaller Transit in the range, but the Connect we drove wasn’t that small, it was a long wheel base version, in a beautiful silver grey. Ford also has a smaller commercial based van in the Fiesta. One that looks like the two door Ford Fiesta with the two back side windows panelled out.

This all sounds a bit confusing between the Courier and the Connect (in my view anyway). It would have been easier to just call it the Ford Escort van. But Ford, who now are on their 8th generation of the Ford Transit, have brought their fleet of Fords all under the one umbrella name, Transit. 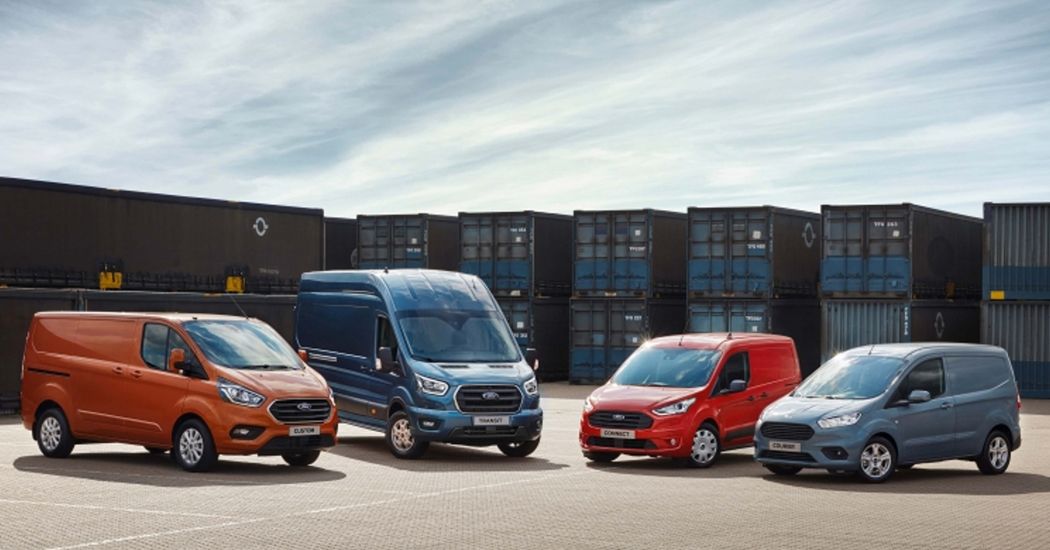 A view of the present 8th generation of the Transit range available.

With that cleared up, ( I Think ) I headed off in the Ford Transit Connect van. Out in the road and there is one thing that hits you right away, this does not feel like the driving position of a van, with the long windscreen out infront of you, well-appointed dash adjustments for both the steering wheel for rake and reach, and multi-adjustments on the driver’s seat, it feels more like a people carrier you’re sitting in rather than a commercial vehicle. 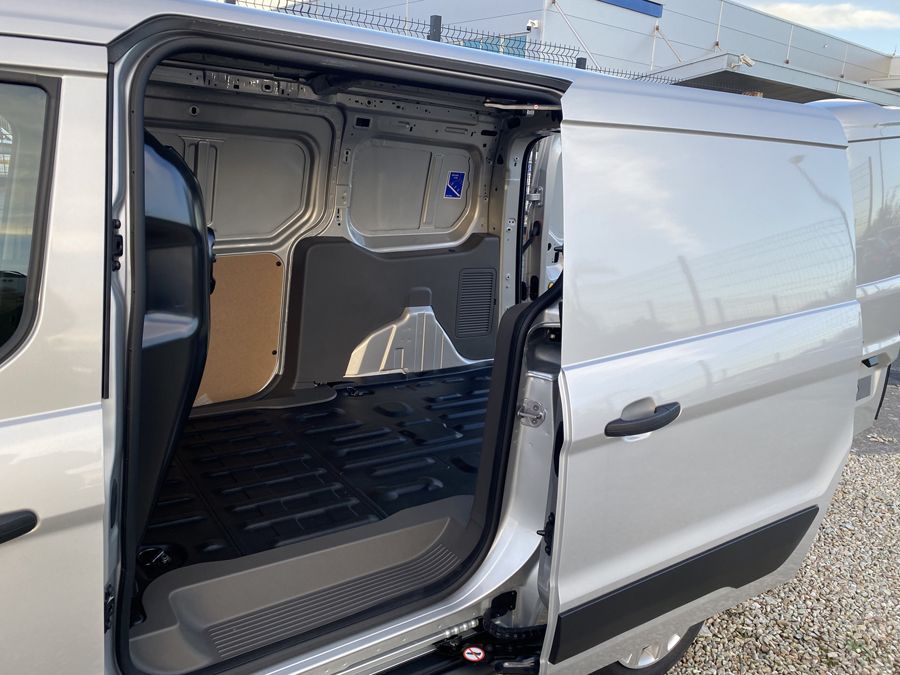 A view of the space available in in the long wheel base version of the Transit Connect. Photo Brian McDaid 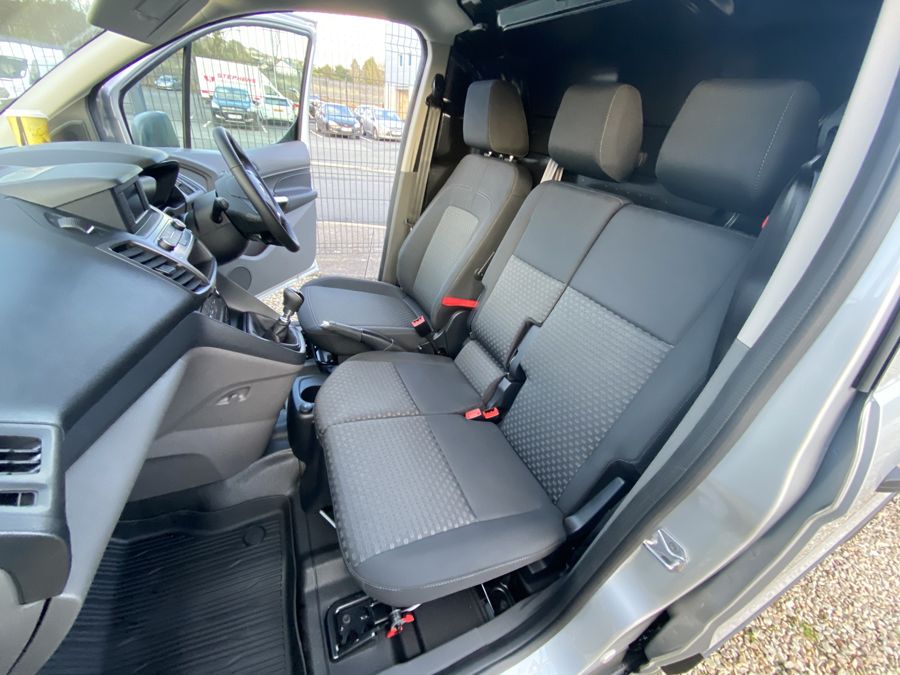 The three seats in the front of the Ford Connect that we drove recently. 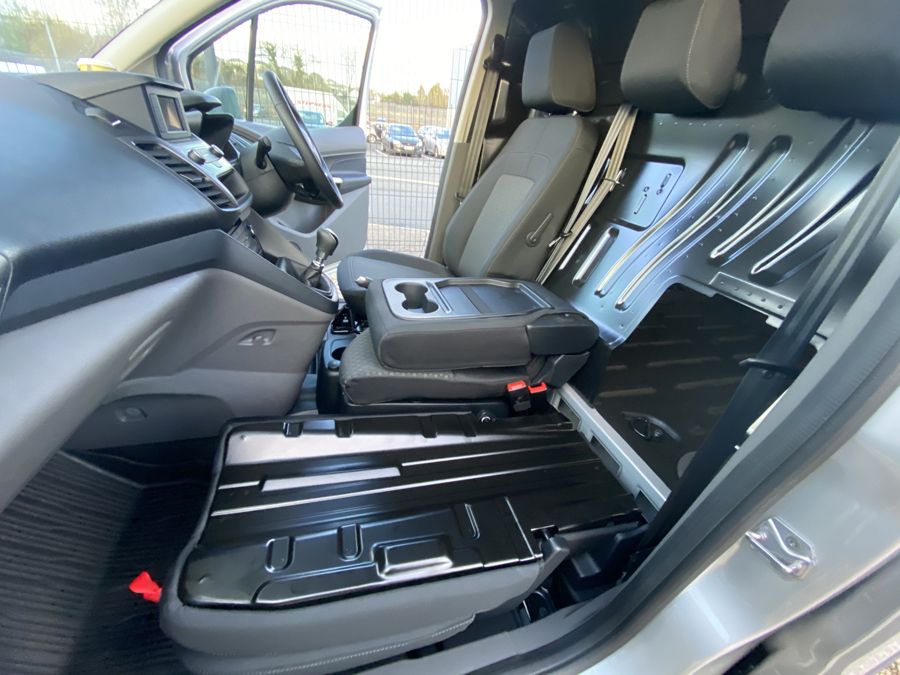 A view of the passengers seats in the folded down position to give more cargo room in the Ford Connect. Photo Brian McDaid.

The light commercial vehicle (LCV) is now the biggest and most competitive sector, so anyone competing for sales in this sector needs to offer a product that will fit all or as many needs of someone that spends longer hours on the road.

Our Connect is a three seater which is a must in order to carry a driver and two passengers. Mind you the third seat is small.

What I like about these two passenger seats is the way one can be folded right into the passengers footwell to increase the cargo space. Even the bulkhead that divides the passenger and cargo area has a flap that allows the cargo area to deal with long pieces of cargo. The middle seat folds forward as well which make a great working area for someone who is in a van all day with the usual complement of cup holders.

On the road there is a great view out of the front windscreen of the road ahead and two very well appointed side rear view mirrors to keep an eye on the road behind you. Our van had the well proven and very economical Diesel engine, pumping out 120 brake horsepower with a six speed gearbox which makes the courier very quiet running under 2,000 R.P.M. at the national spend limit. Add to that the benefit of cruise control makes this Ford a very enjoyable place to be behind the wheel. 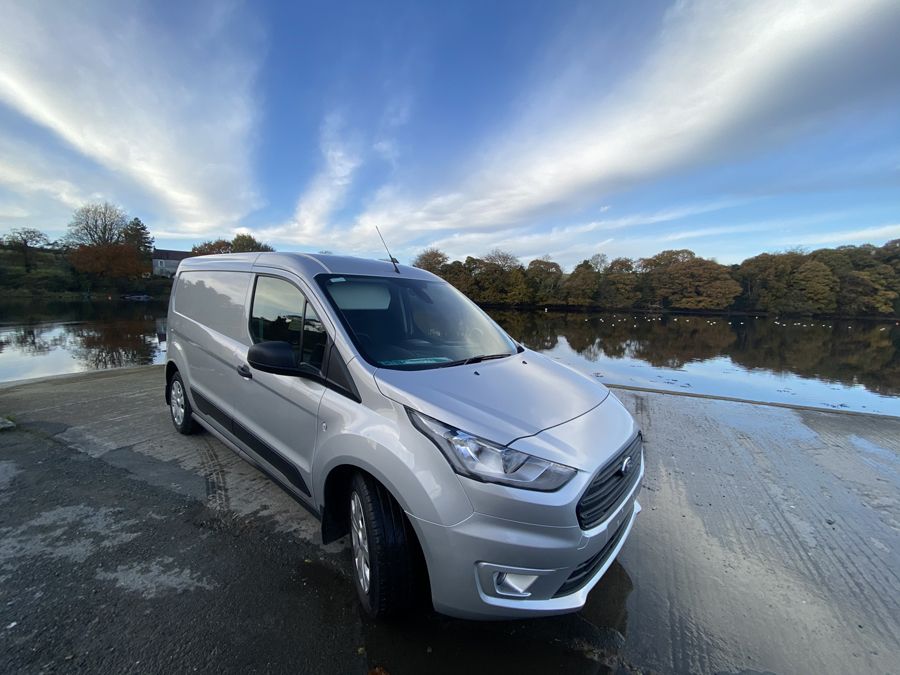 The New Ford Transit Connect which we recently drove before the lockdown. Photo Brian McDaid.

The first Transit I ever drove was in 1974, VIH 405. I tried to make it a long wheelbase when I accidentally caught its bumper on a concrete post at the back of our house in Glencar. In those days it was a one size fits all as far as the Transit was concerned. Transit’s first effort to offer a smaller Transit was the introduction of the Junior Transit, one of which I remember well, that my Late Uncle Johnny bought new when he retired from working with Irish Shell. I spent a few weekends one summer converting his new van into a homemade camper van, using Beauty Board and Cosy Wrap, I have a picture of it with Johnny on a fishing trip in it, water and gas one board. The Junior Transit wasn’t any smaller that the standard Transit, it just has smaller wheels and a tailgate compared to the normal transit which had two back barn type doors. 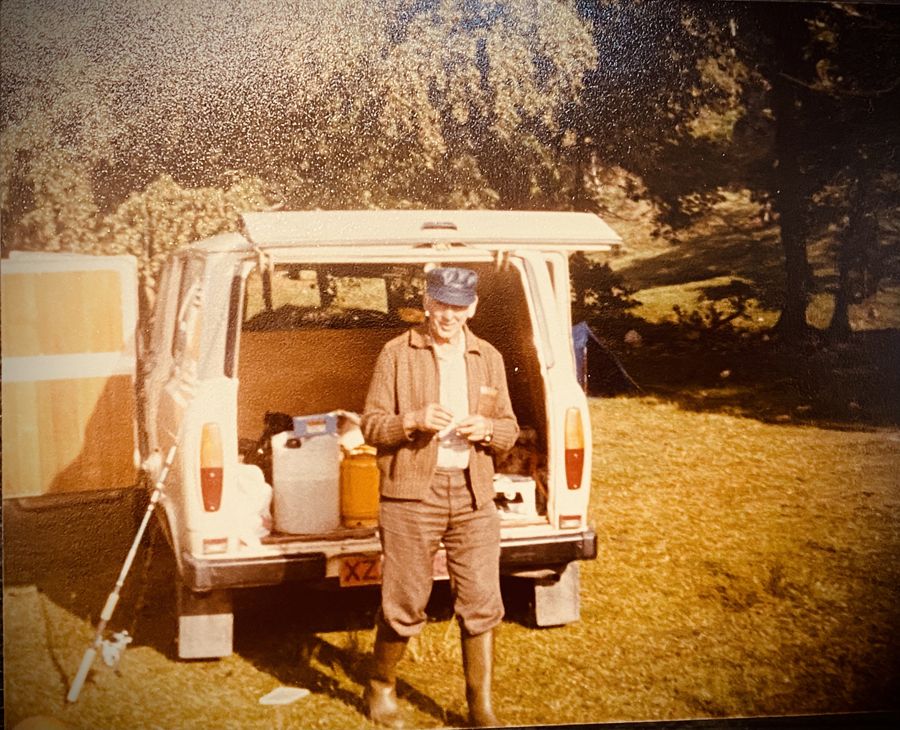 My Late Uncle Johnny on a fishing trip with his home made camper conversation from a Ford Transit Junior Photo Brian McDaid.

We had a very enjoyable day out in the Transit Connect. Ford has thought of everything with this van, it’s just like a wee working office on wheels. Phone connects up easily to the radio sat nav plots out the road ahead. The Transit, nearly 60 odd years on, will now have a Transit to fit your need in whatever type of work you need it to do.