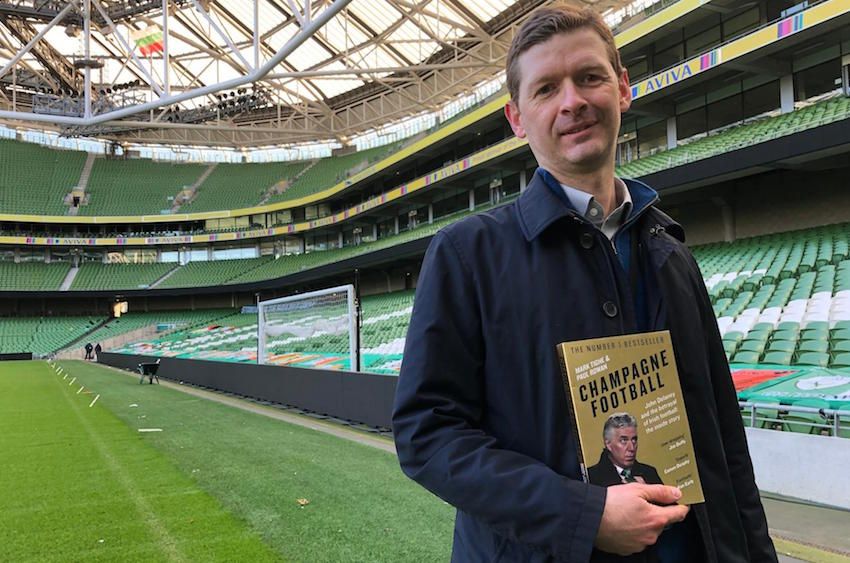 A Donegal writer has taken the Sports Book of the Year Award.

Mark Tighe and co-author Paul Rowan penned ‘Champagne Football’, a book which tells the story of life behind the doors of the Football Association of Ireland.

The book picked up the award at the An Post Irish Book Awards.

Following a series of revelations in the Sunday Times that began to emerge in March 2019, the book charts the demise of the FAI under the stewardship of former chief executive John Delaney.

Written by the Sunday Times journalists, Champagne Football was first published in September by Penguin Ireland.

The book is described as “a gripping, sometimes darkly hilarious and often enraging piece of reporting by the award-winning journalists who finally pulled back the curtain on the FAI’s mismanagement”.

Five other books were also shortlisted for an award that was won last year by Richie Sadlier’s autobiography ‘Recovering’, which the former Ireland striker co-authored with Dion Fanning.

Tighe and Rowan’sbook will now go forward to be considered for the overall Book of the Year Award.

Tighe was educated at St Bridget’s in Convoy and Raphoe Royal and Prior while the family home is in Donegal Town.