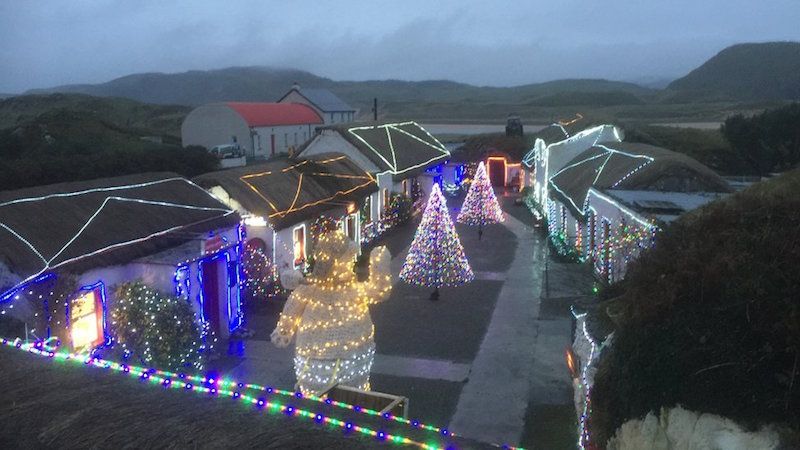 The owner of one of Donegal’s most popular Christmas attractions has revealed how he has been devastated by the fall-out from Covid.

Doagh Famine Village in Ballyliffin on the Inishowen Peninsula is a hugely-popular attraction for families from both sides of the border.

The centre normally welcomes from early November until late December for what is a truly magical experience for children and adults alike.

Owner Pat Doherty and his staff spend months planning the event down to the last detail.

But Mr Doherty has revealed that they have been hit hard by Covid revealing that of the 17,000 visitors who normally come through their doors each year, just 3,000 are expected this year.

“Our bookings start to come in in August and by September this year we stopped taking new bookings because of the way things were going [with the virus] in Donegal,” he said.

“November bookings had been cancelled due to restrictions in the Republic of Ireland, while Stormont’s restrictions have hit December bookings as most visitors to
Ballyliffin Lapland travel from Northern Ireland,” he told the BBC.

The mother-of-four was particularly delighted for her five-year-old daughter, Kaidence, who was born with spina bifida and hydrocephalus, a condition that causes a build-up of fluid in the brain.

She said meeting Father Christmas would have been a “magical” end to a terrible year for Kaidence, who is recovering from multiple brain surgeries.

But their visit has been cancelled due to the two-week period of tougher Covid-19 lockdown measures introduced in the North on Friday.