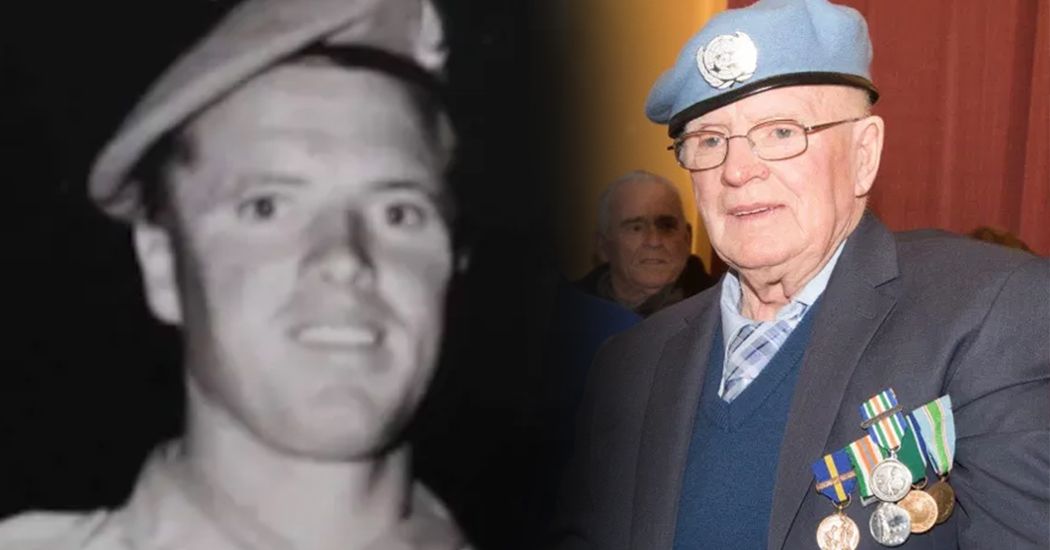 Donegal County Councillors have joined the renewed call for medals for gallantry to be awarded to Irish soliders who survived the Siege of Jadotville.

An independent expert group was announced earlier this month to examine the case of soldiers not being awarded medals for their effort in the 1961 battle.

The siege saw 155 Irish peacekeepers, including 11 men from Donegal, enduring an attack over five days from a large force of Katangese Gendarmerie. Outnumbered by 20-to-1, “A” Company, 35th Infantry Battalion held out without suffering a single fatality.

After the events, 33 men from A Company, 35th battalion were recommended for the Distinguished Service Medal (DSM) of gallantry by their commanding officer Colonel Pat Quinlan. Five soldiers were also recommended for the Military Medal for Gallantry (MMG). However, despite recognition of other forms in the past two decades, the medals were never awarded to the man due to decisions by a military board.

The matter was raised at today’s meeting of Donegal County Council, with Cllr Donal Coyle and Cllr Gerry Crawford calling on the local authority to support the requests for awards for the soldiers.

Cllr Coyle said that veteran Bobby Bradley of Killea, the former Private Robert Laurence Bradley, is among the surviving members who are deserving of the honour.

“I think it would be right and fitting that he be recognised along with the rest of his comrades, after what they achieved against all the odds,” Cllr Coyle said.

Cllr Gerry Crawford said he believed that the time is long overdue that the nation acknowledged and awarded due credit to the soldiers.

The council today agreed to make requests to the Supreme Commander of the Defence Forces, President Michael D.Higgins; the Taoiseach Michéal Martin T.D. and Minister for Defence, Simon Coveney T.D. to request that the recommended medals are awarded in recognition of the gallantry of all those who took part in the mission.